In the past days, some protesting women have set their headscarves on fire on the streets 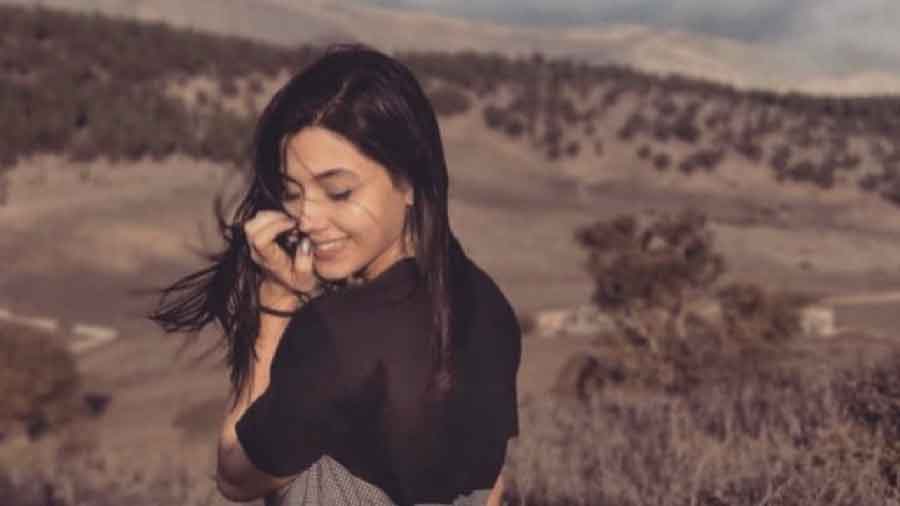 The large-scale protests against the Iranian government over the custodial death of a 22-year-old Kurdish woman who was arrested by the country's notorious "morality" police for allegedly violating the strict law on headscarves has reportedly spread to about 80 cities and towns.

Hundreds of protesters, mostly women, took to the streets following the death of Mahsa Amini - a Kurd native, chanting anti-government slogans that target the core of the Islamic regime and its Supreme Leader Ayatollah Ali Khamenei.

The death toll in the violent clashes with security forces has reached as high as 26, Iranian state TV indicated on Friday. The unrest, said to be the worst in recent years, has also spread to about 80 Iranian cities and towns.

At least five security personnel have also been killed and several others injured while trying to confront protesters in Mashhad, Quchan, Shiraz, Tabriz, and Karaj, it added.

Amini's tragic death has fuelled an outpouring of long-simmering anger over restrictions on personal freedoms in the Islamic nation.

In the past days, some protesting women have set their headscarves on fire on the streets in what can be described as an unprecedented act of disobedience, while men burned banners of the Supreme Leader in several towns including religious cities of Qom and Isfahan.

Protesters also tore and burned posters of Qaseem Soleimani - the Revolutionary Guard commander who was killed in a US drone strike in January 2020 - in his hometown Kerman. The late commander is celebrated as a symbol of the Iranian regime's strategic power projection in Syria and Iraq.

Iranian law requires all women to wear a head covering and loose-fitting clothing while in public places. The rule has been enforced since the 1979 Islamic Revolution, and it is obligatory for every woman in the country.

Amini from the north-western city of Saqez died in hospital on September 16, after spending three days in a coma. She was with her brother in Tehran when she was arrested by morality police. She fell into a coma shortly after collapsing at a detention centre.

There were reports that police beat Amini's head with a baton and banged her head against one of their vehicles, Acting UN High Commissioner for Human Rights Nada al-Nashif said.

The police have denied that she was mistreated and said she suffered "sudden heart failure". But her family has said she was healthy.

Meanwhile, Iranian President Ebrahim Raisi has said the death of a woman in police custody must be "steadfastly" investigated.

Speaking on a visit to the UN General Assembly in New York, Raisi accused the West of hypocrisy for raising concerns over Amini's death.

Raisi has said that he would not allow the country's security to be "threatened".

"We will not allow people's security to be put at risk under any circumstances," the BBC quoted him as saying, shortly after returning from the UN General Assembly in New York.

He said that Iran's "enemies" wanted to exploit the current unrest.

Raisi also said the government would listen to criticism over Amini's death, but would not be influenced by "rioting".

The heart-breaking death of Amini has captured immediate attention of the nation, with a woman protester describing the sense of feeling as If we don't become one, we will be taken down one by one."

Mehri, a middle-aged woman sitting at the park with her headscarf taken off and laying on her shoulders, said, "I want to go to the demonstrations but I can't due to my physical condition. But I don't wear my scarf on the streets anymore."

When asked whether she took part in the protests, Zahra, a lady in her 50s, said, what's the point? The blood of our youth is wasted and nothing will come out of it."

A man in his 60s, who identified himself as Sarabi, said, we should take the path of peaceful and continuous protests. Emotional outbursts that wear out too quickly won't get us far. We need a systematic approach. At this point strikes will be more effective."

Meanwhile, the state-owned Press TV reported that thousands of government supporters took to the streets in several cities to condemn "acts of vandalism by anti-government protesters" in the past few days.

While the systematic corruption has torn the economic fabric of Iran which is already crippled by stringent US sanctions, social injustice adds fuel to the flames of discontent.

Anti-government protesters allege that technocrats are marginalised in favour of religious socialites and connections overshadow credentials and qualifications for professional progress. Debilitating inflation and unemployment are affecting every family and class. Class gap widens every day and more people feel helpless in the face of deteriorating, they allege.

It is in this climate that social coherence is building among the suppressed and overlooked majority in Iran.

This is the fifth wave of generational mass protests the Islamic republic has witnessed since its inception in 1979.

While the ongoing demonstration is dubbed by some as an act of feminist activism triggered by public demand to defend women's rights; Iranian men stand shoulder-to-shoulder with their mothers, sisters, daughters, wives, and lovers to see it through.

Women celebrate their dream of freedom by dancing and singing while throwing their headscarves to the fire and grieve the death of Amini as well as other protesters as they cut long locks; while men stand guard.

A female reporter on Islamic TV Channel of Yazd County took off her scarf in front of camera and another national TV host was laid off and his show suspended due to his support of protests.

A day after Amini's death shops and businesses in every city across the whole county of Kurdistan went on a strike, despite threats made by security forces. Two days later Tehran Bazaar joined the strikes.

During the protests, universities, including University of Tehran and Shahid Beheshti, were at the forefront of unrest with students chanting the most radical slogans such as Mullahs should sod off .

Three prominent universities - Tehran, Khaje Nassir, and Shahid Beheshti - have returned to online classes for the upcoming week in an attempt to pacify the protesting students.

The last major protest in Iran - also known as Bloody November' - started in 2019 following a 50 per cent 200 cent increase in fuel prices.