Advertisement
Home / World / Indians in US held for distributing opioids

Indians in US held for distributing opioids 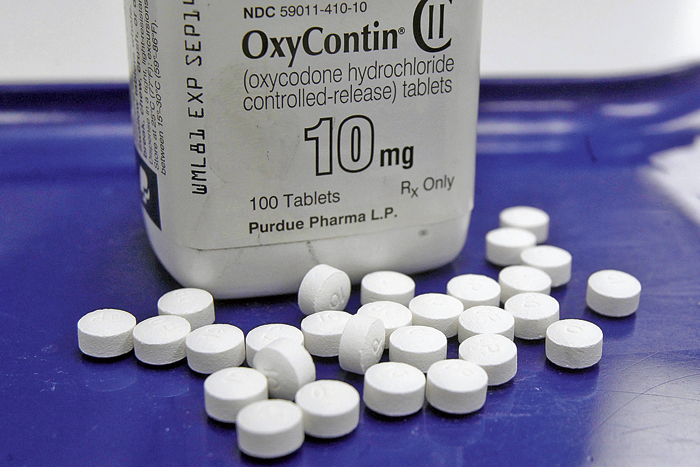 Eight Indian-Americans have been arrested and charged with importing millions of misbranded opioid pills into the US from India and distributing the potentially lethal substance drugs to individuals and entities in the country through US Mail and other commercial couriers.

Opioids are a class of drugs that include the illegal drug heroin, synthetic opioids such as fentanyl, and pain relievers available legally by prescription, such as oxycodone (OxyContin), hydrocodone (Vicodin), codeine, morphine, and many others.

The eight accused, who were arrested on Thursday, primarily operated out of a warehouse in Queens, a New York City borough, where they repackaged the pills and mailed them to customers throughout the US, according to the justice department.

The arrest of the eight Indians comes at a time when the the Trump administration is awarding nearly $2 billion in grants to states and local governments to help fight the opioid crisis and prevent its misuse and overdose.

Since January 2018, law enforcement authorities in the US had been investigating the large-scale importation of misbranded controlled substances, including tramadol, a synthetic opioid, into the US from India.

According to the justice department, the accused maintained daily ledgers detailing the names, addresses, pill size and pill amounts ordered by customers. During the course of the investigation, the defendants distributed millions of tramadol pills.

“As alleged, the defendants participated in a black market for prescription medications by distributing millions of opioid pills in tens of thousands of transactions in one year alone,” said US attorney Donoghue.

The illegal manufacture and distribution of opioids can result in overdoses and deaths, further fuelling the national crisis, said a Food and Drug Administration official investigating the case.