‘Someone said, Make America great again, but when has America ever been great?’ 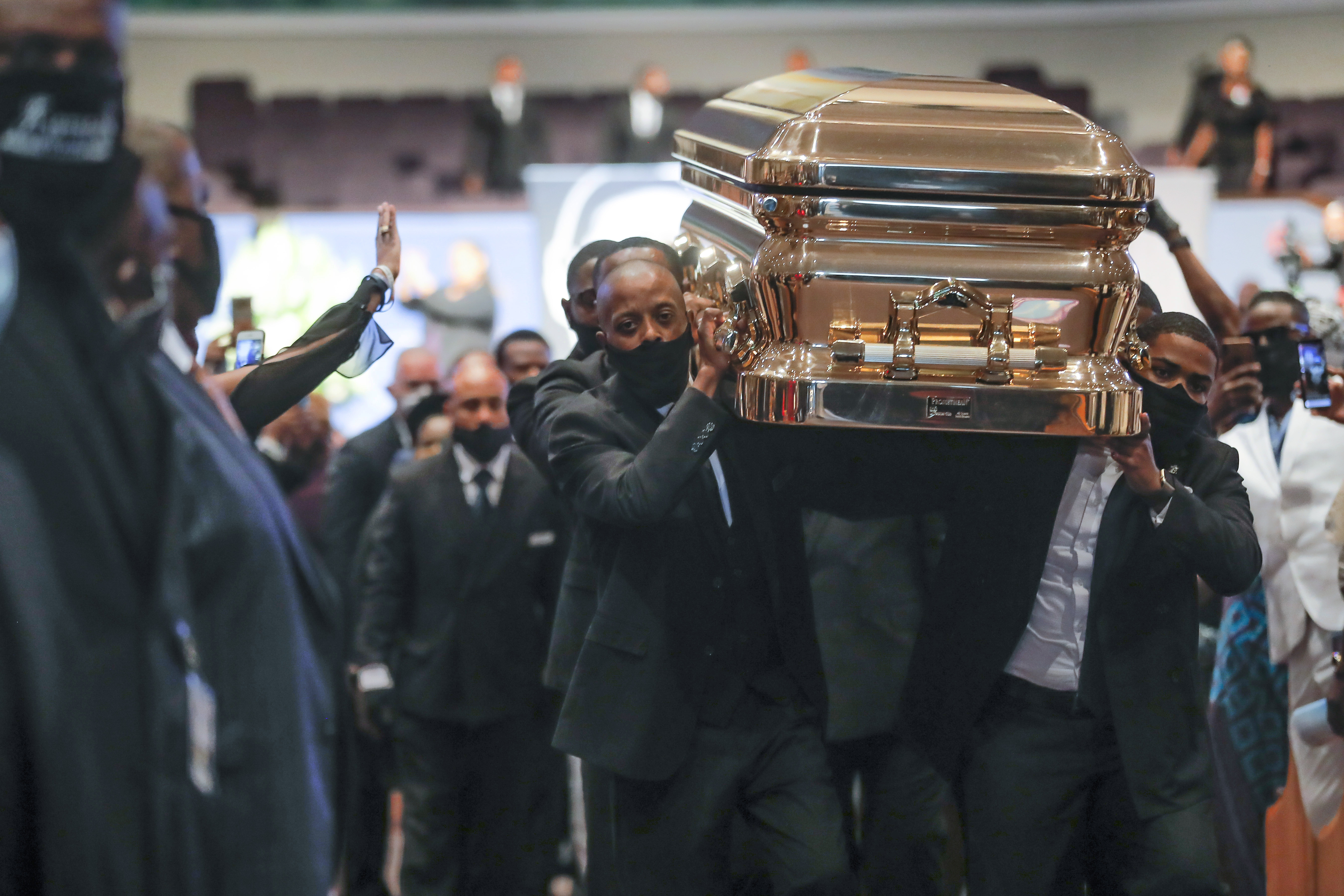 Hours before Floyd’s funeral began at a southwest Houston church, uniformed officers stood between the hearse and the front doors. As relatives and friends pushed the gold coffin with blue trimming into the church, the officers raised their hands in a show of respect.

Floyd’s funeral and the public viewing that preceded it a day earlier have been a counterpoint to the fury that his death touched off in cities across America. Floyd, who grew up in a tough public housing complex in Houston’s predominantly black Third Ward, was considered a native son, and the tone adopted by protesters, activists, elected officials and police officers has been one of honouring a grieving Houston family.

Inside the Fountain of Praise church, Floyd, 46, the emblem of an international movement whose name has been chanted by thousands of people since his death, was remembered as the son, brother, uncle and father that he was in life.

George Perry Floyd Jr was born in North Carolina but grew up in the Cuney Homes housing complex in Houston. He was a 1993 graduate of Jack Yates High School, where he played on the basketball team as a 6-foot-6 power forward “able to dunk with both hands.” And he was a father of five and grandfather of two, according to the funeral programme.

His relatives referred to him as “Superman”.

“The world knows George Floyd,” said Kathleen McGee, one of his aunts, surrounded by relatives, all dressed in white. “I know him as Perry Jr. He was a pesky little rascal, but we all loved him.”

Like the funerals of Michael Brown and Eric Garner in 2014, Floyd’s funeral became a moment of both national reckoning and mourning.

The funeral aired live on broadcast and cable television, and as it began at noon, the New York Stock Exchange went silent for eight minutes, 46 seconds — the length of time a Minneapolis police officer held Floyd’s neck under his knee before he died.

It was the longest moment of silence on the stock exchange floor in its 228-year history.

No one mentioned President Trump, but representative Al Green, Democrat of Texas, said that the next person in the country’s highest office needed to tackle racial inequality. And Brooklyn Williams, a young niece of Floyd, called for an end to hate crimes. “Someone said, ‘Make America great again,’ but when has America ever been great?” she said. “America, it is time for a change!”