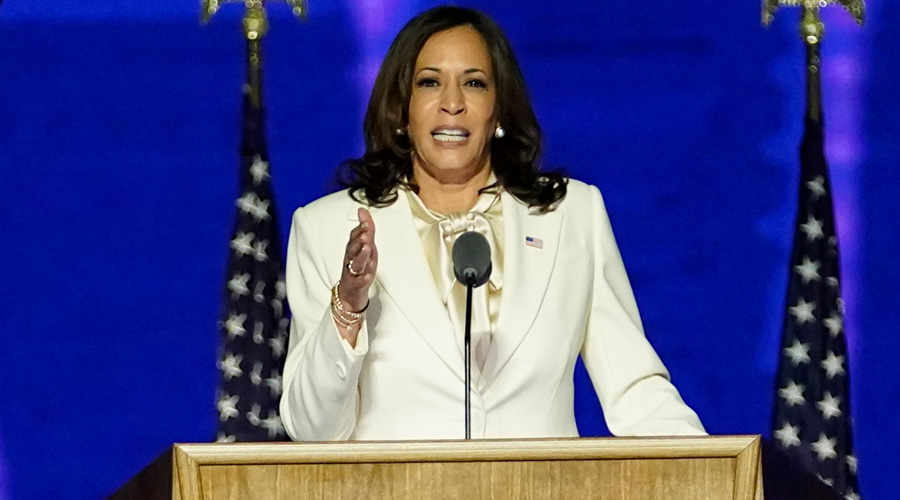 Chris Evans, Julia Louis-Dreyfus, Mindy Kaling, and Natalie Portman, among several other Hollywood personalities cheered Joe Biden and Kamala Harris' victory as the US President and Vice President, respectively, saying the long-awaited process of healing has finally begun for the country.

Biden triumphed over incumbent US President Donald Trump on Saturday in a divisive, bitter and closely-fought presidential election.

Senator Kamala Harris, who is of Indian origin, became the first ever woman vice president-elect of the United States.

Hollywood icon Arnold Schwarzenegger took to Twitter and extended his congratulations to the duo. “I say this after every election, and I'll repeat it now because some people need to hear it more than ever: I'm rooting for you, because your success is the country's success,” the 73-year-old star wrote.

At 77, Democrat Biden became the oldest man ever to be elected to the White House and will be the 46th president of the United States, after securing a major victory in Pennsylvania, the state where he was born, put him over the 270 electoral votes needed to win.

Meanwhile, Harris, aged 56, would also be the country's first Indian-origin, first Black and first African American vice president of the US.

Actor-comedian Louis-Dreyfus, who played Selina Meyer, a fictional Vice President of US in the award winning comedy ‘Veep’, said Harris has scripted history. “'Madam Vice President' is no longer a fictional character. @KamalaHarris,” she said.

Actor-writer Kaling, who is also of Indian origin, posted a picture of Harris and captioned, “crying and holding my daughter, 'look baby, she looks like us'.”

Portman said with the results, citizens can “breathe again for democracy” and celebrate Harris' historic, but long overdue achievement. “I am so grateful for the millions of people who voted for love and sanity and justice. I am so grateful for our children. And now I'm looking forward to being part of the necessary work we'll have to put in to our communities to get over these painful times,” Portman said.

Actor-producer Charlize Theron said Harris' victory was an “immensely proud’ moment for her, both, as a woman and a mother. “I can look at my kids and finally tell them they live in a country that has chosen character and humanity over hate,” Theron said.

Actor Halle Berry said she was “overwhelmed” with the historic win as it was a reminder of the power of democracy. “So very proud of #KamalaHarris and for what her victory means for women around the world,” Berry said.

Reese Witherspoon echoed a similar sentiment and called the duo's win as a “monumental day”. The ‘Big Little Lies’ star said the results mirrored how far women have come in America and acknowledged all those who laid the path for the revolution. “Thinking about all those who shattered glass ceilings and paved the way for a woman to finally be Vice President of the United States makes me so emotional. Sojourner Truth. Harriet Tubman. Shirley Chisholm.

"Ruth Bader Ginsburg. Kamala Harris. I salute them all. And to the young girls of our nation... dream big. Anything is possible," Witherspoon said.

Popstar Lady Gaga shared a photo with Biden on Instagram and wrote that by electing the duo, America displayed to the world one of the “greatest acts of kindness and bravery humanity has ever seen.”

“Nothing but love for our new Commander in Chief and the first female VP elected to the White House,” Gaga wrote.

Singer Demi Lovato said the election result shouldn't be about celebrating in the face of those that oppose ones views but rejoicing “from a place of love”.

"Combating the hate that has encompassed and oppressed so many of us the past four years. Let the healing begin," she said.

"This week was the longest year of my life. Thank you @JoeBiden and @KamalaHarris for bringing light into the darkness," he said.

In another tweet, Gad wrote, “The National nightmare is over”.

"How does it keep feeling better? The morning started off GREAT! But the joy just keeps coming in waves, making me feel lighter & lighter. It feels impossible to feel any happier, yet here I am, feeling happier w each moment. I'm happier now than when I started typing this tweet! (sic)," he tweeted.

"Community" star Ken Jeong, an American actor of Korean origin, dubbed Biden and Harris' win as "a victory for Democracy".

Trump, a Republican, was playing golf in Virginia when major media outlets called the race. He is now the first incumbent president to lose re-election bid after George H W Bush in 1992.

Filmmaker Jon Favreau took on Trump in a sarcastic tweet and congratulated him for creating history.

"The first one-term president in thirty years, and the only one to lose the popular vote twice. Congrats on making history, @realDonaldTrump," the "Iron Man" director wrote.

Biden and Harris would be sworn in as the President and Vice President of the country on January 20, 2021.