Aim is to allow someone else to be appointed to parliament in my place from the party, says former Lanka finance minister 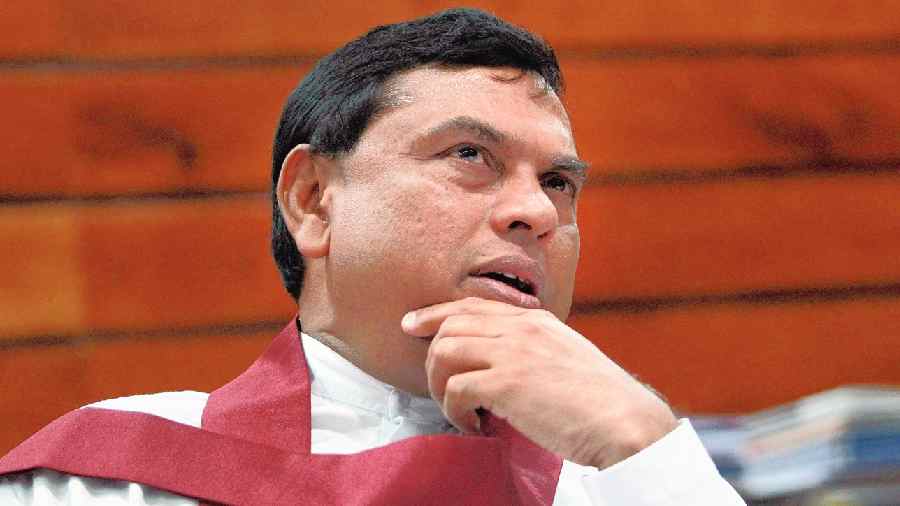 The brother of Sri Lanka’s President and the country’s former finance minister, Basil Rajapaksa, said on Thursday he had resigned from parliament, the second from the influential family to step away from government amid a severe economic crisis.

“From today I will not be involved in any government activities but I cannot and will not step away from politics,” Rajapaksa said.

“The aim is to allow someone else to be appointed to parliament in my place from the party,” he told reporters in Colombo, Sri Lanka’s commercial capital.

Mahinda remains a member of parliament.

The three Rajapaksa siblings have been key players in Sri Lankan politics for decades, but are blamed by protesters who have taken to the streets in their thousands in recent months for mishandling the island nation’s economy.

Infighting between the brothers has also played a part in Sri Lanka’s slide into turmoil but Basil Rajapaksa is likely to retain influence, Reuters has reported.

The country of 22 million people is suffering its worst economic crisis in seven decades, with shortages of fuel, medicines and cooking gas because a severe lack of foreign exchange has stalled imports.

Sri Lanka’s new Prime Minister, Ranil Wickremesinghe, is now leading efforts to find a way out of the crisis, with negotiations underway with the IMF for a loan programme and support from friendly countries, including India and China.

However, with only one seat in parliament, Wickremesinghe is dependent on the ruling Sri Lanka Podujana Peramuna (SLPP) party, which Basil Rajapaksa has helped rebuild into a political force.

“BR will continue to remain a force in Sri Lankan politics regardless of not being a MP,” said Bhavani Fonseka, a senior researcher at the Colombo think-tank Centre for Policy Analysis.

“The question is how much influence or control he has over the SLPP,” Fonseka said.

The SLPP and its coalition partners have a comfortable majority in the 225-seat legislature, and several sources have previously told Reuters that members of the ruling party remain loyal to Basil Rajapaksa. The veteran politician, who served as finance minister between July, 2021 and April this year, denied

he had failed to slow Sri Lanka’s descent into financial turmoil.