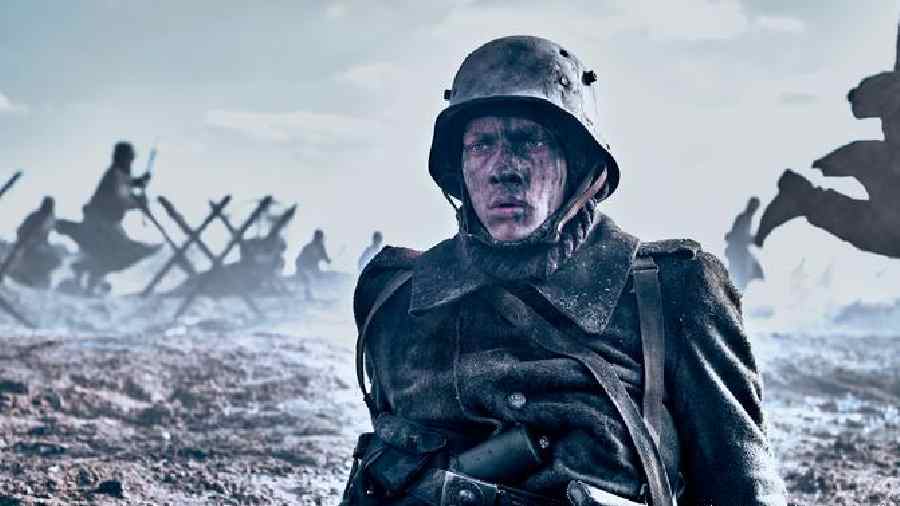 A jury in Munich decided on Wednesday evening which production should get a chance to win the best international feature film Academy Award in 2023 — and selected "All Quiet on the Western Front" by Edward Berger, who also directed the "Deutschland 83" TV series.

"All Quiet on the Western Front" is based on Erich Maria Remarque's 1929 novel of the same name, which is regarded as the epitome of the anti-war novel. The German author paints a portrait of a generation of young men who are in an upbeat mood when they leave school for the front; they end up perishing in the murderous war machine of World War I.

At the time, "All Quiet on the Western Front" was the biggest success in German literary history.

The novel was first adapted for the screen in the US in 1930, a film that won two Oscars. A second film version followed in 1979.

Berger's production is the third version, albeit the first from Germany.

Story more relevant than ever

"Erich Maria Remarque wrote a book almost 100 years ago that is, unfortunately, more relevant today than we expected," director Berger said after the announcement by German Films, the foreign representative of German cinema. He added that it's a great honor to enter the race for the Oscars with the film.

A first step in the Oscars run

Wednesday night's vote was just one of several preliminary steps in the race for the international Oscar.

The Academy will announce its short list of 15 international contenders in December. From this list, the five nominated films will be selected.

The last time Germany won the best international feature film Oscar was 15 years ago, with Florian Henckel von Donnersmarck's "The Lives of Others." Last year, Maria Schrader's futuristic tragicomedy "I'm Your Man" made it onto the short list but not into the final round.

The Oscars are scheduled to be awarded on March 12, 2023 in Hollywood.