The visa agreement with Russia has been in place since 2007 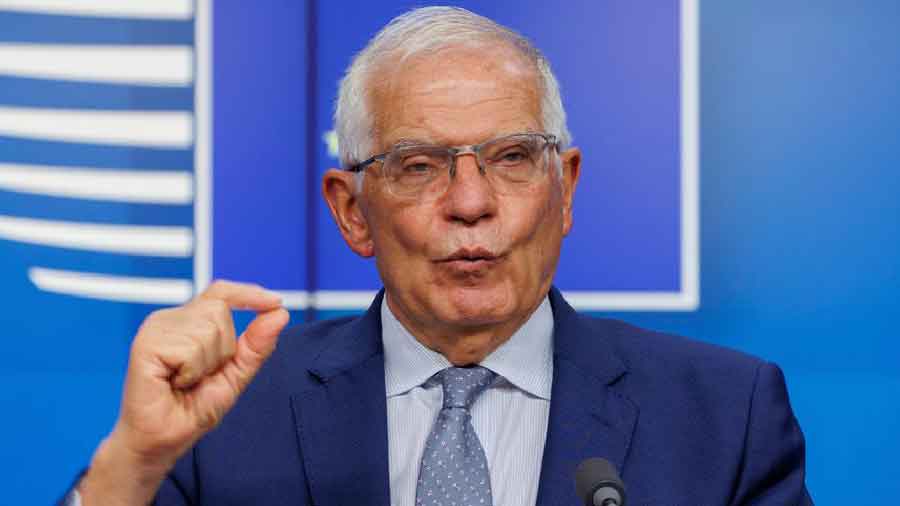 EU foreign ministers have agreed to suspend a 2007 visa facilitation agreement with Russia over the country's war in Ukraine, top EU diplomat Josep Borrell announced on Wednesday at the end of a two-day meeting of foreign ministers in Prague.

"This will significantly reduce the number of new visas issued by the EU member states. It's going to be more difficult, it's going to take longer," Borell added.

He also said there had been a substantial increase in border crossings from Russia into neighbouring states since mid-July.

"This has become a security risk for these neighbouring states," Borrell added. "In addition to that, we have seen many Russians traveling for leisure and shopping as if no war was raging in Ukraine."

How will visa process change?

The move is designed to prevent "visa shopping" by Russian applicants seeking easier entry to the European Union through member states with laxer rules, the EU foreign policy chief said.

Such a move would make the EU visa process more complicated, more expensive and more bureaucratic, as well as increasing waiting times for approval, according to European Commission guidelines.

The suspension comes after weeks of pressure from EU countries bordering Russia to crack down on Russian nationals travelling to the bloc on Schengen visas issued by some EU member states.

Diplomats said the EU ministers could not agree immediately on a blanket ban of travel visas for Russians as member states were split on the issue.

How many Russians visit EU?

According to the EU border control agency Frontex, almost a million travelers with Russian passports have come to the EU since the war in Ukraine started six months ago. The overwhelming majority of these travelers arrived in Finland (333,000), Estonia (234,000), and Lithuania (132,000).

The high number of trips by land to neighboring countries in the EU can be explained by the lack of direct flights between Russia and the EU since the outbreak of the war. As a result, countries like Germany and France are now more difficult to reach.