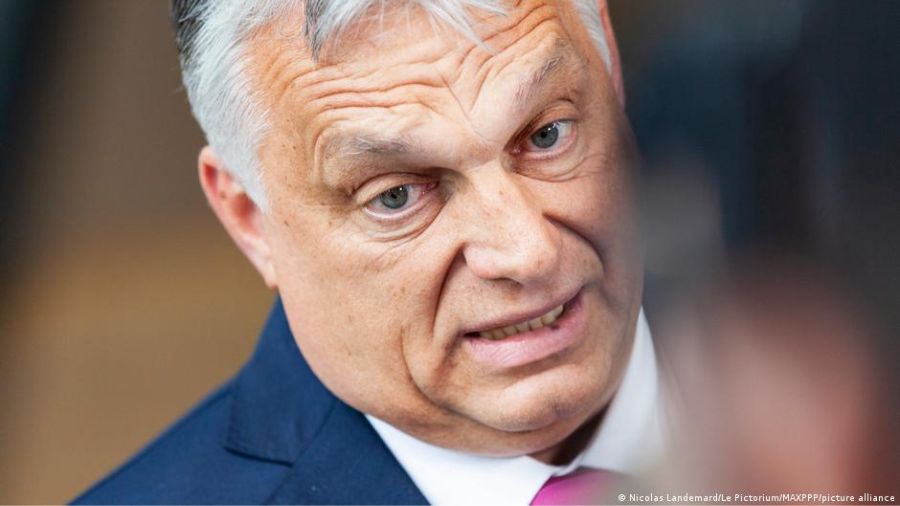 In a speech in Romania, Orban argued that Europeans should not "become peoples of mixed race."

"Such unacceptable statements, which clearly constitute a breach of our values, also enshrined in the EU treaties, have no place in our societies," the Conference of Presidents of the EU Parliament said Saturday in a strong rebuke of the far-right leader.

It comes a week after Orban, who was critical of EU plans to call for a reduction of 15% in gas consumption, also made a backhanded reference to Nazi Germany's use of gas chambers as a tool of mass murder.

"I do not see how it will be enforced — although, as I understand it, the past shows us German know-how on that," he said.

European Commission President Ursula von der Leyen stressed on Saturday that "all EU member states, including Hungary, have subscribed to global common values" which are "non-negotiable."

"To discriminate on the basis of race, is trampling on these values. The European Union is built on equality, tolerance, fairness, and justice," von der Leyen said in an interview with the Slovak news site aktuality.sk.

A longtime Orban adviser, Zsuzsa Hegedus, resigned on Tuesday in the aftermath of the fallout from the prime minister's words, calling the speech "a pure Nazi text."

In response to her resignation and years of service to his government, Orban said: "You cannot seriously accuse me of racism after 20 years of collaboration."

The International Auschwitz Committee labeled Orban's speech "hateful and dangerous" and called on the European Union "to make it clear to the world that a Mr. Orban has no future in Europe."

That organization's vice president, Christoph Heubner, called on Austrian Chancellor Karl Nehammer to take a stand against such hate speech when Orban is on an official visit to Vienna Thursday.