Despite confrontations between Israeli police and Palestinian protesters on Friday, there were no reports of Hamas rocket launches or Israeli air strikes 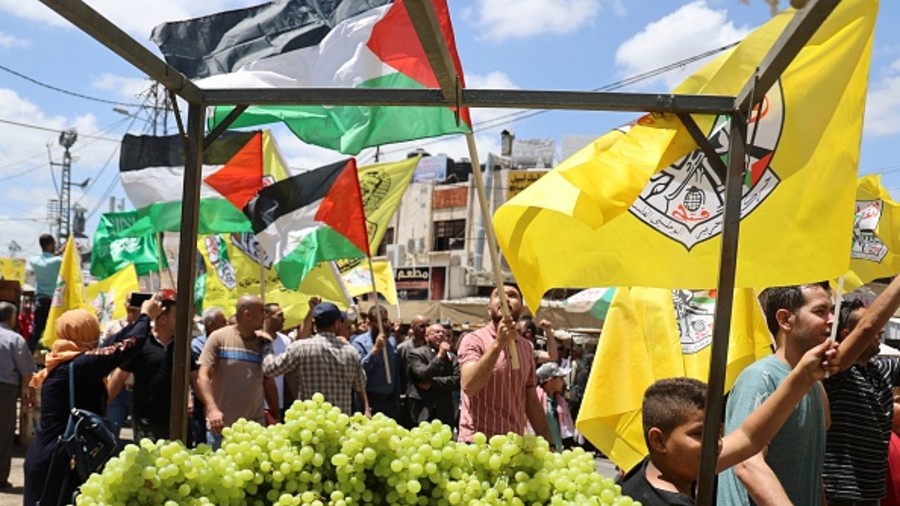 Palestinians wave flags as they take part in a rally to celebrate the ceasefire reached between the Islamist Hamas movement and Israel on Saturday
Getty Images
Reuters   |   Gaza   |   Published 23.05.21, 01:17 AM

Egyptian mediators sought to reinforce a day-old ceasefire between Israel and Palestinian militants on Saturday, and aid officials appealed for a period of calm to start tackling a humanitarian crisis in Gaza after 11 days of fighting.

The ceasefire, which began before dawn on Friday, was still holding on Saturday evening, enabling officials to start assessing the scale of the damage.

Despite confrontations between Israeli police and Palestinian protesters at a Jerusalem holy site on Friday, there were no reports of Hamas rocket launches from Gaza or Israeli air strikes on the Palestinian enclave overnight or on Saturday.

Rockets fired by Hamas and other Islamist militant groups paralysed towns in southern Israel during the hostilities, and caused widespread panic, but did much less damage than the bombardment of the Gaza Strip.

Palestinian officials put reconstruction costs at tens of millions of dollars in Gaza, where medical officials said 248 people were killed in the fighting.

A senior UN official who toured the densely populated coastal enclave on Saturday warned of increased health risks and widespread despair after homes, roads and other vital infrastructure including hospitals were damaged or destroyed.

“Everybody just needs to stand down and not to engage in any provocative moves,” Lynn Hastings, UN Humanitarian Coordinator for the Palestinian territories, said in a rubble-strewn area of Gaza City.