Advertisement
Home / World / Trump out of sight as clashes spill over

Trump out of sight as clashes spill over

Secret Service agents rush US President to the underground bunker 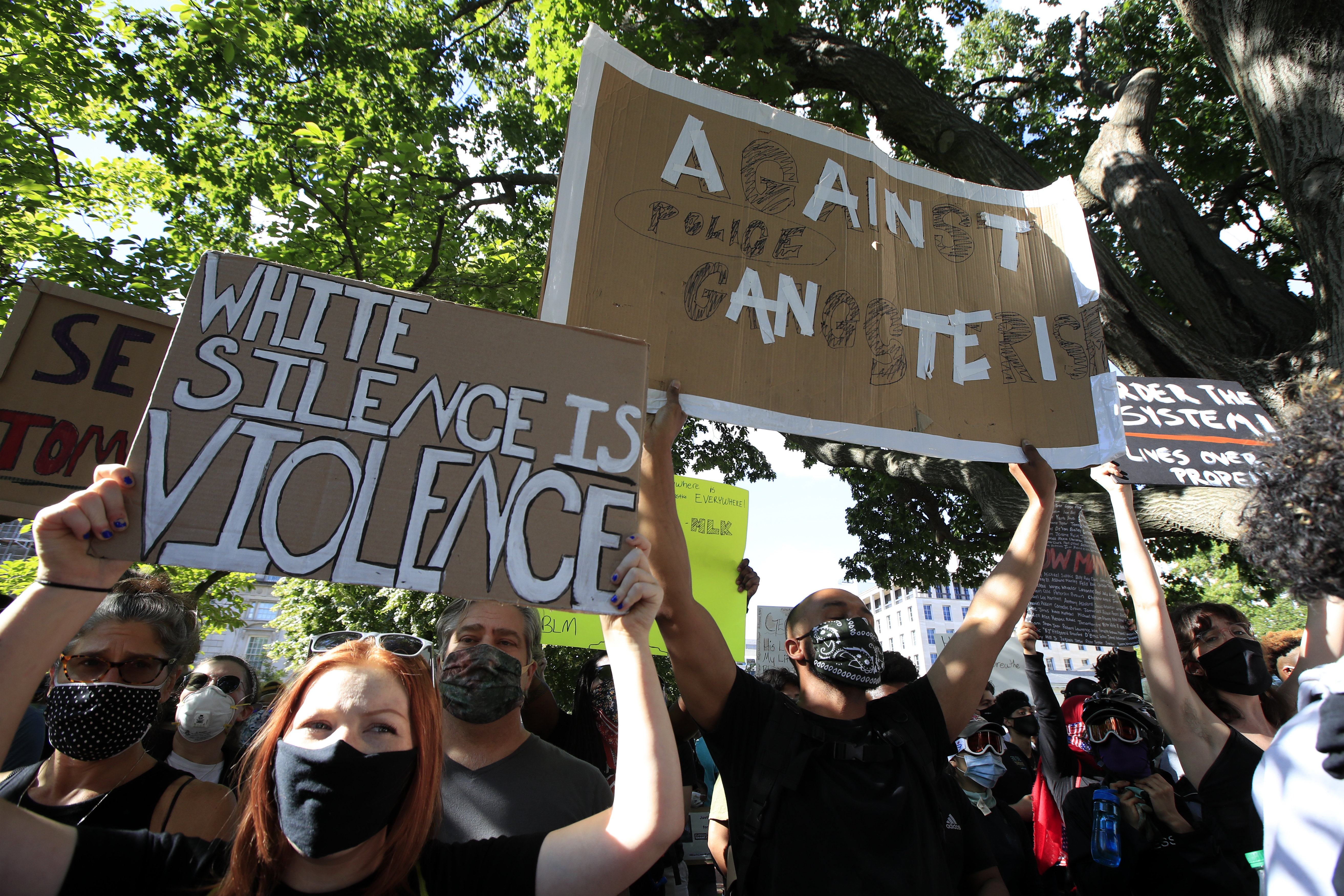 Inside the White House, the mood was bristling with tension. Hundreds of protesters were gathering outside the gates, shouting curses at President Trump and in some cases throwing bricks and bottles.

Nervous for his safety, Secret Service agents abruptly rushed the President to the underground bunker used in the past during terrorist attacks.

The scene on Friday night, described by a person with first-hand knowledge, kicked off an uneasy weekend at the White House as demonstrations spread after the brutal death of a black man in police custody under a white officer’s knee. While in the end officials said they were never really in danger, Trump and his family have been rattled by protests near the Executive Mansion that turned violent for a third night on Sunday.

After days in which the empathy he expressed for George Floyd, the man killed, was overshadowed by his combative threats to ramp up violence against looters and rioters, Trump spent Sunday out of sight, even as some of his campaign advisers were recommending that he deliver a nationally televised address before another night of violence.

The building was even emptier than usual as some White House officials planning to work were told not to come in case of unrest.

Thousands of protesters demonstrated peacefully near the White House during the day, but by nightfall, with hundreds still in the streets, the scene turned more volatile as crowds surged forward against lines of riot police with plastic shields as the two sides vied for control of Lafayette Square across from the White House. Protesters threw water bottles, set off fireworks and burned a pile of wood and at least one car.

One of the fires on H Street NW a block from the White House may have spread because soon afterward flames erupted in the basement of St John’s Episcopal Church, the iconic “church of Presidents” attended at least once by every chief executive going back to James Madison, but were soon doused by firefighters.

Businesses far away from the White House boarded up to guard against vandalism, and mayor Muriel E. Bowser ordered an 11pm curfew. The White House turned off at least some of its exterior lights.

Trump remained cloistered inside, periodically sending out Twitter messages like “LAW & ORDER!” until the evening, when he went quiet. While some aides urged him to keep off Twitter, Trump could not resist blasting out a string of messages earlier in the day berating Democrats for not being tough enough.

“Get tough Democrat Mayors and Governors,” he wrote. Referring to his presumptive Democratic presidential opponent, former Vice-President Joseph R. Biden Jr., he added: “These people are ANARCHISTS. Call in our National Guard NOW. The World is watching and laughing at you and Sleepy Joe. Is this what America wants? NO!!!”

the shorthand for “anti-fascist”.