Advertisement
Home / World / Donald Trump is 'all alone' in the White House, waiting for a border deal

Donald Trump is 'all alone' in the White House, waiting for a border deal 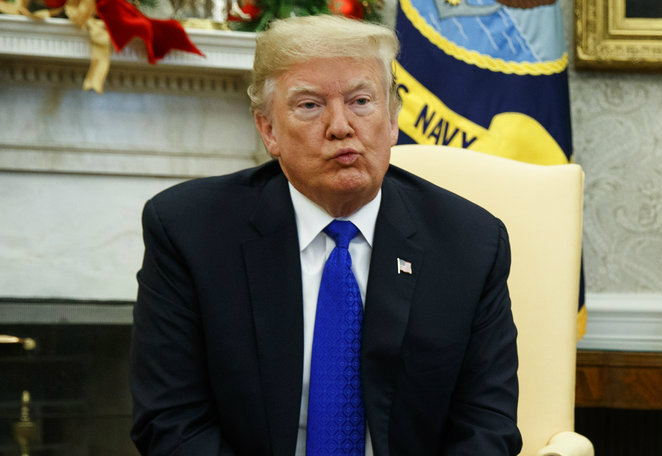 Bored at the White House on Christmas Eve, a lone Donald Trump spent the day slamming his critics, as the government entered its third day of partial shutdown initiated by a rift with Democrats over the President's long-promised wall along the US-Mexico border.

President Trump, who has cancelled his trip to his Mar-a-Lago resort in Florida on Monday, said he was 'all alone' in the White House waiting for the Democrats to come to the negotiating table to end the partial government shutdown.

Through a series of tweets and pictures, Trump showed he was working hard while the opposition Democratic lawmakers were in their homes celebrating Christmas.

'I am all alone (poor me) in the White House waiting for the Democrats to come back and make a deal on desperately needed Border Security,' Trump tweeted on Monday.

I am all alone (poor me) in the White House waiting for the Democrats to come back and make a deal on desperately needed Border Security. At some point the Democrats not wanting to make a deal will cost our Country more money than the Border Wall we are all talking about. Crazy!

Trump wants the Democrats to fund for a border wall to stop illegal immigrants from entering the US/ Democrats have refused his demands for $ 5 billion in funding for his border wall in a standoff that resulted in a partial government at midnight on Friday.

'At some point the Democrats not wanting to make a deal will cost our country more money than the border wall we are all talking about. Crazy!' Trump said.

Several hours later, Trump said in a tweet that he was in the Oval Office and working on border security.

'I am in the Oval Office and just gave out a 115-mile-long contract for another large section of the Wall in Texas. We are already building and renovating many miles of Wall, some complete. Democrats must end Shutdown and finish funding. Billions of dollars, and lives, will be saved!' he said.

He also tweeted a picture of him with senior administration officials for a briefing on North Korea.

Christmas Eve briefing with my team working on North Korea – Progress being made. Looking forward to my next summit with Chairman Kim! pic.twitter.com/zPTtDbrP0o

Later in the evening, he and the First lady Melania helped children across the country to track Santa.

'Nothing new on the shutdown. We need more security,' he told reporters during this phone call with children.

Santa Tracker is a 63-year tradition of tracking Santa's sleigh from the North Pole to children all over the world. 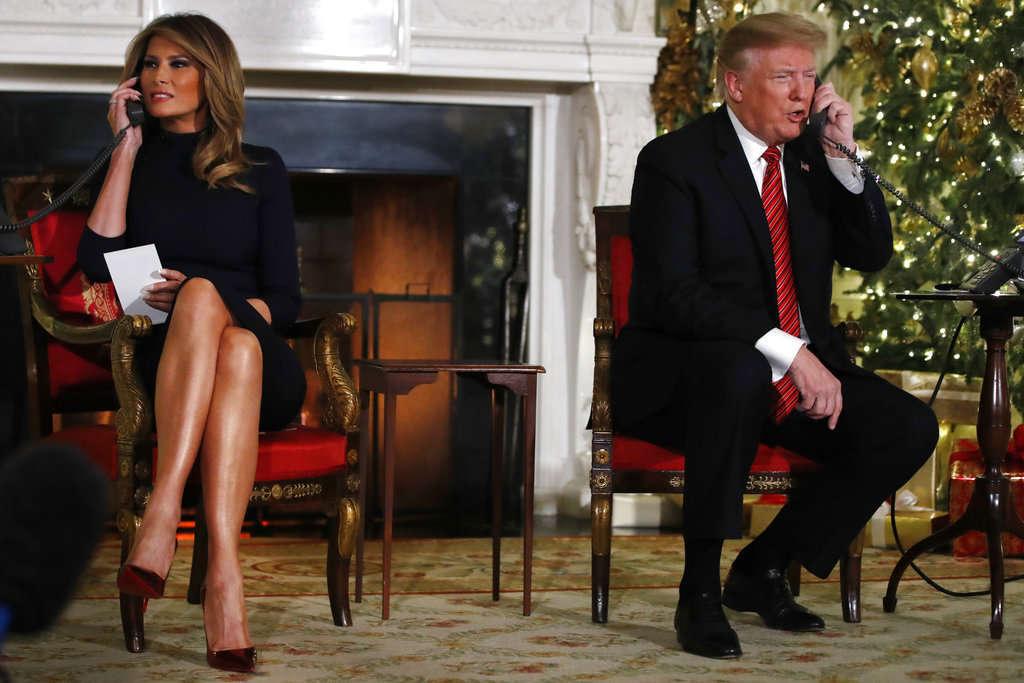 Despite the shutdown, military personnel were on the operation, as were reportedly some 1,500 people who volunteer each year.

Trump told a kid named Coleman, 'Hello, is this Coleman? Merry Christmas. How are you? How old are you?.... Are you doing well in school? Are you still a believer in Santa Claus?'

'How are you? Are you tracking Santa? ...I want to wish you a Merry Christmas. Thank you. Nice talking to you,' Melania told an unidentified child.

'What's Santa going to get you for Christmas? Who's with you....Have a great Christmas., and I'll talk to you again, OK?' Trump told another kid, possibly from Indiana.

'Are you tracking Santa? Do you know where he is?... I hope your dreams come true,' said Melania to another child.

Trump also could be heard asking kids where they were from and then thanking a general, possibly from NORAD or the North American Aerospace Command.

Trump and the First Lady attended a Christmas Service at the Washington National Cathedral on Monday night.