Trump aborts a "cocked and loaded" military strike against Iran

He indicated that the death of 150 Iranians would not be “proportionate to shooting down an unmanned drone.” 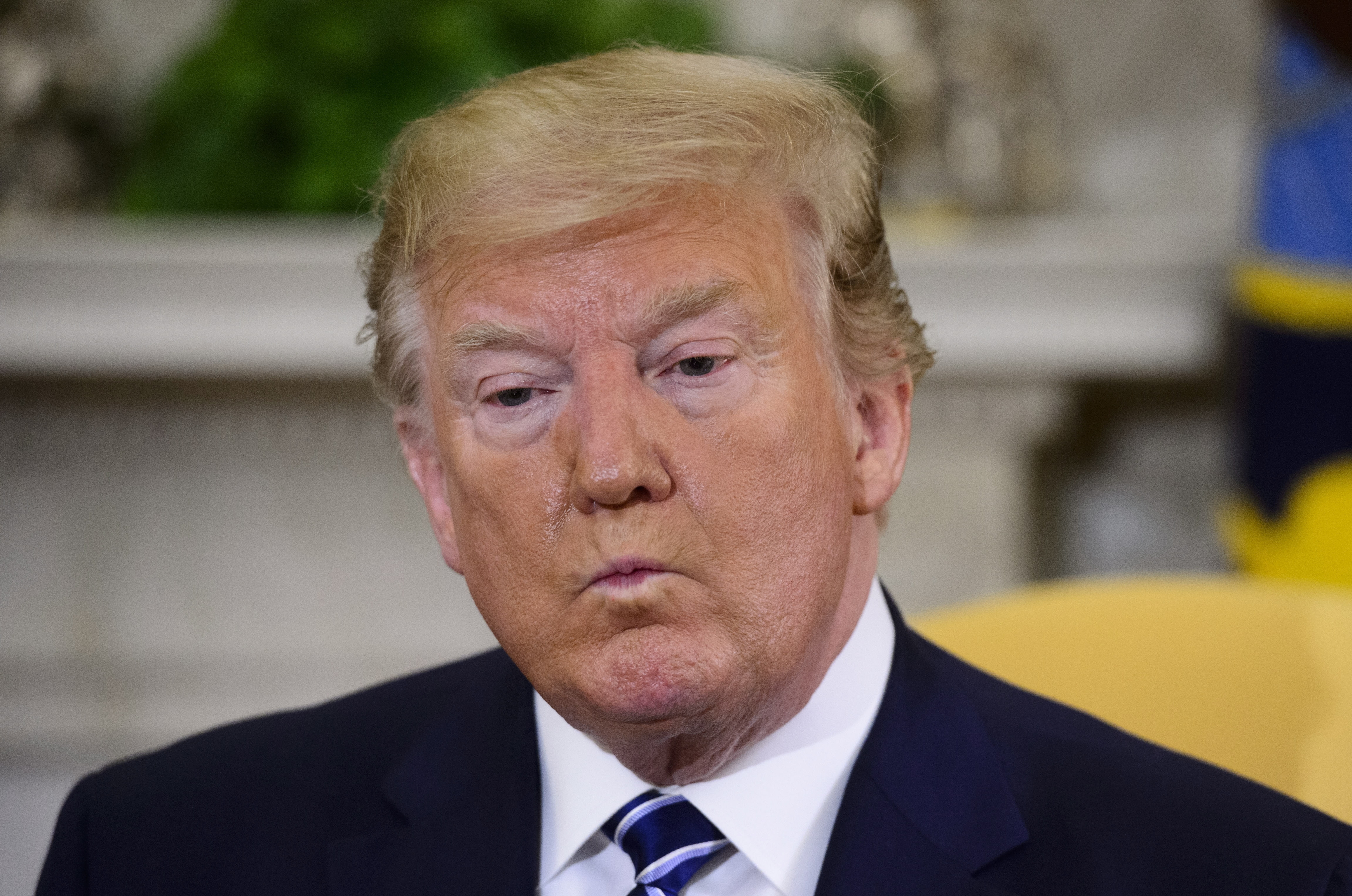 Trump challenged reports that planes were already in the air when he called off the strike, adding: “I didn’t think, I didn’t think it was proportionate.”
(AP)
Michael D. Shear, Helene Cooper And Eric Schmitt/ New York Times News Service   |   Washington   |   Published 22.06.19, 12:35 AM

President Donald Trump said on Friday morning that the US military had been “cocked and loaded” for a strike against Iran on Thursday night, but that he called it off with 10 minutes to spare when a general told him that 150 people would probably die in the attack.

The President said in a series of tweets just after 9am that he was prepared to retaliate against three sites in Iran for that country’s shooting down an American surveillance drone, but that he was “in no hurry.” He indicated that the death of 150 Iranians would not be “proportionate to shooting down an unmanned drone.”

It was unclear why Trump would have been getting information about possible casualties so late in the process of launching military action. Such information is typically discussed early in the deliberations between a President and national security officials.

Later on Friday, Trump offered a more detailed version of events, telling NBC’s Chuck Todd, the host of Meet the Press, that he had not given a final go-ahead when military officials checked with him a half-hour before the strikes were scheduled to launch.

“So they came and they said, ‘Sir, we’re ready to go. We’d like a decision.’ I said, ‘I want to know something before you go. How many people will be killed, in this case Iranians?’” Trump told Todd. The President said the officials said they needed to get back to him, but eventually said that “approximately 150” Iranians might die.

Trump challenged reports that planes were already in the air when he called off the strike, adding: “I didn’t think, I didn’t think it was proportionate.”

In his tweets, Trump called Iran a “much weakened nation” because he decided to withdraw from the nuclear agreement negotiated by his predecessor and because of the sanctions that his administration had imposed. He also suggested that new sanctions had been imposed on Iran on Thursday night, but he did not elaborate.

The dispute over the location of the drone when Iran shot it down Thursday morning continued for a second day.

Iran has insisted it shot the drone down after it violated the country’s airspace. The US claims the drone never entered Iranian airspace.

A top Iranian commander also claimed on Twitter on Friday that a second American aircraft — a P-3 surveillance plane with 35 passengers or crew members — also violated Iranian airspace, but the Iranian military chose not to shoot it down.

There remained doubt inside the US government over whether the drone, or another American surveillance aircraft, did violate Iranian airspace at some point, according to a senior official. The official said the doubt was one of the reasons Trump called off the strike — which could under international norms be viewed as an act of war.