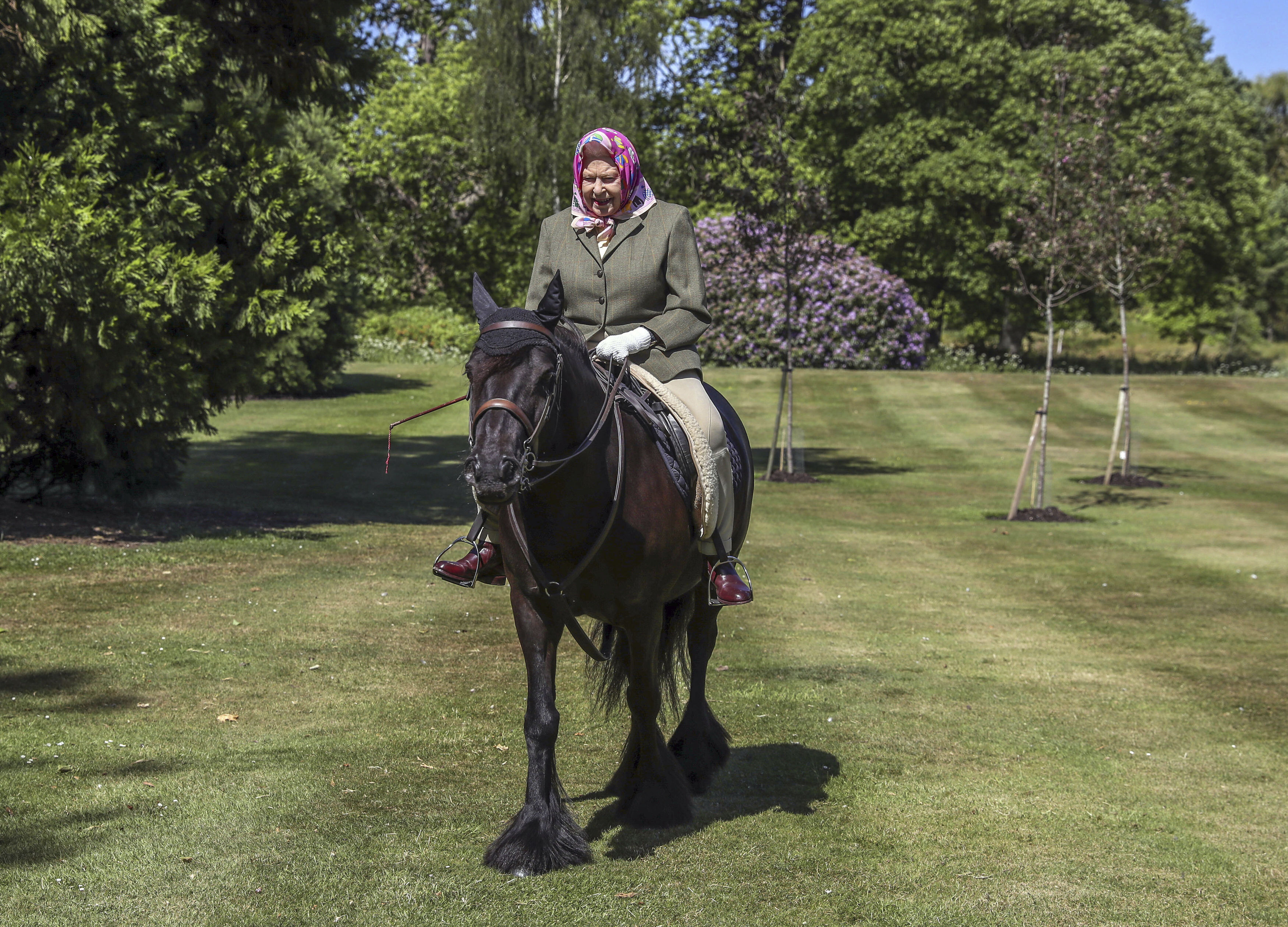 Britain’s Queen's Elizabeth II, who has been self-isolating with husband Prince Philip at Windsor Castle in south-east England during the coronavirus lockdown, has been seen outdoors for the first time riding a horse.

The 94-year-old monarch, who is a keen rider and horse lover, was pictured on a 14-year-old Fell pony called Balmoral Fern in the sprawling grounds of her royal residence in Berkshire over the weekend.

Wearing a colourful headscarf and smartly dressed in a tweed jacket, jodhpurs, white gloves and boots, the Queen can be seen in the new photographs taken by the Press Association riding to enjoy the pleasant sunny weather.

The last public picture of the Queen was taken as she was driven away from Buckingham Palace in London to the castle on March 19, days before the UK went into official lockdown on March 23 to control the transmission of the deadly virus.

She has been staying in her private apartments at the castle with a few key household staff who have been isolating with her and her 98-year-old husband.

Victory in Europe (VE) Day, which marked the end of World War II.

She continues to work remotely while in lockdown and has held her weekly audience with British Prime Minister Boris Johnson on the telephone. The royals have been using online communications, such as Zoom and Facetime, to stay in contact with the rest of the family, isolating in different parts of the UK.

In April, she marked her 94th birthday privately at Windsor Castle after she had cancelled all forms of public celebration amid the coronavirus lockdown.

For the first time in her 68-year reign, the monarch said there would be no gun salutes in the royal parks around the country or any other form of celebration. The customary Trooping the Colour parade, which annually marks her official birthday celebrations in early June, had already been cancelled as the lockdown came into force.

More than 4.2 million coronavirus tests have been carried out in the UK, and the government has now put in place a strict lockdown in an attempt to deal with the pandemic, according to the Telegraph. Every area of the UK has been affected, with London facing the biggest peak.

Australia’s highest court ruled on Friday to make public letters between the Queen and her representative that would reveal what knowledge she had, if any, of the dismissal of an Australian government in 1975. The High Court’s decision in historian Jenny Hocking’s appeal overturned lower court rulings.