Advertisement
Home / World / Corbyn will be so bad for UK: Trump

Corbyn will be so bad for UK: Trump 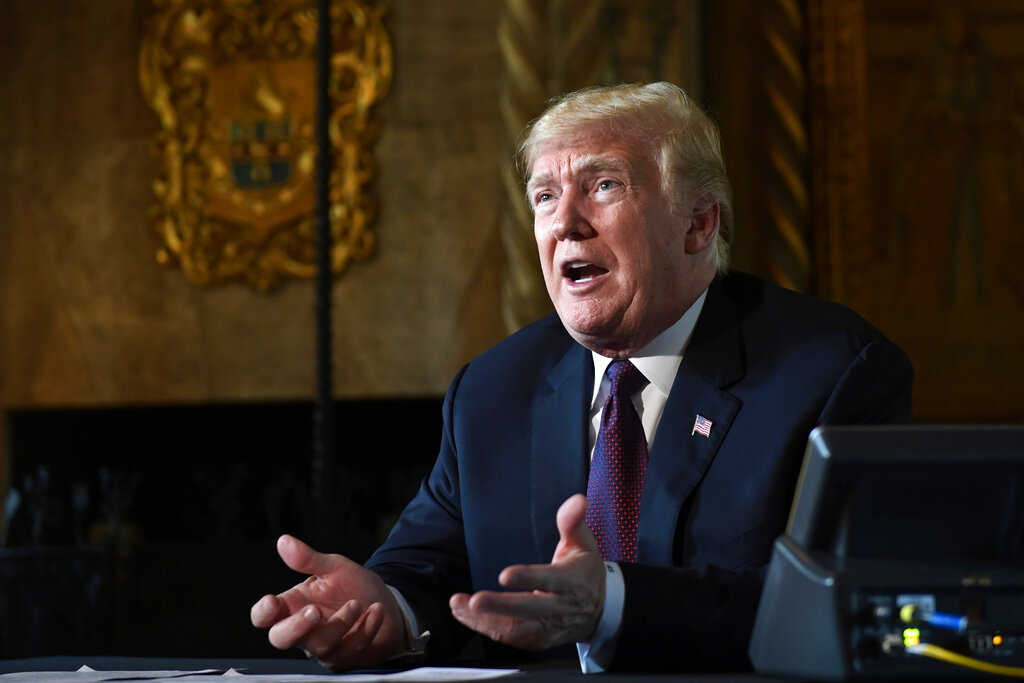 Trump may have done Boris more harm than good by castigating the Brexit deal the Prime Minister has negotiated. Boris has set great store by the future trade deal he says Britain will be able to negotiate with the US once the country has left the EU.
AP
Amit Roy   |   London   |   Published 01.11.19, 08:04 PM

US President Donald Trump has muddied the waters in the British general election by telling voters that choosing the Labour leader Jeremy Corbyn “would be so bad for your country”, while Prime Minister Boris Johnson was “the exact right guy for the times”.

Trump made his extraordinary intervention on Thursday in a freewheeling 28 minute live chat from the White House on LBC with the Brexit Party leader Nigel Farage, who presents a programme on the London talk radio.

But Trump may have done Boris more harm than good by castigating the Brexit deal the Prime Minister has negotiated. Boris has set great store by the future trade deal he says Britain will be able to negotiate with the US once the country has left the EU.

But without explaining why, Trump said the US would now find it difficult to negotiate such a deal.

A BBC political correspondent, Jonathan Blake, commented: “There is no doubt it is a blow to have the President of the United States suggesting the deal the PM has negotiated with the EU will somehow hamper and limit the UK’s ability to do a free trade deal with the US in future. It strikes at the heart of the Conservatives’ key message for the election campaign to come.”

Trump said: “Corbyn would be so bad for your country, he’d be so bad, he’d take you on such a bad way. He’d take you into such bad places.”

Corbyn responded: “Donald Trump is trying to interfere in Britain’s election to get his friend Boris Johnson elected.”

Trump began by praising Boris: “When you are the President of the United States you have great relationships with many of the leaders, including Boris, he’s a fantastic man, and I think he’s the exact right guy for the times.”

But the good was immediately undone when Trump launched a totally unexpected attack on Boris’s Brexit deal.

“We can’t make a trade deal with the UK because I think we can do many times the numbers that we’re doing right now and certainly much bigger numbers than you are doing under the European Union.”

Trump urged Farage to form an electoral alliance with Boris — something the Tories have ruled out. Describing Boris and Farage as “two brilliant people”, Trump said: “I just wish you two guys could get together — I think it would be a great thing.”

Farage also laid into Boris’s deal as he complained to Trump: “Well, I tell you what, if he drops this dreadful deal, fights the general election on the basis that we just want to have trade with Europe but no political influence, do you know what? I would be right behind him.”

On Friday, the government put up the communities secretary Robert Jenrick to brush aside Trump’s criticisms of Boris’s Brexit deal:

“We think that the new deal the Prime Minister has negotiated... enables the whole of the UK to leave the EU customs union and that means that we can now strike our own free trade deals around the world.”

Farage warned Boris on Friday that his Brexit Party would contest every seat in Britain in a December 12 election unless he ditched his EU divorce deal.