Colombia set to swear in Gustavo Petro as president

He aims to curb rampant inequality in the Latin American country 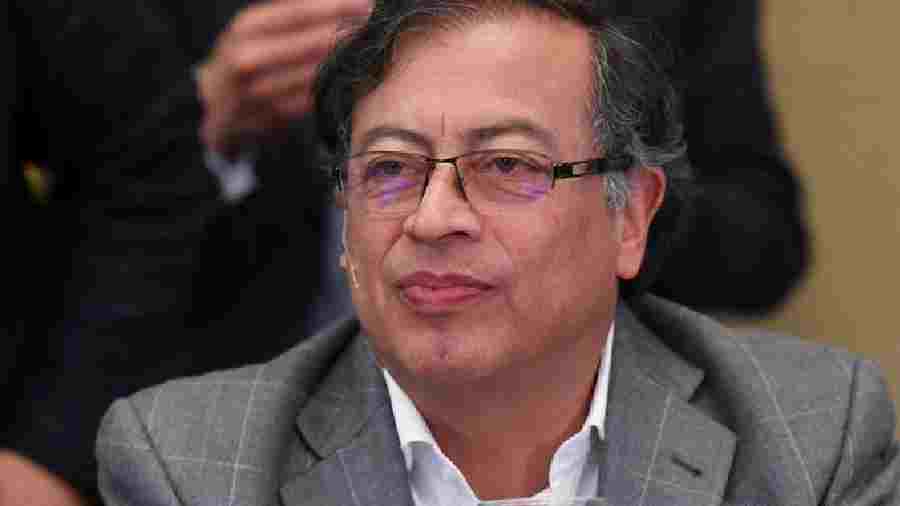 Gustavo Petro, a former member of Colombia's M-19 guerrilla group, is set to be inaugurated as the country's first leftist president on Sunday at a ceremony in the capital, Bogota.

Some 100,000 people, including Spanish King Felipe VI and at least nine Latin American presidents, are expected to look on as he is sworn in as head of state and government by Senate chief Roy Barreras.

Petro's press chief, Marisol Rojas, said the event would usher in a more inclusive form of governance in the country.

"We want the Colombian people to be the protagonists,'' Petro's aides said in a statement. "This inauguration will be the first taste of a new form of governing, where all forms of life are respected, and where everyone fits in.''

Petro, 62, a former senator and mayor of Bogota, was narrowly elected at June presidential elections as one of a growing group of leftist politicians and political outsiders who have been winning elections in Latin America since the start of the coronavirus pandemic. The global calamity mostly exacerbated social inequalities in the region.

Voters in Colombia have previously tended to view left-wing candidates as soft on crime or allied with guerrillas who have conducted a decadeslong rebellion in the country.

The new Vice President Francia Marquez, an environmental activist and former housekeeper, also represents a change for the country as the first Afro-Colombian woman to hold her post.

What has Petro promised?

Petro has said his first aim will be to introduce measures to combat hunger in Colombia, where nearly half of the 50 million inhabitants contend with poverty.

The new finance minister, Jose Antonio Ocampo, is to propose a $5.6 billion (€5.5 billion) tax reform to Congress on Monday that would see high earners taxed more to fund social programs.

As president, Petro plans to increase investment in rural areas, including building up infrastructure that would allow farmers to turn away from growing coca leaves, which fuel the country's rampant drug trade.

Petro, who has put together a coalition of leftist and centrist parties to support his agenda, has also pledged free university education, changes to the health care system and a pension reform.

On the environmental front, he has vowed to ban fracking and halt oil development, even though the oil industry makes up almost 50% of the nation's legal exports.

Petro has also promised to restart failed peace negotiations with the National Liberation Army (ELN) rebels and apply a 2016 peace deal to ex-members of the FARC guerrillas who reject it.