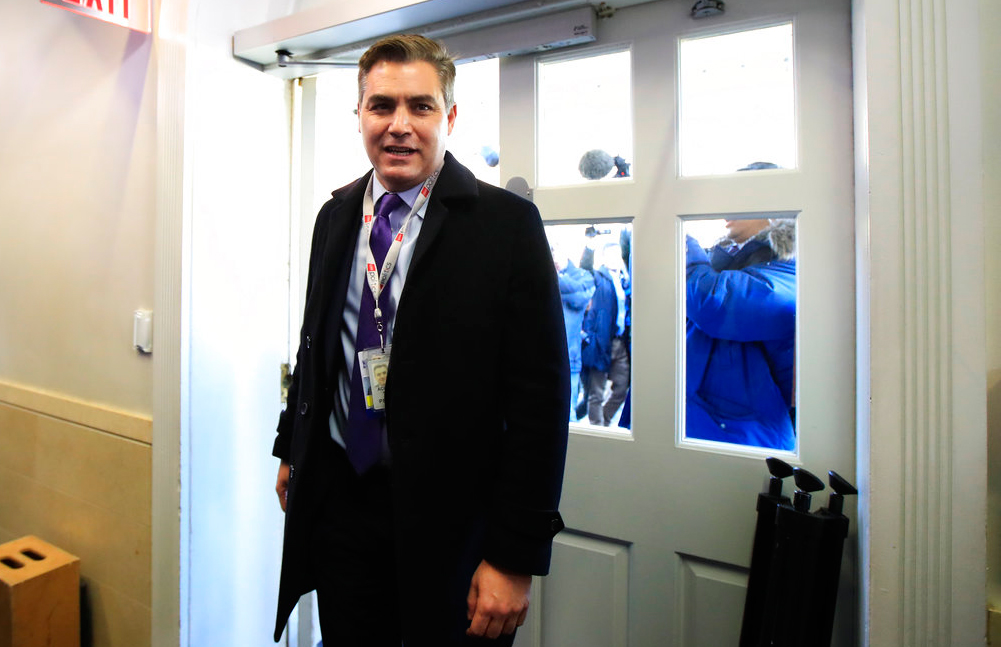 A federal judge on Friday directed the White House to restore the press credentials of Jim Acosta of CNN, a win for media advocates and news organisations in a major legal test of press rights under President Trump.

The White House said on Friday it will temporarily reinstate access for Acosta, saying they had been revoked without due process.

“We will also further develop rules and processes to ensure fair and orderly press conferences in the future,” White House spokeswoman, Sarah Sanders, said in a statement

The revocation of Acosta’s press badge, which grants access to the White House grounds, came after a testy exchange with Trump during a news conference last week. But the episode grew into a legal showdown over journalists’ ability to report on a President who regularly denigrates their work as “fake news”.

The ruling, from Judge Timothy J. Kelly of Federal District Court in Washington, was viewed as a victory for journalism and a timely reminder of press freedoms that advocates say have recently come under threat.

least partly based on evidence that was of questionable accuracy”.

Sanders accused Acosta of “placing his hands on a young woman just trying to do her job as a White House intern” and of preventing other reporters from asking questions at the news conference. She called his behaviour “absolutely unacceptable” and said his White House press pass would be suspended “until further notice.”

CNN had argued that Acosta’s free speech and due process rights were violated, warning that a President should not be allowed to pick and choose who reports on him. The administration contended that Presidents enjoy broad discretion to bar journalists from the White House, and that Acosta’s barbed questioning and refusal to yield his microphone was boorish and disrespectful.

No President relishes his coverage, and administrations have long relied on subtle and not-so-subtle methods to ice out troublesome reporters, like ignoring their questions at briefings or giving scoops to their competitors.

But advocacy groups said that stripping a correspondent’s credential, and essentially barring them from the White House grounds, entered the realm of retaliation, and posed a threat to basic press freedoms.

For Trump and his supporters, though, penalising Acosta was a surefire crowd-pleaser. The CNN correspondent has been a frequent nemesis of Trump.

Trump’s political team released a fund-raising email touting CNN’s lawsuit as evidence that the media was intent on hurting the President.

White House allies like Sean Hannity of Fox News denounced Acosta as a biased grandstander. Other Presidents have expressed animus toward reporters in memorable ways. In 1942, Franklin D. Roosevelt handed out a Nazi Iron Cross at a news conference and asked that it be bestowed on one of his least-loved chroniclers, a columnist at The Daily News