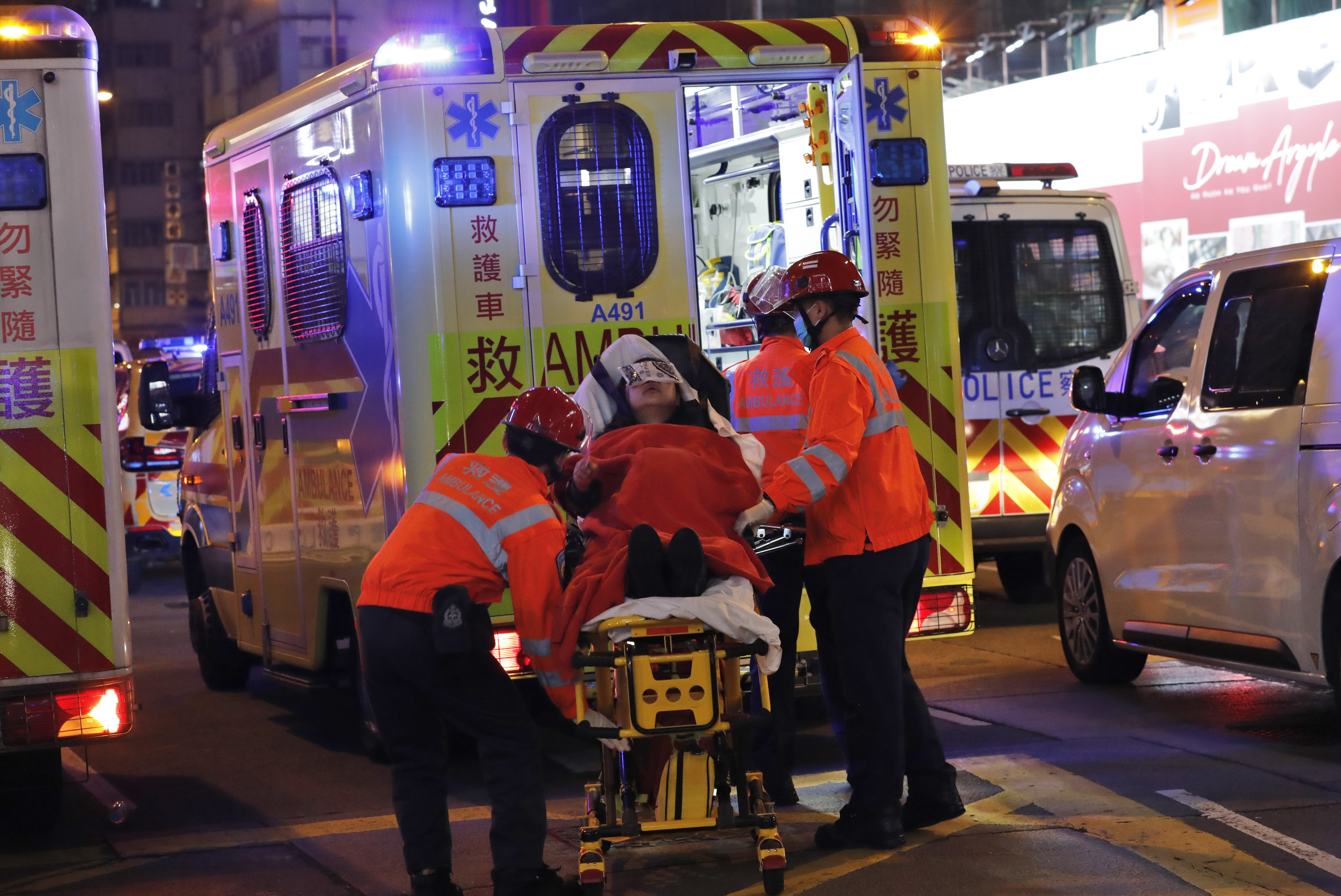 The protests have turned more confrontational over the festive season, though earlier in December they had been largely peaceful after pro-democracy candidates overwhelmingly won district council elections.

Hong Kong’s pro-Beijing leaders have made no concessions to the protesters, despite acknowledging their defeat in November’s council elections.

“Confrontation is expected, it doesn’t matter if it’s Christmas,” said Chan, a 28-year-old restaurant worker who was part of a crowd, which exchanged insults with the police outside a shopping centre in the Mong Kok district.

“I am disappointed the government still didn’t respond to any of our... demands. We continue to come out even if we don’t have much hope,” said Chan, who only gave his surname.

Riot police patrolled past protest hotspots while tourists and shoppers, many wearing Santa hats or reindeer antlers, strolled past.

There were no major clashes, but with impromptu crowds forming to shout abuse at the deeply unpopular officers, who have been accused of using excessive force, the police briefly fired tear gas in Mong Kok, a popular protest area.

The police say their reaction to the unrest has been restrained.

Hundreds of protesters dressed in black and wearing facemasks, descended on shopping malls here, shouting popular slogans such as “Liberate Hong Kong! Revolution of our times!”

The police arrested several people in a shopping mall in the Sha Tin district after pepper-spraying them.

Baton-wielding the police fired tear gas on Tuesday at thousands of protesters who barricaded roads, spray-painted slogans on buildings and trashed a Starbucks cafe and an HSBC branch.

Hong Kong leader Carrie Lam said in a Facebook post on Wednesday that many members of the public and tourists were disappointed that their “Christmas Eve celebrations have been ruined”.

“Such illegal acts have not only dampened the festive mood but also adversely affected local businesses,” she said.

The Hospital Authority said 25 people had been injured overnight, including one man who fell from the second to first floor of a shopping mall as he tried to escape the police.

HSBC has become embroiled in a controversy involving a police crackdown this month on a fund-raising platform supporting protesters. HSBC denied any connection between the crackdown and its closure of a bank account linked to the group, but remains the target of protester rage.

Starbucks has also become a target of the demonstrators’ anger after the daughter of the founder of Maxim’s Caterers, which owns the local franchise, publicly condemned the protesters. Reuters