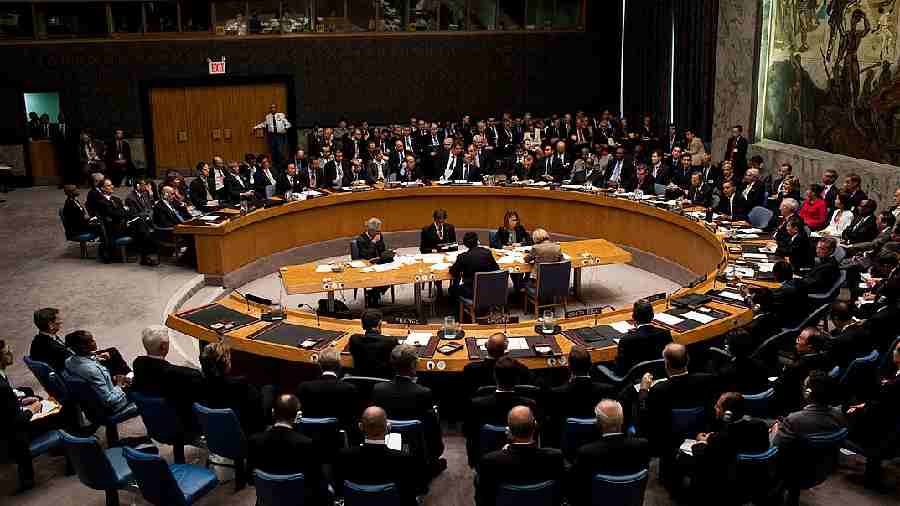 China on Monday defended its move to block the US-India proposal at the UN to blacklist one of India's most wanted Pakistan-based LeT terrorists Sajid Mir, saying its action was consistent with "relevant rules" of the anti-terrorism committee of the UNSC.

Mir has a bounty of USD 5 million placed on his head by the US for his role in the 26/11 Mumbai terror attack carried out by Pakistan-based Lashkar-e-Taiba (LeT) terrorists.

It is learnt that Beijing put a hold on Thursday on the proposal moved by the US and co-designated by India to blacklist Mir under the 1267 Al-Qaeda Sanctions Committee of the UN Security Council (UNSC) as a global terrorist and subject him to assets freeze, travel ban and arms embargo.

The 1267 committee of the UN Security Council has clear guidelines regarding the designation of terrorist organisations and individuals and related procedures, Chinese Foreign Ministry spokesperson Mao Ning told a media briefing when asked for the reason why Beijing blocked the move to blacklist Mir.

"China always takes part in the work of the committee in a constructive and responsible manner in strict accordance with the rules and procedures," she said.

Asked whether there is any timeline for it to remove its technical hold on Mir's listing, Mao said: "China's actions at the 1267 Committee are always consistent with relevant rules and procedures. We will continue to conduct our work in a constructive and responsible manner."

Last month, Beijing defended its move to block the US and India's proposal at the UN to blacklist Pakistan-based Jaish-e-Mohammed (JeM) deputy chief Abdul Rauf Azhar, saying it needs more time to assess the application.

In June, Mir was jailed for over 15 years in a terror-financing case by an anti-terrorism court in Pakistan, which is struggling to exit the grey list of the Paris-based Financial Action Task Force (FATF).

Pakistani authorities had in the past claimed Mir had died, but Western countries remained unconvinced and demanded proof of his death. This issue became a major sticking point in the FATF's assessment of Pakistan's progress on the action plan late last year.

Mir, a senior LeT member, is wanted for his involvement in the November 2008 terrorist attacks in Mumbai. He was LeT's operations manager for the attacks, playing a leading role in their planning, preparation and execution, the US State Department has said.

Last month, China put a hold on a proposal by the US and India at the United Nations to blacklist Abdul Rauf Azhar, the brother of Jaish-e Mohammed (JeM) chief Masood Azhar and a senior leader of the Pakistan-based terror organisation. Rauf, born in 1974 in Pakistan, was sanctioned by the US in December 2010.

Beijing, an all-weather friend of Islamabad, has repeatedly put holds on listings to blacklist Pakistan-based terrorists under the sanctions committee of the UN Security Council.

In June this year, China put a hold, at the last moment, on a joint proposal by India and the US to list Pakistan-based terrorist Abdul Rehman Makki under the 1267 Al-Qaeda Sanctions Committee of the UN Security Council.

New Delhi and Washington had put a joint proposal to designate Makki as a global terrorist under the 1267 ISIL and Al-Qaida Sanctions Committee of the UN Security Council but Beijing placed a hold on this proposal at the last minute.

The US State Department had said that Mir has been a senior member of LeT since approximately 2001.

From 2006 to 2011, Mir was in charge of LeT's external operations and planned and directed various terrorist attacks on behalf of the group.

Additionally, Mir allegedly conspired to commit a terrorist attack against a newspaper and its employees in Denmark between 2008 and 2009.

For his role in the Mumbai attack, Mir was indicted in the United States in April 2011.

In August 2012, the US Department of the Treasury designated Mir as a Specially Designated Global Terrorist.

As a result of this designation, among other consequences, all property and interests in the property of Mir that are subject to US jurisdiction are blocked, and US persons are generally prohibited from engaging in any transactions with Mir.

Mir is on the FBI's Most Wanted Terrorists List. He is believed to reside in Pakistan, according to information on the State Department website.