China slams US for hasty withdrawal of troops from Afghanistan 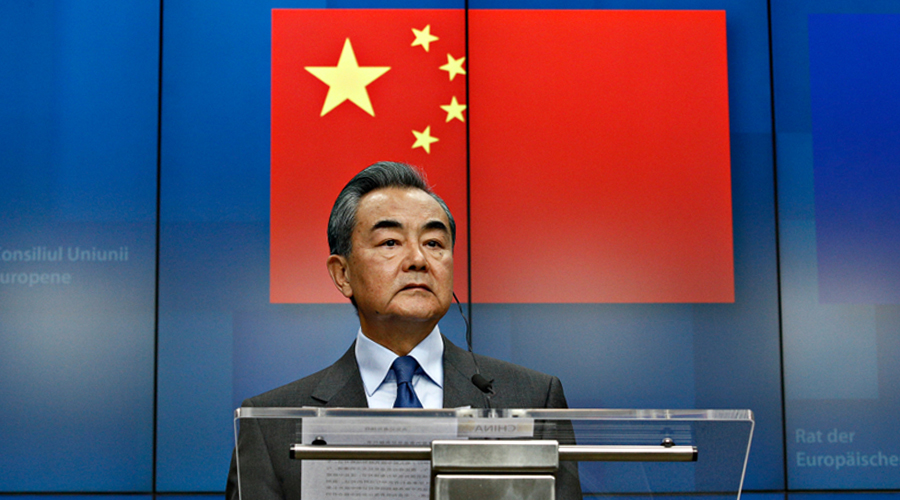 China on Tuesday asked the US to tone down frictions, re-impose the ban on Xinjiang's Uygur militant group -- the East Turkistan Islamic Movement (ETIM) -- for cooperation to stabilise Afghanistan after the Taliban seized power in Kabul.

Taliban insurgents swept Kabul on Sunday after the US-backed Afghan government collapsed and President Ashraf Ghani fled the country, bringing an abrupt end to a two-decade campaign in which America and its allies had tried to transform the war-ravaged nation.

US Secretary of State Antony Blinken had a phone conversation with Chinese Foreign Minister Wang Yi on Tuesday during which the two leaders discussed the evolving situation in Afghanistan after the sudden takeover by the Taliban.

During the phone talk, Blinken expressed appreciation for China's participation in the Doha meeting on the Afghan issue, noting that the current situation in Afghanistan is entering into a crucial stage, the Chinese Foreign Ministry said in a statement.

The Taliban should announce a clean break with extremism, opt for an orderly transfer of power and establish an inclusive government, the top US diplomat said, expressing hope that China will also play an important role to this end, the state-run Xinhua news agency reported.

For his part, Wang spoke about removing the obstacles to China-US cooperation on Afghanistan and the international counter-terrorism issues.

Sharply criticising the hasty withdrawal of the US troops, Wang said Washington should play a constructive role in helping Afghanistan maintain stability, forestall turbulence and realise peace and reconstruction.

Wang pointed to Blinken the previous Trump administration's decision to lift the ban on the ETIM as a terrorist organisation, a move the Chinese foreign minister said shows US double standards to the counter-terrorism issue.

The ETIM, which is stated to be an affiliate of al-Qaeda, is a militant group from China's volatile Xinjiang province. It is fighting for the independence of the province, which is home to over 10-million Uygur Muslims.

The UNSC Al-Qaeda Sanctions Committee listed ETIM as a terrorist organisation in 2002.

The Trump administration had removed the group from the US list of terrorist organisations in 2020 amid allegations of China's human rights violations against Uygur Muslims, including interning thousands of them in mass detention centres, which Beijing terms as education camps.

The US has termed China's security crackdown in Xinjiang as genocide against Uygur Muslims.

The US also pursued tough policy against China on a host of issues, including the Communist nation stepping up its grip on Hong Kong administration, its increasing hold over the disputed South China Sea, threats to take over Taiwan as well as trade-related issues. The US has also urged China to agree for a probe on the origins of coronavirus, including allegations that it leaked from a bio-lab in Wuhan.

China is also insisting on the Taliban to ensure that ETIM do not function from Afghanistan's soil targeting Xinjiang.

A Taliban delegation, led by its Political Commission chief Mullah Abdul Ghani Baradar, which visited China last month, during its talks with foreign minister Wang had promised to not permit ETIM to function from Afghanistan.

According to a recent UN report, hundreds of militants belonging to the ETIM are converging in Afghanistan amidst the military advances made by the Taliban.