Advertisement
Home / World / China counts 106 virus deaths as US, others move to evacuate

China counts 106 virus deaths as US, others move to evacuate

Asian stock markets tumbled for a second day, dragged down by worries about the virus's global economic impact 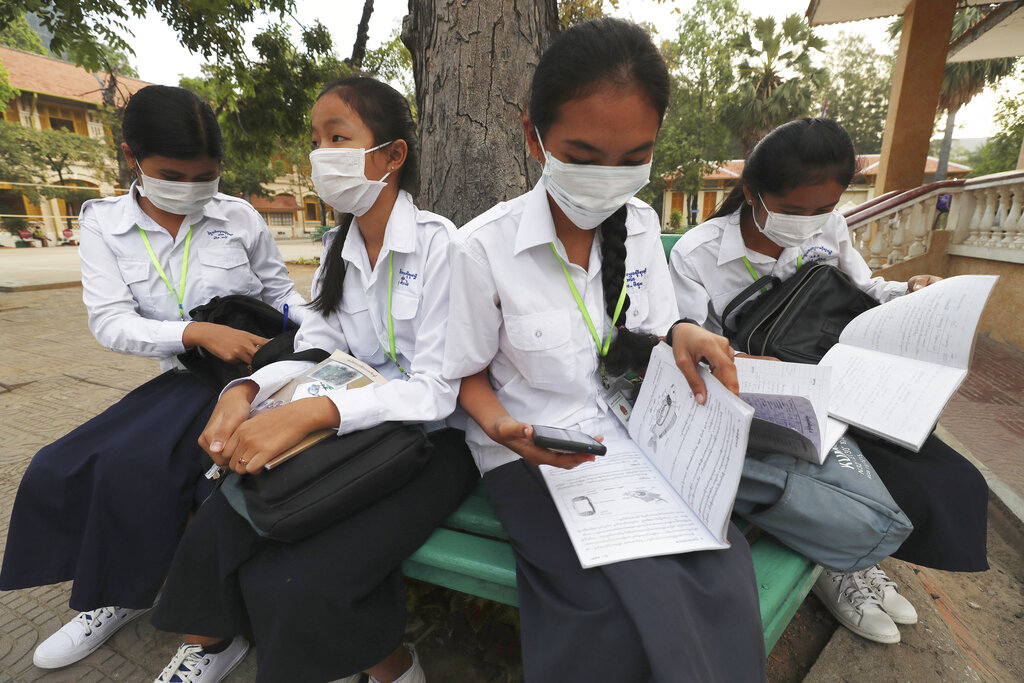 Deaths from a new viral disease that is causing mounting global concern rose by 25 to at least 106 in China on Tuesday as the United States and other governments prepared to fly their citizens out of the locked-down city at center of the outbreak.

The total includes the first death in Beijing, the Chinese capital, and 24 more fatalities in Hubei province, where the first illnesses from the newly identified coronavirus occurred in December.

Asian stock markets tumbled for a second day, dragged down by worries about the virus's global economic impact.

The U.S. Consulate in the central Chinese city of Wuhan, where authorities cut off most access Jan. 22 in an effort to contain the disease, was preparing to fly its diplomats and some other Americans out of the city. Japan, France, Mongolia and other governments also planned evacuations.

China's increasingly drastic containment efforts began with the suspension of plane, train and bus links to Wuhan, a city of 11 million people. That lockdown has expanded to 17 cities with more than 50 million people in the most far-reaching disease-control measures ever imposed.

China extended the Lunar New Year holiday by three days to Sunday to reduce the risk of infection by keeping offices and factories nationwide closed and the public at home. The government of Shanghai, a global business center and home to 25 million people, extended the holiday in that city by an additional week to Feb. 9.

U.S. health officials expanded their recommendation for people to avoid non-essential travel to any part of China, rather than just Wuhan and other areas most affected by the outbreak.

Mongolia closed its vast border with China after North Korea did so earlier. Hong Kong and Malaysia are barring visitors from Hubei. Chinese travel agencies were ordered to cancel group tours nationwide.

There were 1,771 new cases confirmed in China on Monday, raising the national total to 4,515, according to the National Health Commission. It said 976 people were in serious condition.

Also Tuesday, the Education Ministry canceled English-proficiency and other tests for students to apply to foreign universities. The ministry said the new semester for public schools and universities following Lunar New Year was postponed until further notice.

Chinese financial markets were closed for the holiday, but stock indexes in Tokyo, Seoul and Sydney all declined.

Beijing's official response has 'vastly improved' since the 2002-03 SARS outbreak, which also originated in China, but 'fears of a global contagion are not put to bed,' said Vishnu Varathan at Mizuho Bank in Singapore.

Airlines, resorts and other companies that rely on travel and tourism suffered steep losses. Prices of gold and bonds rose as traders moved money into safe haven holdings.

Scientists are concerned about the new virus because it is closely related to other diseases including SARS, which killed nearly 800 people.

So far, the new coronavirus doesn't seem to spread as easily among people as SARS or influenza. Most of the cases so far that spread between people were of family members and health workers who had contact with patients. That suggests the new virus isn't well adapted to infect people.

China also reported eight cases in Hong Kong and five in Macao, and more than 45 cases have been confirmed elsewhere in the world. Almost all involve mainland Chinese tourists or people who visited Wuhan.

The five American cases — two in southern California and one each in Washington state, Chicago and Arizona — are people who had recently arrived from central China. Health officials said they had no evidence the virus was spreading in the United States and they believe the risk to Americans remains low.

During the SARS outbreak that killed nearly 800 people, Chinese authorities were criticized for reacting slowly and failing to disclose information. The government has responded more aggressively to the latest outbreak.

Wuhan is building two hospitals, one with 1,500 beds and another with 1,000, for the growing number of patients. The first is scheduled to be finished next week.

The coronavirus family includes the common cold but also more severe illnesses like SARS and Middle East Respiratory Syndrome. The new virus causes cold- and flu-like symptoms, including cough and fever, and in more severe cases, shortness of breath and pneumonia.

The virus is thought to have spread to people from wild animals sold at a market in Wuhan. China on Sunday banned trade in wild animals and urged people to stop eating meat from them.