The explosions took place in Jalalabad's city centre, but the target was not immediately clear. 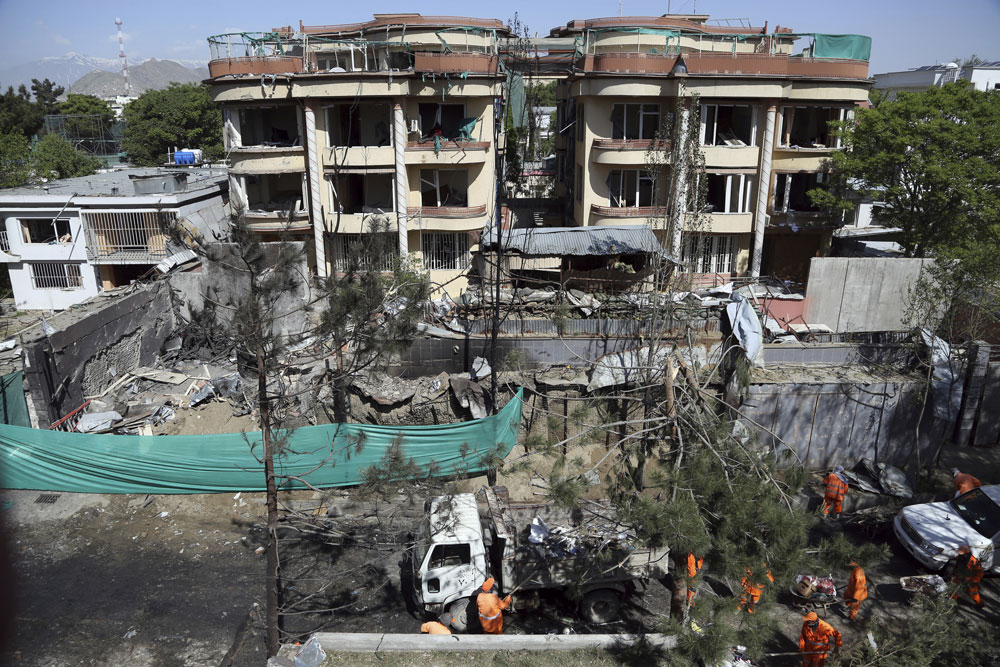 Three explosions ripped through an Afghan provincial capital, Jalalabad, killing three people and wounding another 20 on Monday. All of the casualties were believed to be civilians, said Attaullah Khogyani, a spokesman for eastern Nangarhar's governor.

No one claimed responsibility for the attack which came as the United Nations expressed grave concerns about the increase in violence around the country during the first week Ramadan, the ongoing Muslim month of fasting from sunrise to sunset.

Both the Taliban and an Islamic State affiliate operating in Nangarhar province. Over the past year, the US has stepped up its air strikes in the area to try to dislodge IS fighters.

The explosions took place in Jalalabad's city centre, but the target was not immediately clear.

In a statement earlier Monday, the UN Mission in Afghanistan pointed out two major Taliban attacks in the past week — an assault in the capital, Kabul, on a non-governmental agency that killed five and an attack in northern Baghlan province that struck a police headquarters, killing 13 officers.

'There can be absolutely no justification for deliberate or indiscriminate attacks against civilians,' Tadamichi Yamamoto, the U.N. secretary-general's special representative, was quoted as saying.

The insurgents also abducted two members of the force and left five wounded in the attacks near the provincial capital, said Mohammad Noor Rahmani, head of the provincial council.

The troops were in charge of providing security for fuel wells in the area. Zabi Amani, the provincial governor's spokesman, said four Taliban fighters were killed in what he said was a gunbattle that lasted several hours.

No one immediately claimed responsibility for the attack, but provincial officials blamed the Taliban insurgents who repeatedly target Afghan security forces in the province.

In recent months, the Taliban have stepped up their attacks, inflicting staggering casualties on Afghan forces, and now hold sway over half the country. The US, meanwhile, has accelerated efforts to find a peaceful resolution to the 17-year war — America's longest conflict — and has pressed for direct talks between the Taliban and Kabul.

The Taliban have rejected an offer by Afghan President Ashraf Ghani's government for a cease-fire during Ramadan.