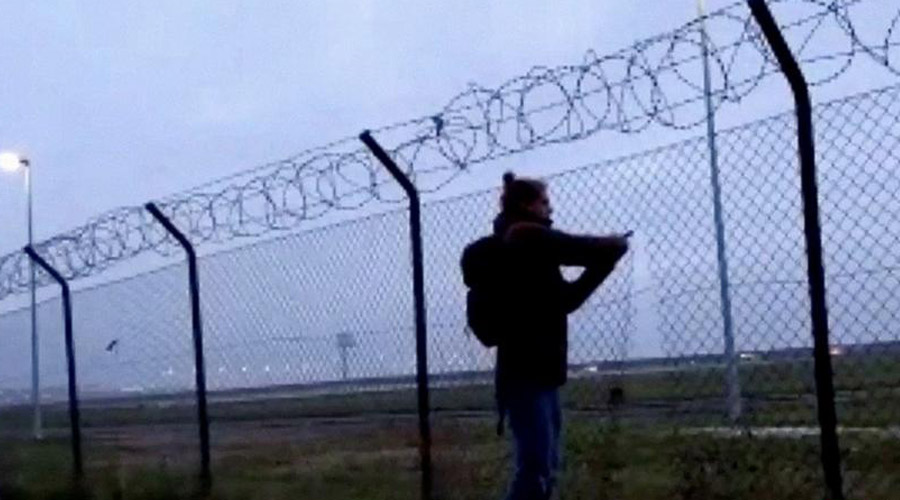 A climate activist cuts a fence at the Berlin Brandenburg Airport during a protest.
Deutsche Welle
Deutsche Welle   |   Published 25.11.22, 10:41 AM

Climate activists briefly shut down Berlin Brandenburg Airport on Thursday after gaining access to the runways, an airport spokesman said.

The airport was forced to close its runways for nearly two hours as the protesters from the Last Generation environmental group broke into the site from both the northern and the southern side.

The activists livestreamed their protest on Twitter, showing some gluing themselves to the ground and others cycling around the site. The footage on Twitter showed them cutting through a fence and holding up banners. They said that a 70 year-old man was among them and taking part in the protest.

Some 13 flights had been diverted to airports in the eastern state of Saxony due to the disruption, German RBB broadcaster reported, citing an airport operating company.

What did protesters want?

"One affluent percent of the population is responsible for around half of flight-related greenhouse gas emissions," Last Generation said in a statement.

Last Generation has been responsible for numerous protest actions in the German capital in recent weeks, including on public roads and intersections and in front of ministries.

German Transport Minister Volker Wissing said on Thursday that Last Generation's protests were becoming "ever more unscrupulous," and that "society could not accept such behaviour."