Journalist E. Jean Carroll is at least the 22nd woman to have accused Trump of sexual misconduct 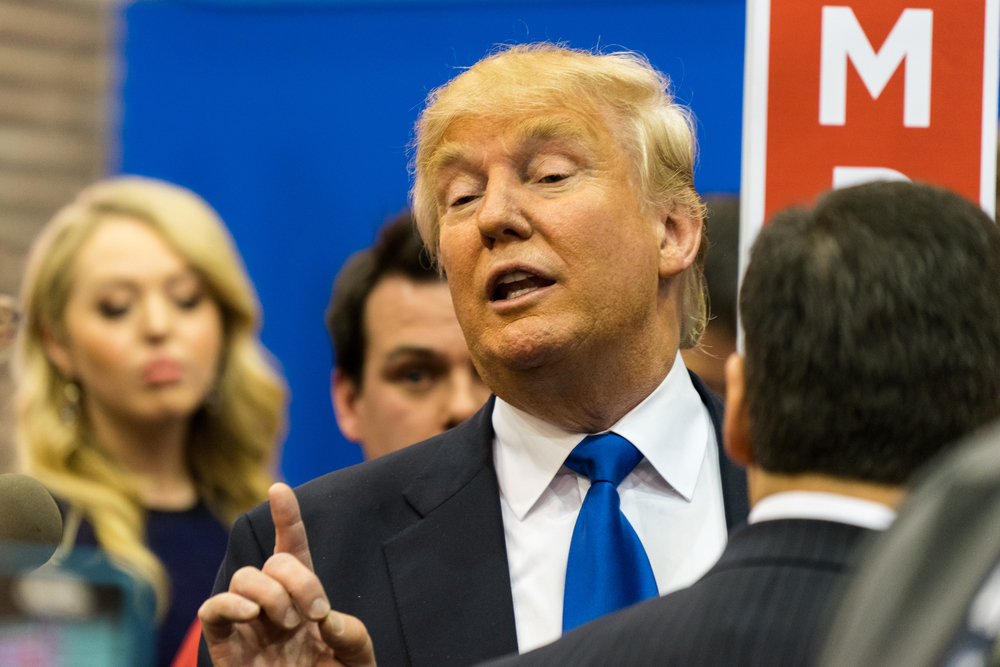 As the skeletons in the president’s closet pile up, the stench of the fresh accusation against the US president affects him to no degree
(Shutterstock)
Our Bureau And Agencies   |   Calcutta   |   Published 25.06.19, 12:16 PM

Journalists and Twitterati have joined in. Here are some of the things Twitter said about the fresh accusation against the US President.

Since then, 22 women, including Carroll, have accused Trump of sexual assault that began in the 1980s. This list on Twitter gives the names and accusations of many of the women.

Carroll is now, at least the 22nd woman to have accused Trump of sexual misconduct.

Trump has his supporters too.

New York radio host Mark Simone said that women coming out to say they were sexually harassed was an election season event only. “Trump has cured Alzheimer’s” he said, mocking how 'suddenly people remember things' when Trump said he was running for President.

Carroll said there were no attendants in the dressing room at the time of the alleged assault happened and she did not file a report with the New York Police Department. 'I wanted to forget it,' she said. 'I thought A, my fault. B, I was stupid. C, I didn't think of it... as rape. I thought of it as a violent incident. I thought of it as a fight.'

New York Police Department (NYPD) said that they will look into the charges and find out the truth.

In response to journalist Elizabeth Jean Carroll’s charge that he had sexually assaulted her over 20 years ago, US President Donald Trump said: 'I'll say it with great respect. Number one, she's not my type. Number two, it never happened. It never happened, OK?'

Trump, who has several times been accused of sexual misconduct, had once said that as a famous man, he could get away with anything.

Carroll, a New York-based advice columnist, is the newest addition to the list of accusers. She said that a friendly encounter with Trump at a New York City department store in the mid-1990s turned into a 'colossal struggle”, when the real estate mogul pushed her up against a dressing room wall, unzipped his pants and forced himself on her.

Even if this seemed like one more skeleton tumbling out of Trump's closet, the US President was unaffected. According to Trump, Carroll, who wrote for years for Elle magazine, was “totally lying”. 'I’ve never met this person in my life,” he said. “I know nothing about this woman. I know nothing about her.'

In a video released three years ago by the Washington Post, Trump bragged about trying to have sex with women during a 2005 recording.

The audio clip, which the President later termed as 'locker room talk', was leaked during the 2016 presidential campaign, triggering a flurry of sexual assault accusations.

Expect women to come forward now to say Donald Trump sexually harassed them. You’ll notice this only happens when it’s election season. Trump has cured Alzheimer’s - all he has to do is announce he’s running and suddenly people remember things.

Yet another in the long line of women that the odious #DonaldTrump denies assaulting. What a prick. E. Jean has been an advice columnist at ELLE Magazine for years. We know her. She does not lie. https://t.co/GbHXObb0Po

Mayor de Blasio says the @NYPDnews will investigate the allegation that @realDonaldTrump raped writer E. Jean Carroll as soon as the NYPD receives a complaint. “We will find out the truth,” de Blasio says. pic.twitter.com/elCYsZk69e

THREAD: Here is a list of all the 22 women who have credibly accused Trump of rape and sexual misconduct. Please Retweet.

1. Jill Harth says she was groped and kissed in a bedroom at Mar-A-Lago. https://t.co/EfWBiOPFFs

“She is trying to sell a new book — that should indicate her motivation, ” Trump said in response to the journalist’s accusation of rape.

So let’s see if we get this straight... what the rapist President @realDonaldTrump is implying here is that if she indeed “was his type,” his rape would have been justifiable? 🤔 https://t.co/G8U01Y3XwQ

You heard Donald Trump brag to Billy Bush about his signature move of grabbing women “by the p***y” and wondered how it worked out for the women read E Jean Carroll brutal honest traumatic piece in New York Magazine. Men’s locker room talk isn’t funny once you’ve heard women’s. https://t.co/jYsDKsS3WV

It is frankly astonishing that the @nytimes is treating a credible accusation of rape against the president by a well-known journalist as *a book publishing story* https://t.co/60I7LxsocU

Donald Trump has been credibly accused of sexual predation or molestation by TWENTY WOMEN.

This includes boasting that he grabs women “by their pussies.”

And nobody talks about it anymore.

There are TONS of women at our rallies, at our volunteer trainings & all across this country supporting ⁦@realDonaldTrump⁩!

I caught up with these amazing women who camped out in the rain for the rally! pic.twitter.com/8agIvAfLvd

I don’t think there’s a single person on earth who doesn’t believe Donald Trump sexually assaults women, I just think that 30 to 50 percent of the population thinks that that’s what women are for. https://t.co/yHxkfFDGVp

Clippings clarify that Trump's claim that he had never met Carroll was false as the two were photographed in a party in 1987.