All 47 passengers on board have survived 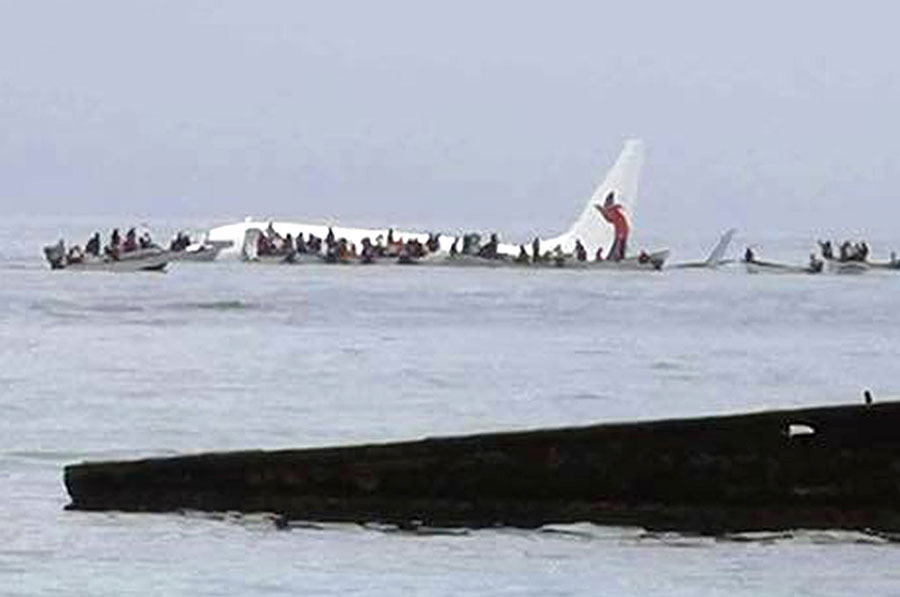 The airline said it was making all efforts to ensure the ongoing safety of the passengers and to meet their immediate needs. It said it was in touch with embassies, passenger representatives, stakeholders and families of the crew.

Air Niugini is the national airline of Papua New Guinea and has operated since 1973. The airline identified the flight as PX 073 with the registration number P2-PXE. Flight histories show that aircraft has made recent flights to Manila, Sydney and Singapore.

Air Niugini's network is concentrated on domestic routes linking the capital, Port Moresby, with isolated points across the Papua New Guinea archipelago, but it flies as far as Tokyo and Hong Kong.

The fleet includes Boeing 767 and 737 jets for international routes, according to the airline, as well as Fokker F-100 aircraft, Q400 and Dash 8 aircraft for challenging local terrain.

Micronesia, located north of Australia and east of the Philippines, is home to just over 100,000 people. It has close ties with the U.S. under an agreement known as a compact of free association.

In the 'Miracle on the Hudson,' both engines on a U.S. Airways jet failed after it struck a flock of geese during takeoff from New York's LaGuardia Airport. Pilots Chesley Sullenberger and Jeffrey Skiles safely landed their powerless plane on the Hudson River and passengers and crew walked on the wings to be rescued. 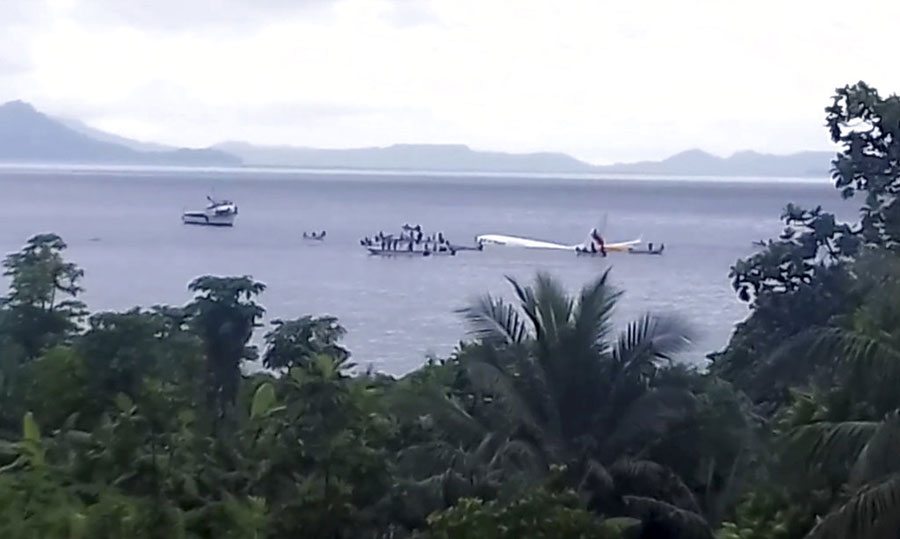 All 47 passengers and crew survived a plane's crash landing in a Pacific lagoon on Friday morning, wading through waist-deep water to the emergency exits and escaping on local boats that came to the rescue in the Micronesia archipelago.

Seven people were taken to a hospital, according to officials, including one described as being in a critical but stable condition.

Passenger Bill Jaynes said the plane came in very low as it was attempting to land at the Chuuk Island airport.

'I thought we landed hard,' he said. 'Until I looked over and saw a hole in the side of the plane and water was coming in. And I thought, well, this is not the way it's supposed to happen.'

Jaynes said the flight attendants were panicking and yelling, and that he suffered a minor head injury. He said he called his wife, who started crying.

'I was really impressed with the locals who immediately started coming out in boats,' he said. 'One would think that they might be afraid to approach a plane that's just crashed.'

The sequence of events remains unclear. Jaynes said the only scenario he can imagine is that the Air Niugini plane hit the end of the runway and continued into the water. However, the airline said the plane landed short of the runway.

The striking images of people being rescued from the half-submerged plane were reminiscent of the 2009 crash landing in New York City known as the 'Miracle on the Hudson.'

'It's really fortunate that we didn't have any fatalities,' said Glenn Harris, a government aviation security inspector for the Federated States of Micronesia.

Harris said the plane left from the Micronesian island of Pohnpei about 700 kilometers (435 miles) to the east before ending up in the water at about 10 a.m.

He said he has yet to see a passenger manifest, but typical passengers would include business people from Micronesia, Papua New Guinea and Australia, as well as some tourists. Chuuk is known for its world-class diving, with dozens of WWII shipwrecks visible in the clear waters.

Harris said he doesn't know what caused the crash landing or whether the pilots had alerted air traffic control of any problems. He said an investigative team would be on the ground in Chuuk by Saturday to figure out what went wrong.

The airline said in a statement that the 35 passengers and 12 crew members aboard the Boeing 737 were all able to safely evacuate. It said the weather was poor at the time, with heavy rain and reduced visibility. 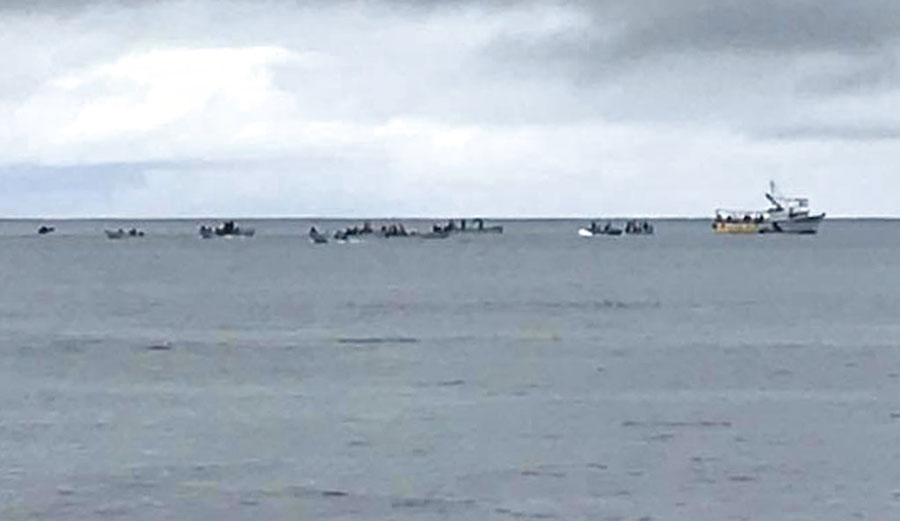