Advertisement
Home / World / 3 killed in US base shooting

3 killed in US base shooting 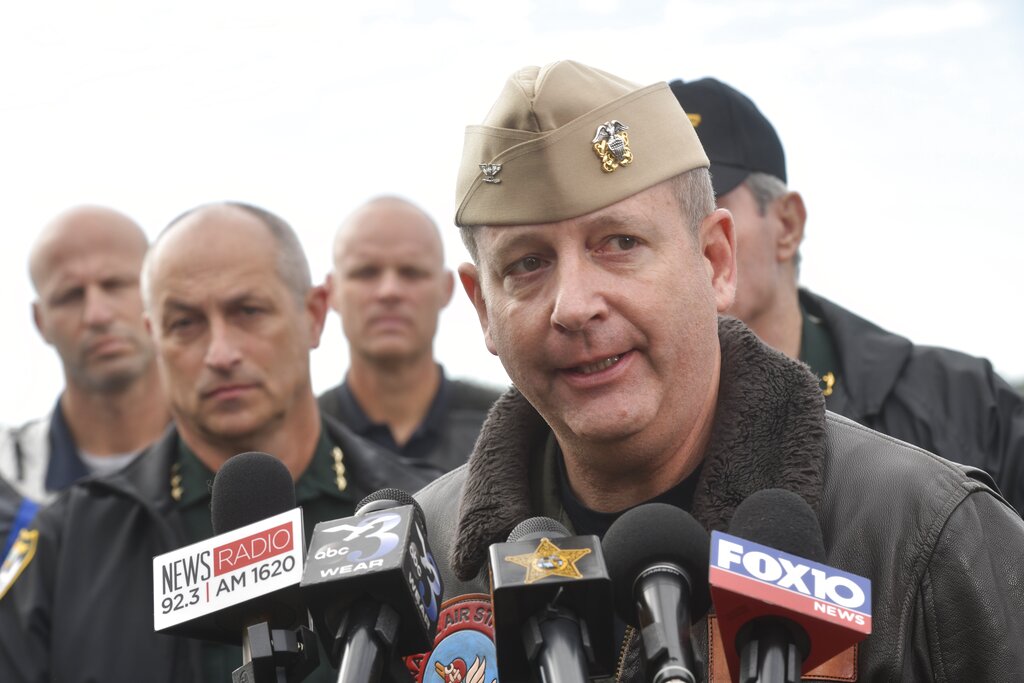 Three people were killed by a shooter on Friday at Naval Air Station Pensacola, a major US navy base in Florida, before sheriff’s deputies fatally shot the shooter, authorities said, the second deadly shooting at a US military installation this week.

An “active shooter” was encountered on the base on Friday morning, according to the Escambia county sheriff’s office.

A few minutes later, the shooter was dead, officials said.

A sheriff’s deputy fatally shot the shooter in a classroom on the base, Sheriff David Morgan said at a news conference on Friday morning. He declined to share any details about the suspected shooter’s identity.

“Walking through the crime scene was like being on the set of a movie,” Morgan said.

Two sheriff’s deputies were injured, one shot in the arm, the other in the knee, but both were expected to survive, officials said at the news conference.

US President Donald Trump had been briefed and was monitoring the situation, a White House spokesman said.

On Wednesday, a sailor shot three civilians at the Pearl Harbor military base in Hawaii, killing two before taking his own life. The Pensacola base, which is near Florida’s border with Alabama, is a training site for the navy and home to its aerobatic flight demonstration squadron, the Blue Angels. Reuters