Fifty-five people were wounded, according to the Afghan ministry of health 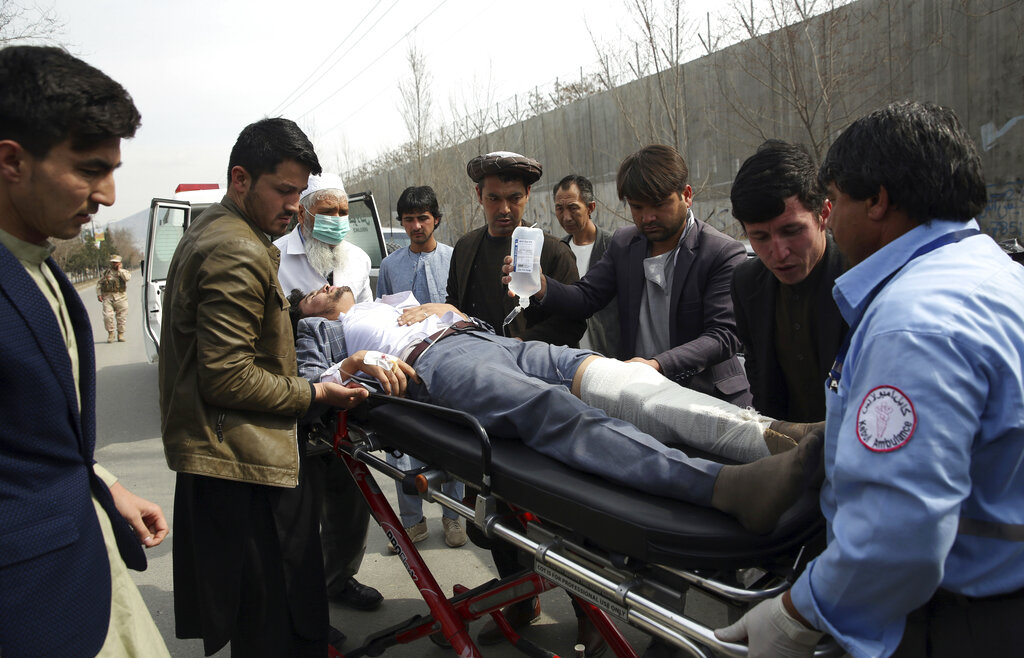 Gunmen attacked a ceremony in Kabul on Friday, killing at least 27 people in the first major attack on the Afghan capital since the US reached an agreement with the Taliban to withdraw US troops.

The Taliban, the largest Islamist militant group in Afghanistan, said in a statement they were not involved in the attack. A top Afghan political leader, Abdullah Abdullah, was present at the event but escaped unharmed.

Fifty-five people were wounded, according to the Afghan ministry of health.

“The attack started with a boom, apparently a rocket landed in the area, Abdullah and some other politicians ... escaped the attack unhurt,” Abdullah’s spokesman, Fraidoon Kwazoon, who was also present, said by telephone. Broadcaster Tolo News showed live footage of people running for cover as gunfire was heard.

A health ministry spokesman said the casualty toll could rise. Dead and wounded were being ferried from the site by ambulance.

A Nato source said that the death toll was slightly higher: more than 30 killed, with 42 wounded, 20 of whom were in a serious condition.

Afghan defence forces continued to fight gunmen throughout the day, finally securing the area by killing about three gunmen in the late afternoon, according to ministry of interior spokesman Nasrat Rahimi.

The gathering had marked the anniversary of the death of Abdul Ali Mazari, an ethnic Hazara leader who was killed in 1995 after being taken prisoner by the Taliban. Several people were killed in a similar attack on the same commemoration last year, which Islamic State said was carried out by its militants.

President Ashraf Ghani tweeted that the attack was “a crime against humanity and against the national unity of Afghanistan”.

Abdullah, who escaped, was runner-up in the last three Afghan presidential elections, each of which he disputed. He has served as chief executive of a coalition government since 2014 and is also a former foreign minister.

Relatives gathered at the morgue of a hospital, with many breaking down in tears. Ambulances and stretchers bustled back and forth at the hospital to deliver the wounded. “I was at the ceremony when gunshots started. I rushed towards the door to get out of the area but suddenly my foot was hit by a bullet,” Mukhtar Jan said from a stretcher at the hospital.