Four of the attackers were killed by security forces and a fifth was captured, Taliban spokesman Bilal Karimi said 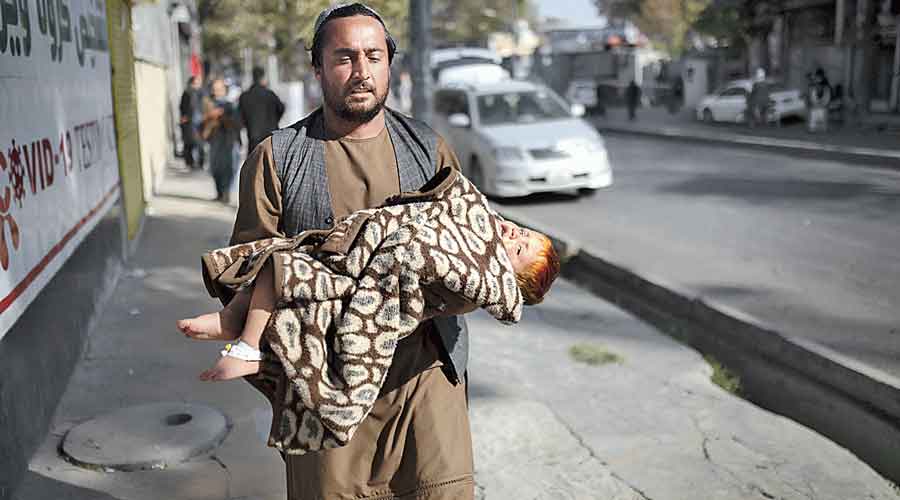 At least 25 people were killed and more than 50 wounded in an attack on Afghanistan’s biggest military hospital on Tuesday which saw two heavy blasts followed up by gunmen assaulting the site in central Kabul, officials said.

The explosions took place at the entrance of the 400-bed Sardar Mohammad Daud Khan hospital and were followed immediately with an assault by a group of gunmen, Taliban spokesman Bilal Karimi said.

Four of the attackers were killed by Taliban security forces and a fifth was captured, he said.

The blasts add to a growing list of attacks and killings since the Taliban completed their victory over the western-backed government in August, undermining their claim to have restored security to Afghanistan after decades of war.

There was no immediate claim of responsibility but the operation was typical of the complex attacks mounted by the Islamic State. It follows a string of bombings by the group.

A Taliban security official, speaking on condition of anonymity, said at least 25 people had been killed and more than 50 wounded in the assault but there was no officially confirmed casualty toll.

Photographs shared by residents showed a plume of smoke over the area of the blasts near the former diplomatic zone in the Wazir Akbar Khan area of the city.

A health worker at the hospital, who managed to escape, said he heard a large explosion followed by a couple of minutes of gunfire. About 10 minutes later, there was a second, larger explosion, he said.  He said it was unclear whether the blasts and the gunfire were inside the sprawling hospital complex.