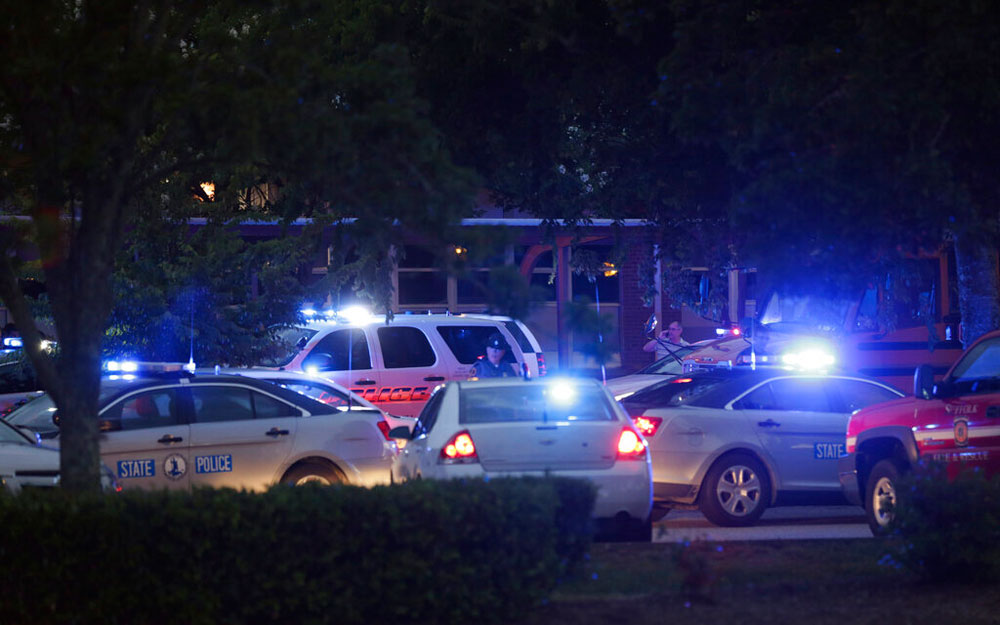 A municipal building in Virginia Beach, Virginia, was turned into a scene of carnage on Friday afternoon after a longtime public utilities employee began firing indiscriminately at his co-workers with a handgun, the authorities said, killing a dozen people and injuring several others before dying after an extended shootout with the police.

Most of the victims, city officials said, worked for the Virginia Beach government, several of them for decades. The police chief, James A. Cervera, said the suspect in the attack, DeWayne Craddock, had also been a municipal employee for about 15 years.

It had been nearing closing time in an office offering some of the most mundane functions of city government, such as paying water bills and applying for building permits, when the employee began stalking through several floors firing at his colleagues, the authorities said.

The loud bursts of gunfire sent workers scrambling and barricading their office doors.

Zand Bakhtiari, 28, who works on the first floor of the city building where the shooting happened, looked out his window about 4pm (local time) and saw people screaming and running. “I thought they were running to the scene of a bad car accident,” he said in a telephone interview late on Friday.

At that point, he had not heard any gunfire. But right after that, his boss, who had just left, called in an order to shelter in place: There was an active shooter. Bakhtiari and others in his office shut the door and got down.

The identities of the victims were not immediately released nor was the motive of the attack. One of those injured was a police officer, who was saved by his bulletproof vest, said Chief James A. Cervera of the Virginia Beach Police Department, who said at an evening news conference that the scene could “best be described as a war zone”.

Bodies were found on all three floors of the building, the chief said. One of the deceased was discovered outside in a car.

He called the shooting a “devastating incident” that “none of us want to be here talking about”, adding that it was “going to change the lives of a number of families in our city”.

Chief Cervera said the gunman, whom he declined to name, was carrying a .45-caliber handgun, with several extended magazines.

He had a suppressor on the weapon to muffle the sound, the chief said. The gunman was wounded after an exchange of fire with the police, who later issued first aid on him. But he succumbed to his injuries.

The shooting took place shortly after 4pm within the sprawling Virginia Beach Municipal Centre, a campus of city offices and agencies, including the Police Department. The attack unfolded on multiple floors in Building No. 2, which includes offices for planning and public works, among others, and is adjacent to City Hall. At the scene, bystanders fled for safety and officers converged in large numbers.

“This is the most devastating day in the history of Virginia Beach,” Mayor Bobby Dyer said.

“The people involved are our friends, co-workers, neighbours, colleagues,” he continued before his voice trailed off and he bowed his head. Dale T. Gauding, a spokesman for Sentara Healthcare, said five patients were taken to Sentara Virginia Beach General Hospital.

Another patient at Sentara Princess Anne Hospital was being picked up by helicopter and transferred to a trauma centre at Sentara Norfolk General Hospital, he said.