The party was not rejected, but a group of candidates and leaders was, says state committee member Subir Nag 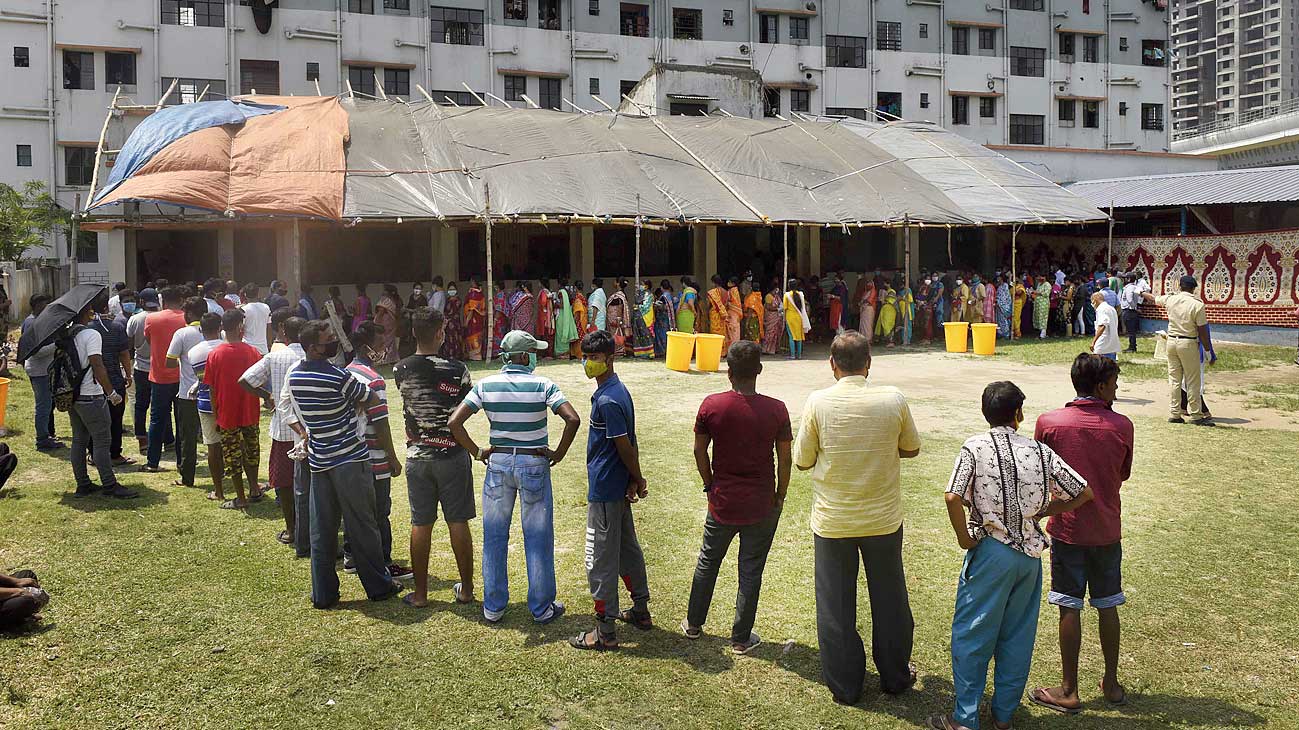 Six districts of central Bengal with 94 seats turned out to be crucial contributors to Mamata Banerjee’s sweep in the Assembly elections by adding to the BJP’s disappointment as the saffron camp had hoped to double its seat count from that cluster in comparison to 2019.

The districts are East Burdwan, West Burdwan, Birbhum, Murshidabad, Hooghly and East Midnapore, where the BJP was leading in 25 Assembly segments in the Lok Sabha elections of 2019 and was expecting to at least double that — on the basis of polarisation — this time given the extensive campaign at the grassroots by the saffron camp.

The BJP had estimated a stellar performance especially in districts such as West Burdwan, Hooghly and Birbhum, according to sources in the party’s state committee. But the BJP not only failed to double the tally of 25 from the six districts but also slumped to 19.

“We expected at least 50 from the 72 of the five districts other than the minority-dominated Murshidabad (with 22 seats). Trinamul had leads in 65 from the 94 segments in 2019. This time, we got 19, Trinamul got 73, with two seats in Murshidabad yet to go to the polls (as candidates succumbed to Covid-19),” said a state BJP functionary.

In districts such as Hooghly and West Burdwan, the BJP was hoping it had done enough by way of polarisation. In East Midnapore, it was confident that Trinamul turncoat Suvendu Adhikari’s defection would be enough for a sweep.

Several BJP insiders said since the spectacular performance of the party in 2019, the leadership, right down to the grassroots, had developed an “attitude problem”.

“Without even coming to power in the state, the arrogance of a long-time ruling party was conspicuous among leaders of this belt. That arrogance came from the overconfidence, regarding coming to power,” said a senior BJP leader.

“There was also unacceptable highhandedness from the rank and file of the party, which the people disliked immensely…. Also, the MPs did little or no work for the constituencies in these two years,” he added. “There was also tremendous bickering between the old and the new leaders in the party. There was angst against Trinamul turncoats getting prominence and easy candidature in the BJP.”

Trinamul leaders of the districts held several other factors responsible.

“First of all, and this is most important… polarisation did not work. That’s true for most of Bengal. That’s true for this belt. Bengal’s Hindus simply did not get swayed by the Hindutva pitch and firmly denied the BJP,” said Debu Tudu, a senior Trinamul leader in East Burdwan.

“Also, most of Bengal, including this belt, rejected the saffron bohiragawto (outsider),” he added.

Several leaders in districts with considerable agricultural population, such as Hooghly and East Burdwan, said the Narendra Modi government’s contentious farm laws and the BJP’s treatment meted out to protesting farmers at Delhi’s borders did not go down well.

“Irrespective of the relevance of these laws to Bengal, the general anti-farm, anti-farmer perception of Modi and the BJP took roots here,” said a Trinamul leader in Hooghly.

Birbhum Trinamul chief Anubrata Mondal said women usually ignored by parties in India but a key area of focus by Mamata throughout were wowed and won over in large numbers, which paid rich electoral dividends.

“Besides all other schemes that help women, such as Kanyashree and Rupashree, the schemes of the past year, like Duare Sarkar and universal Swasthya Sathi, in which women were prioritised made a great deal of difference,” he said.

“Ultimately, the people were won over by unnayan (development) that Didi (Mamata) was able to ensure for each and every family,” Mondal added.

However, most from the BJP were willing to go on record regarding these factors yet. The BJP’s state committee member Subir Nag, a leader from Hooghly, said he was unaware of the reasons for the debacle in the belt. “I would say the BJP was not rejected,” he said.

“But it’s undeniable that most of its candidates, a group of its leaders, they were rejected by the people,” Nag was quick to add.