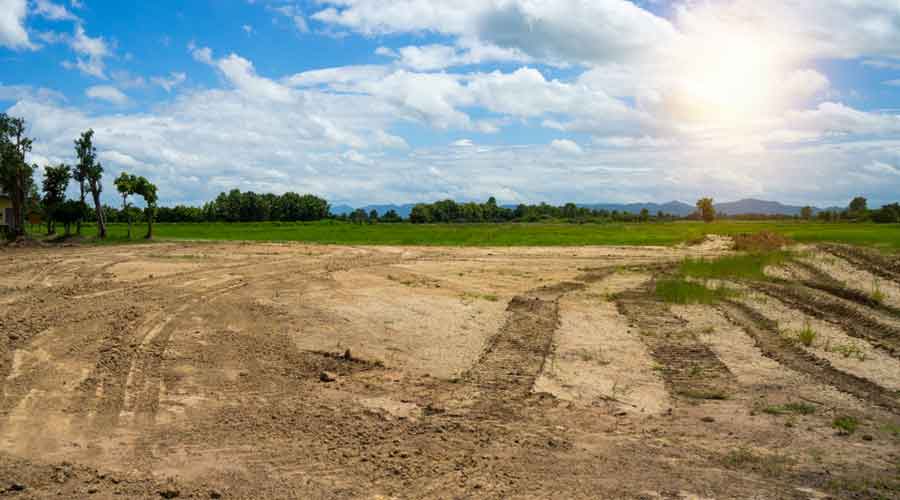 Sources dealing with the issue said the practice of leasing out farmland on verbal agreement by nearly 30 per cent landowners was one of the reasons behind the farmers’ reluctance to enrol in the scheme
Shutterstock
Pranesh Sarkar   |   Calcutta   |   Published 28.12.20, 02:39 AM

The Banerjee government may find it difficult to reach out to all 72 lakh farmers in Bengal with one of its flagship schemes — Krishak Bandhu — as it has received a lukewarm response in terms of enrolment despite the chief minister’s announcement on relaxing eligibility criteria for potential beneficiaries.

Sources dealing with the issue said the practice of leasing out farmland on verbal agreement by nearly 30 per cent landowners was one of the reasons behind the farmers’ reluctance to enrol in the scheme.

The state government received only about 1.9 lakh applications seeking inclusion in the scheme till December 21 through the camps set up under Duare Sarkar programme.

Before the Duare Sarkar programme was launched, 47 lakh farmers had signed up for the scheme, under which farmers get annual financial assistance of Rs 5,000 for an acre.

“If less than 2 lakh out of 25 lakh left out farmers apply for the scheme in the first two phases of Duare Sarkar, it can be said that the response from the farmers is lukewarm,” said a senior state government official.

The sources said initially it was felt that lack of land-related documents could be the sole reason behind the poor response from the farmers. The chief minister then asked the officials to ease the norms and made it clear that only an undertaking from the farmers — who don’t have land-related documents to claim themselves as farmers — would make them eligible for the scheme.

“But it now appears that the problem is something else because the response from the farmers is still poor despite the norms being relaxed,” said an official.

The field officials of agriculture and land and land reforms departments recently found that nearly 30 per cent of the landowners — majority of whom own a relatively larger size of farmland — had given “verbal lease” to some landless farmers who cultivate the land and enjoy the majority share of the produce.

“As they are not registered as sharecroppers they cannot apply for the financial assistance under the scheme even though the scheme has provisions for providing assistance to the registered sharecroppers. The original landowners are no more interested in farming,” said a senior state government official.

The official also said that the original land owners perhaps didn’t want to come forward to apply for the scheme as they apprehended that they would get exposed as leasing out farmland verbally was not allowed in Bengal.

The sources have said the oral lease system has become a practice in large parts of the state over the past few years after either the landowners moved out of the villages or the next generation of the landowners settled outside the village after losing interest in cultivating the farmland.

“They want to retain the land and at the same time they don’t want that sharecroppers are registered on the land. That’s why they settle on a verbal agreement that those who cultivate their plots would enjoy a majority share of the produce. The landless farmers who cultivate such land don’t show interest in getting their names registered as they enjoy the majority share of the produce, sometimes up to 90 percent,” said a source.

In case of a registered sharecropper, the owner gets 25 percent of the produce. In case, the landowner gives the input cost, the produce is shared on a 50:50 basis.

Sources in the Trinamul Congress said that the ruling establishment was eager to reach out to all the farmers with the scheme ahead of the Assembly polls as the BJP was continuously campaigning that the state government had prevented farmers from getting benefits under the Centre’s PM-Kisan scheme that secures a maximum of Rs 6,000 to a farmer annually.

“The chief minister is eager to establish that Bengal has given assistance to all its farmers and it is a better scheme than the central scheme. The government is trying to reach out to all 72 lakh farmers and we will find out after January 25, when the Duare Sarkar programme will conclude, how many farmers did not come forward,” said a minister.