Akhil Bharatiya Vidyarthi Parishad (ABVP), is contesting all posts of union office-bearers in all 3 faculties 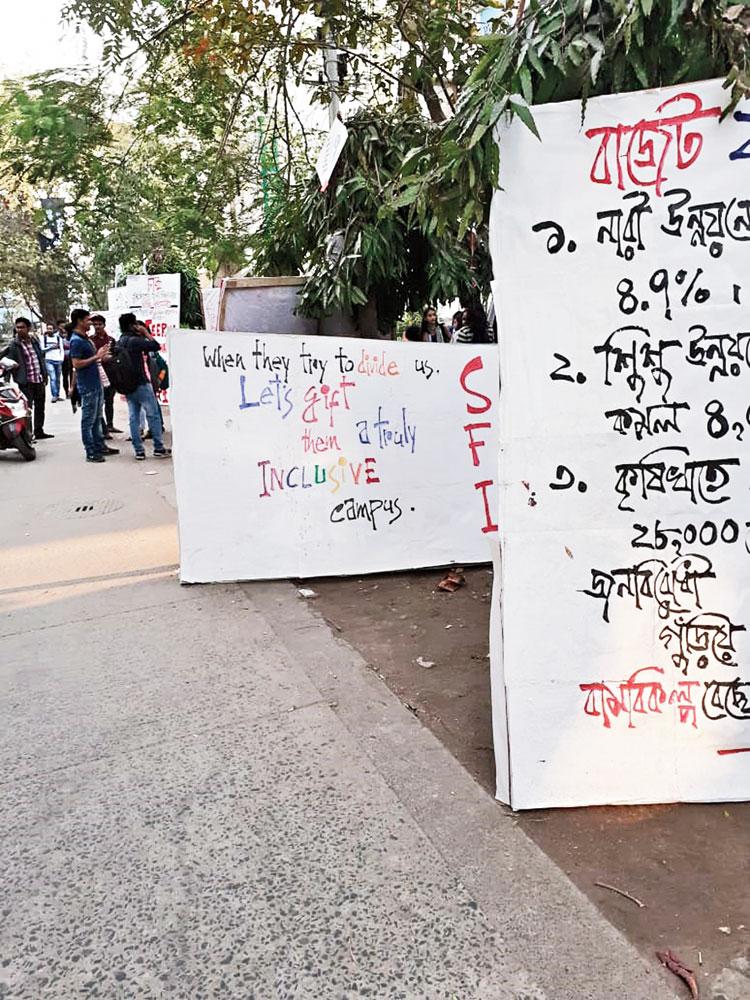 Two days before the student union elections at Jadavpur University, the first in three years, vice-chancellor Suranjan Das has appealed to students to ensure “a peaceful and democratic exercise of their franchise”.

“All members of the Jadavpur community… have worked together to preserve the spirit of democracy and sanctity of this great institution. I am sure that this tradition of cooperative and constructive harmony will prevail again this year, and we do look forward to witnessing a peaceful and democratic exercise of their franchise by the students of this university,” reads the appeal posted on the university’s website on Monday.

The students’ wing of the RSS, Akhil Bharatiya Vidyarthi Parishad (ABVP), is contesting all posts of union office-bearers in all three faculties — engineering, arts and science.

So far the contest had been between the SFI and the other students’ unions, which are Left-leaning but opposed to the CPM’s student wing.

Supporters of the ABVP, who had allegedly vandalised the arts faculty students’ union room the day Union minister Babul Supriyo was barricaded by Left supporters on the campus last September, is campaigning in support of the Citizenship (Amendment) Act. The RSS students’ wing has come up with graffiti in favour of the the National Register of Citizens (NRC).

Those opposed to the ABVP are campaigning against the CAA and the NRC.

In his appeal, the VC has reminded students that campus polls in JU have been peaceful over the years. “Another matter of pride for all of us has been the calm, orderly and peaceful way in which students’ election have been held at our university, setting an example for other institutions. Students of Jadavpur University have demonstrated that democracy cannot function in an atmosphere of violence and intimidation,” the appeal reads.

“A section of the ABVP supporters has accused Left supporters of not allowing them to campaign freely. The VC has appealed so that the polls are held in the sprit of democracy,” the official said.