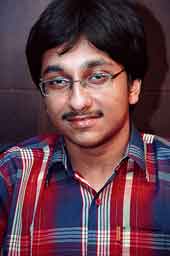 The top ranks on the Madhyamik merit list eluded city students yet again, but the performance of city schools saw a record improvement, with a 10 per cent increase in the pass percentage.

According to the numbers rolled out by the Board of Secondary Education, the overall success rate in Calcutta is 74.62 per cent. A closer examination reveals that in keeping with the national trend, girls have outperformed boys. The pass percentage among girls is 75.62 per cent, against 73.71 per cent for the boys.

Among students from Calcutta, Ahanjit Bhattacharya, of Narendrapur Ramakrishna Mission, and Anish Acharya of Jodhpur Park Boys’ have scored 791 out of 800 — 98.8 per cent — and ranked a joint fifth.

They are just four marks behind Mohammad Arif Sheikh of Bangshihari Sihole High School, in South Dinajpur, who has topped among 658,914 students.

“I am very happy. My school usually does well and after my test, I was quite sure that I would bag a rank,” said Ahanjit.

But for some of the top performers, the score came as a surprise.

“I knew I would do well, but I never expected a tally of 780. I haven’t seen my marksheet yet, but I am sure that Mathematics and Physical Science have pulled me through,” said Deep Chakrabarti, of South Point High School.

Deep, who wants to study bio-engineering, has ranked 14th in the state and is among the five from the city to have made it to the top 20.

“The schools that traditionally do well have repeated their performances,” said Ujjwal Basu, president, West Bengal Board of Secondary Education.

As in previous years, students from the city schools scored 100 per cent marks in subjects like Mathematics, Physical Science, Additional Mathematics and Additional Mechanics.