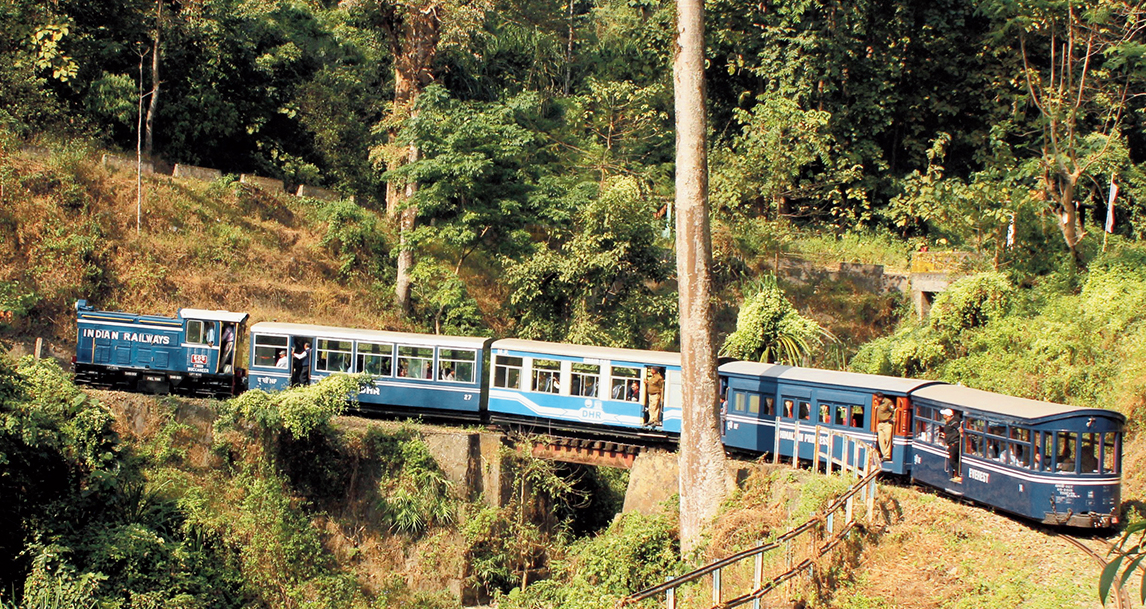 The World Heritage Committee of Unesco has expressed concern over the status and conservation of the Darjeeling Himalayan Railway that was conferred the world heritage status 20 years ago.

At the 43rd session of the WHC that was held for 11 days recently to discuss the protection of natural and cultural heritage of the world, the committee mentioned that the Indian railways had not taken adequate measures to protect and conserve the heritage mountain railway started in 1881.

The convention was held in Baku, Azerbaijan, from June 30 to July 10 .

“At the event, a number of decisions were adopted on the world heritage sights of Unesco. They include the DHR, which is one of the heritage sights recognised under the mountain railways of India since 1999,” said a source in the railways.

In July 2017, when the Gorkhaland agitation had rocked the Darjeeling hills, a number of DHR properties, including two stations and a portion of the renowned Elysia Building — the DHR headquarters in Kurseong — were damaged and toy train services remained halted for several months.

Representatives of Unesco had then written to the Indian Railways, expressing concern over the status of the heritage assets of the railway.

At that time, Unesco had hinted that if the “Outstanding Universal Value” of the world heritage property remained under threat, the state of conservation of the Mountain Railways of India may be brought to the attention of the World Heritage Committee at its 42nd session.

After the agitation was over, the DHR officials were instrumental in restoring services and taking a number of initiatives. However, Sonada and Gayabari — the two stations which were torched — are yet to be repaired.

“The railway authorities had also tried to expedite the process of drafting the CCMP (Comprehensive Conservation and Management Plan) of the DHR and had assigned Unesco with the task. But it seems that the WHC is not satisfied with the initiatives, which is why it has reiterated the issue of conservation of DHR,” said a DHR enthusiast based in Siliguri.

Members of the UK-based Darjeeling Himalayan Railway Society had also expressed concern about the heritage railway, particularly after the properties were damaged.

At the convention held in Baku, the WHC has found that no information has reached from India about DHR regarding its “lack of monitoring and general maintenance, serious encroachment by illegal construction and waste dumping along the tracks of the property between 2017 and 2019”.

The WHC has also expressed concern at the “erosion of attributes bearing the Outstanding Universal Value (OUV)” after 20 years since its inscription and “failure to implement the recommendations formulated by ICOMOS at the time of inscription.”

ICOMOS is the International Council on Monuments and Sites that works for conservation and protection of heritage sites around the globe.

“The WHC has, however, welcomed the initiative of Indian railways to prepare the CCMP. It wants the plan to be implemented immediately and has suggested a separate conservation and management unit for the DHR,” a source said.

The WHC will also recommend that the Centre should submit a proposal, clarifying the boundaries of the DHR and its buffer zone, along with details of proposed policy and legal instruments to improve its protection and management, shows the draft report.

“It is obvious that such recommendations would come because often, there is congestion in tracks as vehicles are parked on it in some stretches. Also, there is no buffer zone beside the tracks in most areas,” a DHR enthusiast said.

At the convention, the WHC has also mentioned that it has requested the Centre to invite a reactive monitoring mission to DHR from Unesco and its advisory bodies like ICOMOS.

Through reactive monitoring, the advisory bodies of Unesco report to the WHC about the status of conservation of heritage properties.

The WHC has also asked the Centre to prepare a detail report on the conservation of the the DHR and implementation of other decisions and submit it to the committee by February 1, next year.

Officials of the Northeast Frontier Railway could not be contacted.