An agitation led by Trinamul was suspended on Friday, while another led by the Gorkha Janmukti Morcha (Binay camp) was extended till October 2 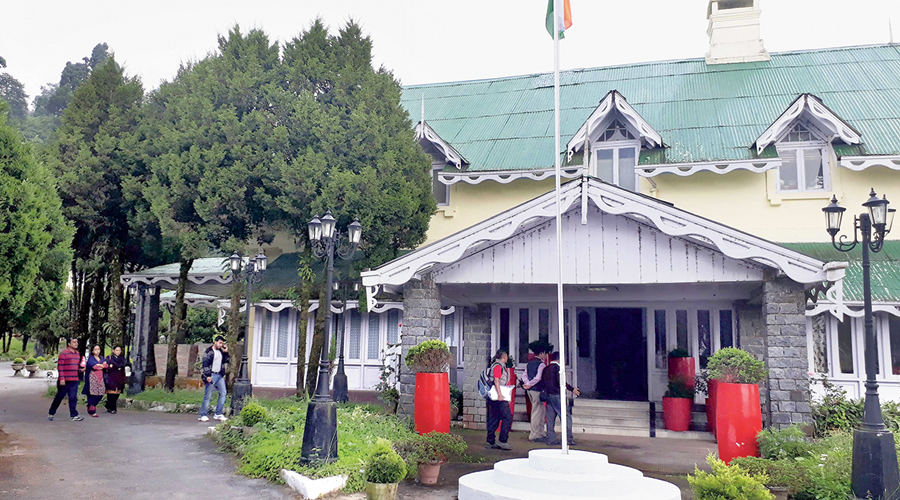 A job agitation led by Trinamul in the hills was suspended on Friday, while another led by the Gorkha Janmukti Morcha (Binay camp) was extended till October 2.

The TMC and Binay faction of the Morcha are both in power but their agitations have not yet helped reach their goals.

The TMC affiliated Darjeeling Nagarpalika Karmachari Sangtan on Friday decided to suspend their 11-day relay hunger strike following the return of their union leaders from Calcutta after meeting state officials.

The civic workers are demanding post-facto approval of the jobs of 116 employees, filling up of 70-odd vacant posts, inclusion of more than 100-odd casual and contractual workers in pay-band category and appointments of next-of-kin in died-in-harness cases.

“The union leaders are of the opinion that things are moving in the right direction. This is why they decided to suspend the elections for some time. If the need arises our district president, L.B. Rai, will take up the matter at a higher level,” said N.B. Khawash, spokesperson of the TMC (hills).

Trinamul union leaders said that they would wait for a couple of months, and if nothing moved, they might resume their agitation.

The United Employees Union of Gorkhaland Territorial Administration, on a pen-down strike from September 1, on Friday announced they would carry on with their agitation till October 2.

The union, affiliated to Binay Tamang camp of the Morcha wants regularisation of more than 4,000 pay-band employees.

Shekar Thapa, spokesman of the union said that they had decided to extend their pen down strike in GTA offices till October 2.

“GTA chairman Anit Thapa has written about our demands to the state government, party president Binay Tamang raised our demand during his visit to Calcutta recently. We are receiving some positive feedbacks though nothing is concrete. However, we decided to extend our agitation till October 2,” said Thapa.

The union leader said that they are “hopeful” of a positive outcome during chief minister Mamata Banerjee’s visit to north Bengal from September 28.

“We are hearing from certain quarters that our proposal has been sent to the finance department by the hill affairs department and hence are hopeful,” said Thapa.

Health and PHE departments are exempt from the agitation.