In a very short span of time, the museum has become a must-visit place for tourists 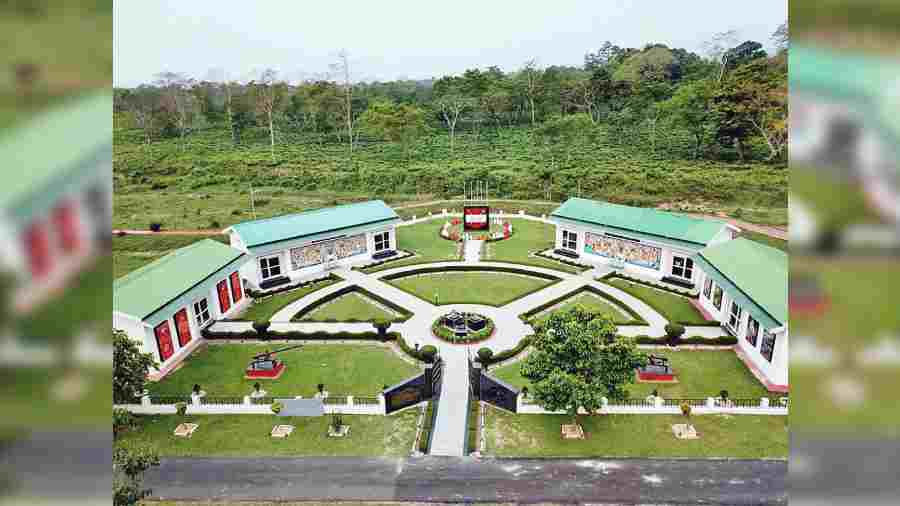 The Trishakti Heritage Complex was recently opened to the public in the meadows of the Sukna Military Station, on the outskirts of Siliguri.

In a very short span of time, the complex has become a must-visit place for tourists.

“The complex was conceptualised with an aim to provide a glimpse of the glorious history and sacrifices of the soldiers of the Trishakti Corps that has its headquarters in Sukna and the natural beauty of the region. It has the Trishakti Corps museum, the Trishakti war memorial and a 72ft- high National Flag area,” said a source.

The museum has been divided into four blocks — Christison, Umrao, Chogyal and Kanchenjungha. The Christison block is named after the first British general officer commanding (GOC) and depicts the brief history of the corps.

“The Umrao block is named after the first Indian GOC of the corps and depicts the Bangladesh war, peacetime contributions of the corps, history of its three divisions and sub-area,” the source said.

The Chogyal block is dedicated to the history and culture of the Himalayan state of Sikkim and the Kanchenjungha block portrays the diverse flora and fauna of the region.

Some of the items on display at the museum

The Trishakti war memorial also showcases various war trophies. There are T-55 tanks, aircraft and guns used by the armed forces and a dedicated wall, displaying names of the soldiers of the corps who have laid their lives for the nation.

Sources have said the complex is only one of its kind in north Bengal and gives visitors an opportunity to acquaint themselves with the achievements of the Indian armed forces.

The complex, which is also a symbol of national pride, highlights the serene beauty of Sukna, thereby providing it with a well-deserved place on the tourist map of the region.

With the complex being opened for the general public for the first time, stakeholders of tourism industry have appreciated the decision and said it would soon develop as a major destination for tourists who want to learn about the activities and the history of the armed forces pertaining to north Bengal, a region that is strategically important for the country.

“This is indeed a unique museum and we hope in the coming days, it will emerge as a popular destination for tourists. We expect the footfall to be higher as the museum is located along the most popular road route to Darjeeling,” said Tanmoy Goswami, who runs a travel house in Siliguri.