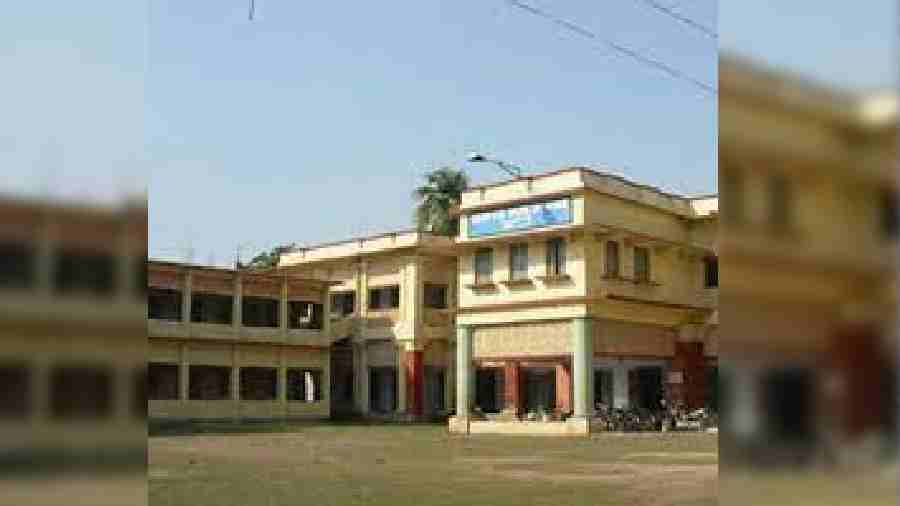 Supporters of the Trinamul Chhatra Parishad (TMCP) locked a gate at the Ananda Chandra College of Commerce in Jalpaiguri on Tuesday, protesting against a change in their class routine.

Teachers and non-teaching employees could not enter their designated rooms and had to spend over five hours in another room. Also, no classes were held either.

Around 10.30am, hundreds of students assembled at the entrance to the college and resorted to protests. They locked the gate, demanding revocation of a revision that has been made in the class routine.

“Till now, classes would commence at the college from 11am but today, we came across a notice issued by the principal that classes will start from 10.30am. Hundreds of students come from far flung areas to study here and it would be inconvenient for them. They would even miss the classes. That is why, we want this change to be withdrawn,” said Snehasish Choudhury, one of the protesters.

As the protests continued the teachers and other employees could not enter the teachers’ room and in other rooms. They had to sit in a room ahead of the main gate for hours.

“We went to the principal to speak on the issue but he said that he has not served the notice.  It is surprising as the notice carries his signature and seal. We want to make it clear that if the decision is not changed, we will continue our movement on Wednesday,” said a student who had joined the protest that continued till 5pm.

Siddartha Sarkar, the principal, left the college during the demonstration.

Later, Mithun Das, a teacher and a member of the college’s routine committee, said the notice had been issued according to Sarkar’s instruction. “We have nothing to comment on it. The principal can only speak about it,” he said.

Sarkar, the principal, could not be contacted.

Calls made to him went unanswered.