Trench to ward off elephants 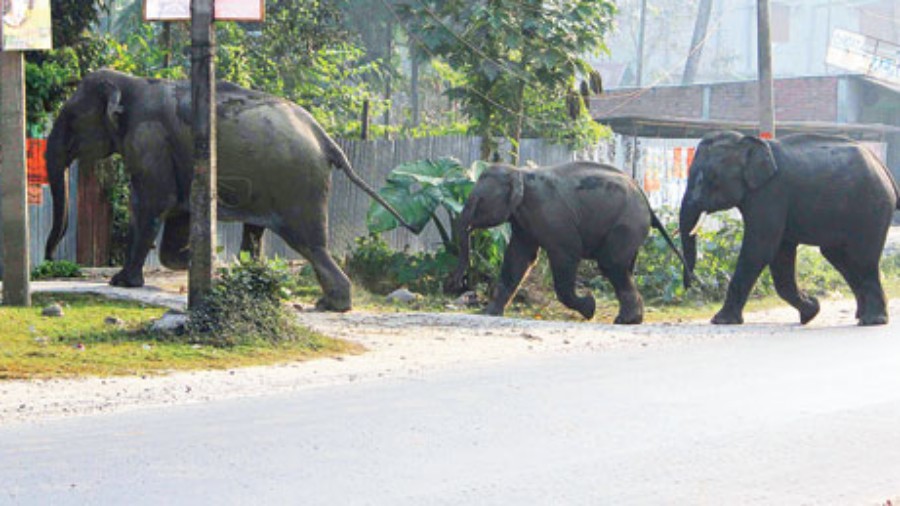 Under watch: A herd of wild elephants in Dhupguri town in Jalpaiguri district
File picture
Our Correspondent   |   Jalpaiguri   |   Published 26.10.20, 12:17 AM

Regular incidents of elephant attacks in some areas of Jalpaiguri district that cause loss to life and property have made the district administration come up with a plan that can help address the problem and generate jobs.

At Rajadanga area of Malbazar subdivision, where herds of wild elephants often enter villages, the administration has taken up a project to dig a 15-km-long trench to deter elephants. The project has been taken up under the 100-days’ work scheme of the Mahatma Gandhi National Rural Employment Scheme, administrative officials said.

“On one hand, the rampage of elephants in villages can stop, and on the other, water conserved in this trench can irrigate nearby farmlands. We have dug around 9km of the trench while the rest of the work would be carried out after Durga Puja,” said Surajit Chatterjee, the nodal officer of MGNREGS in Jalpaiguri district.

According to him, in Rajadanga and Odlabari, which are near forests Kathambari and Apalchand and also the fringes of the elephant corridor of north Bengal, 9km of the 15km trench (4km in Odlabari and 5km in Rajadanga) have already been dug.

Around 3,000 man-days have been created through this project and only local residents hired under the 100-days’ work scheme.

A resident said that the trench was seven feet in depth and 12 feet in width. “It won’t be possible for any elephant to cross the trench.”

In Jalpaiguri, villages in Malbazar, Matialli and Nagrakata blocks see elephant attacks. “We plan to dig trenches in some other places too in consultation with officials of the state forest department,” said Chatterjee.

Jalpaiguri district magistrate Abhishek Kumar Tiwary said they were also reviving the old water sources (hilly streams or jhoras) in the hilly tracts of the Dooars.