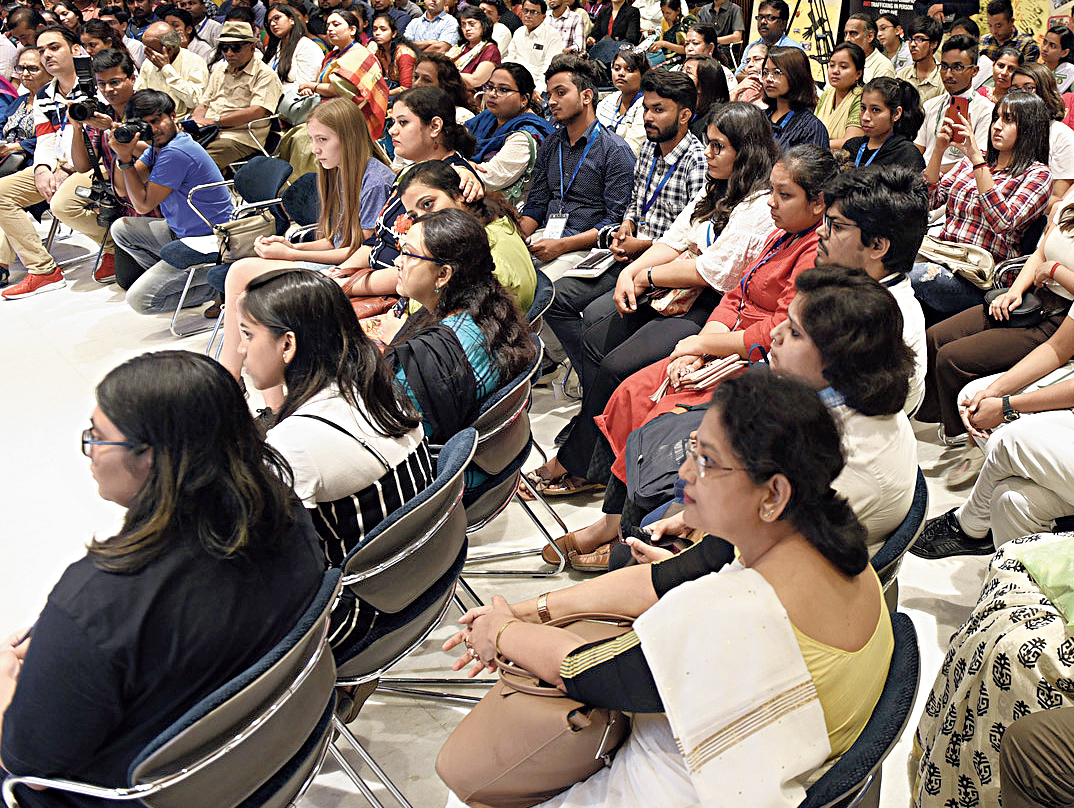 Trafficked to Mumbai from the city at nine, rescued a few months later, kept in a shelter, rejected by her family, and now a dance teacher to children rescued from traffickers.

The 30-year-old woman shared her journey at American Center on Tuesday, World Day Against Trafficking in Persons.

“Most children who are trafficked are in trauma even after rescue. They are scared and refuse to speak to anyone. It takes time to connect with them so that they can open up,” said the woman who has been working with trafficked children for the past 15 years.

“Many of them do not have family support and they want to end their lives but we try to stand by such girls and heal them through dance movement therapy,” the youth leader said.

The programme saw youth activists from the US, Nepal, Bangladesh and India who are working to combat trafficking share their experiences.

Other youth activists present at the programme included a student of social science who works on gender issues in the villages of Bihar and Jharkhand and a student of Delhi University who is campaigning against trafficking in the university through social media.

A law student from Nepal, whose mother was trafficked, has been inspired to take up law “to plead for the survivors”.

“Too often survivors of human trafficking are either excluded from the anti-trafficking movement or only included as graphic reminders. To include survivor voices and to give them a safe place to collaborate with other stakeholders here at American Center is an important step to uplifting their voices,” American Center director Monica Shie said.

“Human trafficking may sound like a distant problem to some but it’s closer than you think. It’s in our communities… let’s arm ourselves with knowledge and take action.”