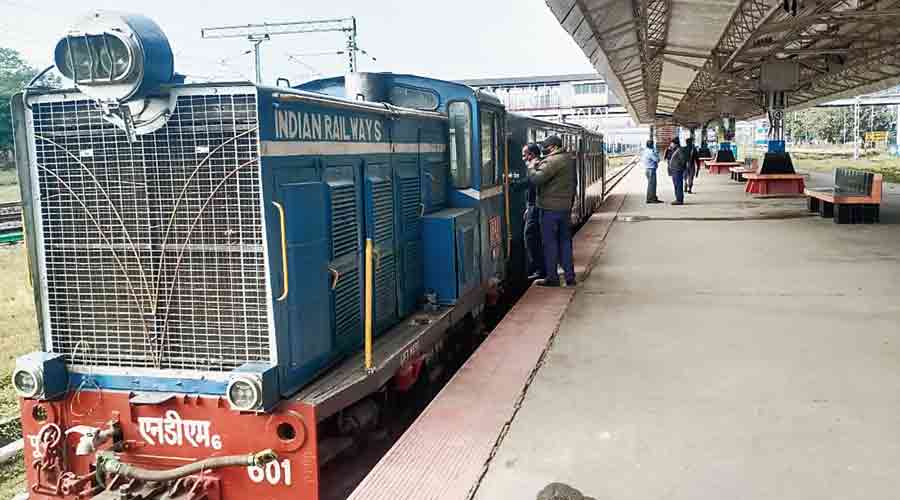 The toy train service of the Darjeeling Himalayan Railway (DHR) between New Jalpaiguri (NJP) and Darjeeling that had been suspended for three months following a landslide between Tindharia and Mahanadi, resumed on Friday.

“A landslide, following incessant rain across the hills, had damaged a stretch of NH55 near Tindharia and we had to stop the service between NJP and Darjeeling. We have restored the service from today (Friday). The restoration work has been carried out by the state PWD along the stretch,” said AK Mishra, the director of the DHR.

The DHR, which earned the world heritage status of the Unesco in 1999, is considered one of the prime attractions for tourists visiting the Darjeeling hills.

Over the past few years, the inflow of passengers has increased prompting the DHR authorities to introduce a number of new services and also host events to popularise the toy train. These include an evening ride from Siliguri Junction called “Steam-Jungle-Tea-Safari” and a train service from Kurseong called the Red Panda Express. Also, the number of joy rides between Darjeeling and Ghum stations, the most popular ride for tourists, has been increased.

“The number of tourists have declined because of fresh restrictions imposed by the state owing to the recent surge in Covid-19 cases. However, we haven’t discontinued any of our services so far and hope things will improve soon,” said an official.