The Alipurduar district administration has come up with nine cottages at Daragaon, a tiny hilly hamlet, in the district, built at around Rs 1 crore 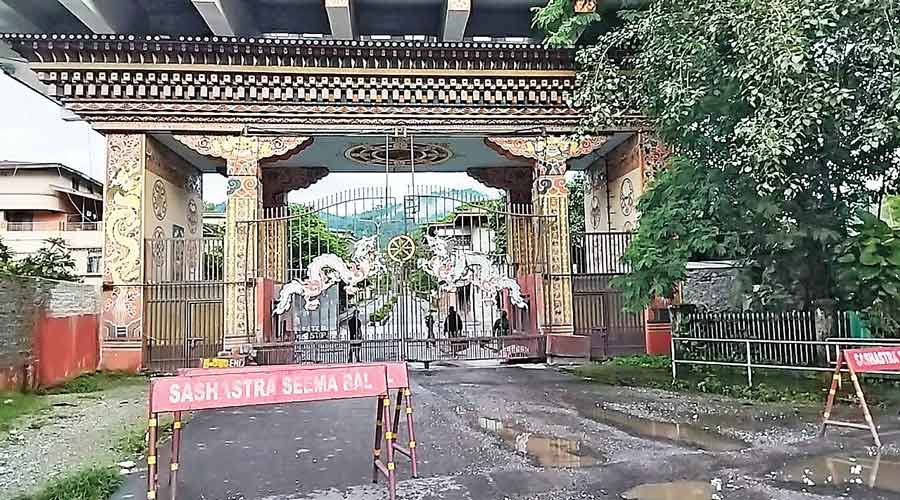 Come Diwali, and tourists intending to travel to the Dooars — particularly the eastern parts of the region that fall in Alipurduar district — will have the option to enjoy the enchanting landscape of the Himalayan kingdom of Bhutan from a hilltop of India.

The Alipurduar district administration has come up with nine cottages at Daragaon, a tiny hilly hamlet, in the district, built at around Rs 1 crore.

“Each of these is a double-bed cottage. Tourists can spend nights here while travelling to the neighbouring country from India and vice-versa. The accommodations will be opened before Diwali,” said a source.

Sitting at the cottages, one can see the Bhutan hills and Phuentsholing town, the principal entry point to Bhutan by road from India, and its surroundings.

Raj Basu, a veteran in the north Bengal tourism industry, said these cottages, close to the India-Bhutan border, would provide tourists an opportunity to catch a glimpse of the neighbouring country.

Bhutan has opened gates for tourists after the Covid-19 pandemic, but made it mandatory for tourists to stay in paid quarantine for a fortnight.

“Tourists can catch a glimpse of the mystic landscape of Bhutan while staying in the Dooars. There are only a few accommodations available for tourists at such a location on the Indian border,” said Basu.

The cottages have been handed over to the Jaigaon Development Authority (JDA). Ganga Prasad Sharma, the chairman of JDA, said: “We will provide the cottages on lease to a private agency. The tender process has been initiated. “

“Tariff and other charges would be finalised once we select the agency (to run the facility) and confirm  an agreement,” added Sharma.

He mentioned that a paved road has been constructed from Jaigaon town to the cottages which are on the Daragaon hill.

“Tourists can sit on the verandah of the cottages, enjoying the beauty of forests and hills, while relishing the local traditional cuisine. In due course, there are plans to organize a day-trip to Phuentsholing and adjoining areas of Dooars and also organise ethnic cultural events at the venue,” said a source in the JDA.