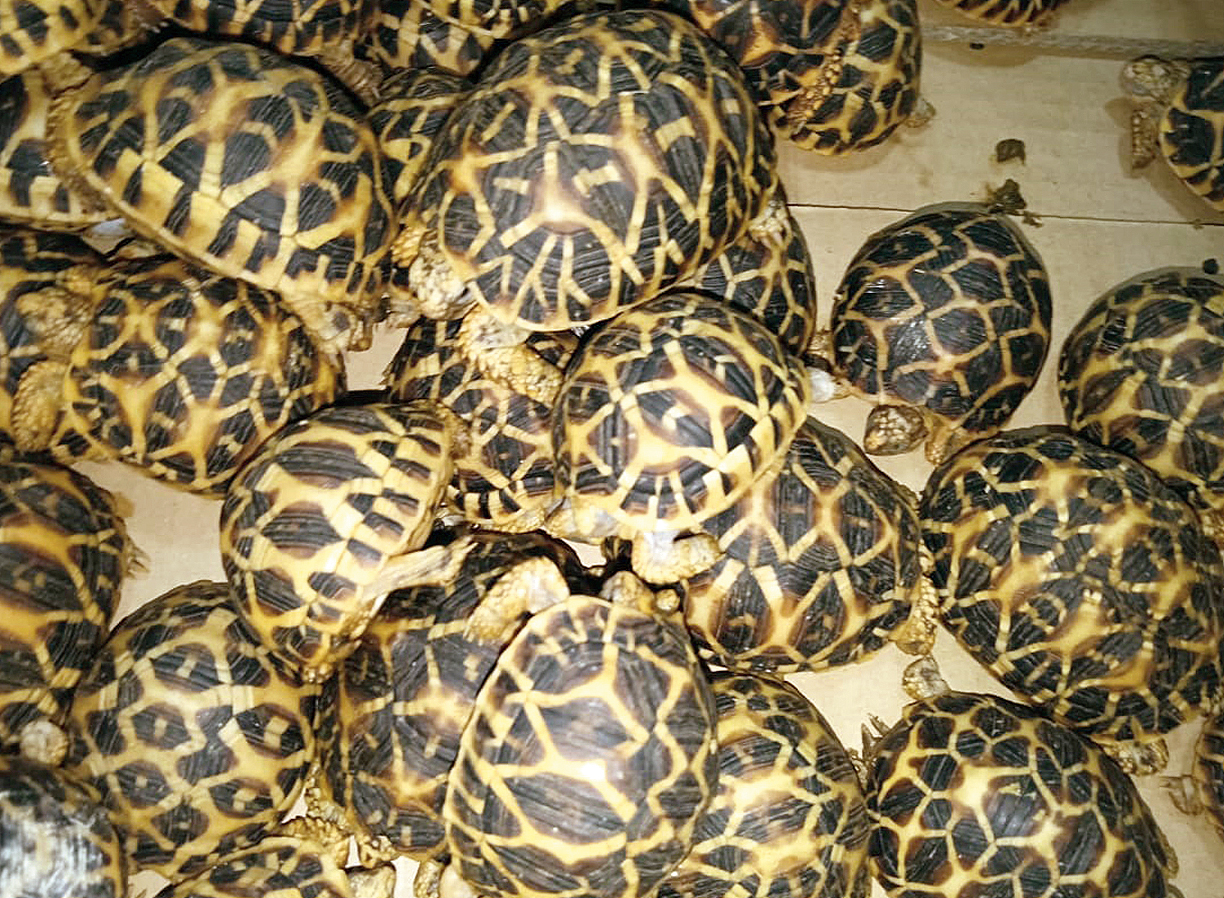 At least 830 Indian Star Tortoises (Geochelone elegans), stashed in four trolley bags, were rescued from the boot of a sedan in the parking area of Santragachhi railway station on Friday afternoon.

Three men have been arrested.

An officer of the directorate of revenue intelligence (DRI), which conducted the raid, said the men had told the sleuths during interrogation that the tortoises had been brought from Chennai and were to be handed over to a person in Banipur, North 24 Parganas.

“The tortoises were to be smuggled to Bangladesh,” the officer said.

A forest department officer said an Indian Star Tortoise could fetch between Rs 2,000 and Rs 5,000 in the grey market, depending on its size and age.

DRI officers had split into teams and kept watch inside and outside the station following a tip-off that a passenger travelling by the Howrah-bound Coromandel Express was carrying tortoises.

Around 15 minutes after the train had pulled in, officers spotted three men moving suspiciously with bags.

“They hurriedly kept the bags in the boot of a Hyundai Verna in the station’s parking lot. We intercepted the vehicle and searched the car. The tortoises were found in the bags,” the officer said. “The man who brought the tortoises from Chennai fled.”