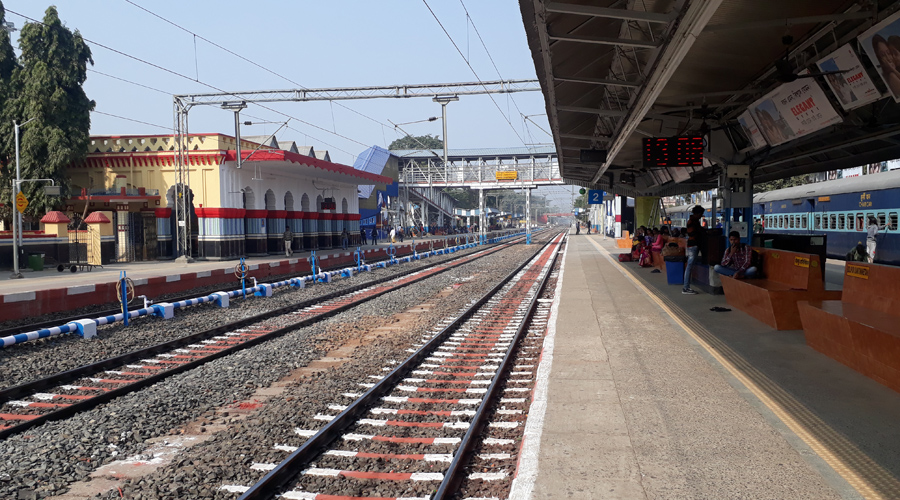 Eastern Railway has decided to engage Visva-Bharati’s school of fine arts Kala Bhavana to give Bolpur railway station a makeover on the theme of the art and culture of Santiniketan and Rabindranath Tagore.

This comes within a month of the December visit of Union home minister Amit Shah to the varsity campus and the video-address by Visva-Bharati Chancellor and Prime Minister Narendra Modi on the occasion of the institution’s centenary celebrations.

Many sources said this hinted at how the BJP-led central government was making fervent attempts to highlight its Bengal connect in the run-up to the Bengal polls.

Sources said senior officials of Eastern Railway, headed by Howrah divisional railway manager Sonjoy Kumar Saha, on Saturday held a meeting with Kala Bhavana’s senior professors at Bolpur station and asked for a detailed project report on how the station and its surroundings could get a “makeover sourcing from the art and culture of Santiniketan and of Rabindranath Tagore”.

The sources said railway officials asked Kala Bhavan teachers to send their proposal as soon as possible, indicating that the central government wants primary work to start before the Assembly polls.

A team of professors headed by Kala Bhavana principal Pankaj Panwar who attended the meeting gave a primary briefing to Saha and his team on making the station unique.

“We plan to promote this station as an international one.… We held a meeting with Kala Bhavana teachers who assured us of help to implement the project,” said Saha.

Sources said the Kala Bhavana team proposed a theme based on Tagore and Visva-Bharati along with murals of several modern artists.

“We will hold a meeting shortly and make a detailed plan after visiting the station and measuring the area,” said a Kala Bhavan professor.

Trinamul leaders called out the “politics” behind the plan ahead of the polls. Anubrata Mondal, Trinamul’s Birbhum president, said: “People cannot forget the faux pas by (BJP chief J.P.) Nadda in describing Santiniketan as the birthplace of Tagore... The railways’ move is nothing but a last-ditch effort to undo the damage.”

“People have not forgotten that their leaders took part in attacking the campus last year to break its gates,” he said.