The assessment of damage should be over by Saturday, said officials of One Auto Pvt Limited 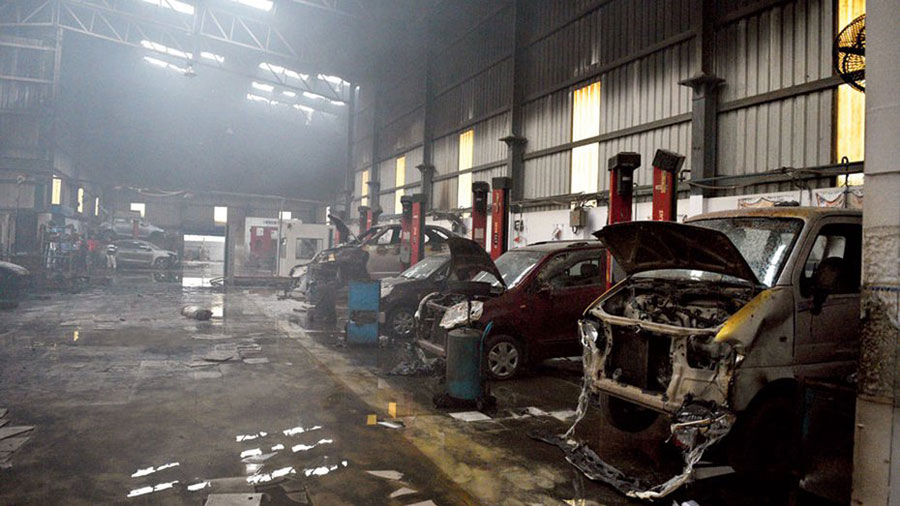 A preliminary assessment suggests that 20 to 22 cars were damaged in the fire that broke out at a Maruti Suzuki service centre in Mukundapur on Thursday afternoon.

The assessment of damage should be over by Saturday, said officials of the service centre, One Auto Pvt Limited.

The unit is spread across 30,000sqft and located around 1km from Metro Cash & Carry, in the interiors of Mukundapur, off the Bypass.

“A preliminary inspection suggests that 20 to 22 cars were damaged. Some of them were clamped to the stands and some were dismantled for repairs. It’s only after the assessment is over that we can assess the extent of damage to individual cars,” an official at the service centre said.

Sources said those who had lost their cars to the fire can seek damages from the service centre, which remains liable to return the vehicles to their owners, or claim insurance from the companies that had insured the cars.

Officers of Narendrapur police station, in whose jurisdiction falls the area where the service centre is located, said officials of the state forensic department had not visited the spot till Friday afternoon.

“The fire could have started from a short-circuit or a cigarette butt,” an officer said.

The management of the service centre has started contacting the owners of the vehicles that were on its premises when the fire broke out.

“We did not wait for the assessment to be over. Our first priority is to assure our customers that we are doing the needful. All our customers whose vehicles have been damaged in the fire have been contacted and informed about the situation and the procedures we are following,” an official of One Auto Pvt Limited said.