Sunderbans tiger count up by 12 in four years

Growth in prey base one reason for rise 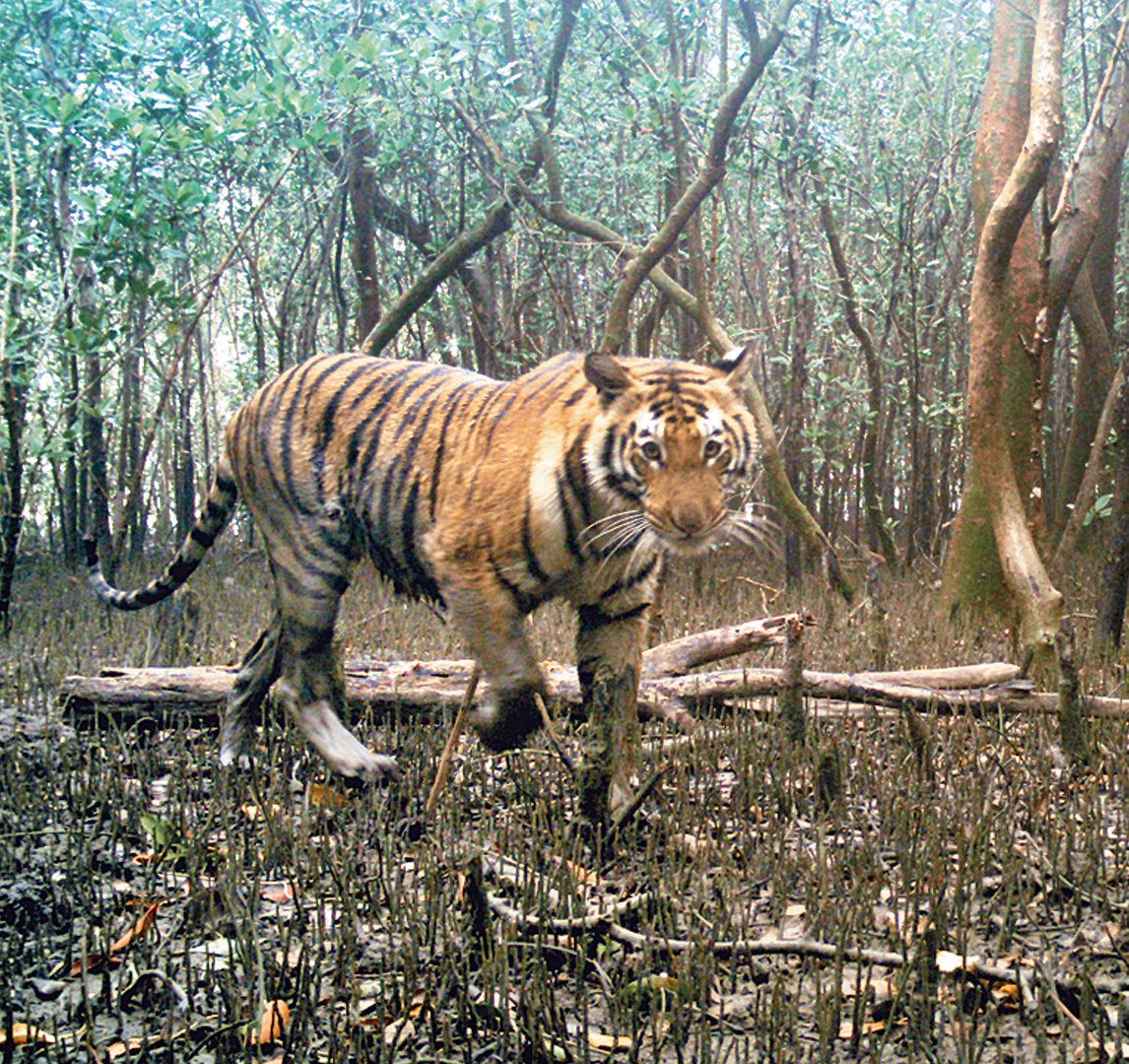 The census, whose findings were released on International Tiger Day on Monday, does not include sub-adults and cubs.

Researchers and forest department officials attributed the spurt in the number of Royal Bengal Tigers to a growing herbivore population, which serves as the prey base.

The similarity in terrain between the Sunderbans Tiger Reserve and the forests outside it in South 24-Parganas has also contributed to the rise, they added.

The Sunderbans is spread across 10,000sqkm, a little above 4,000sqkm of which is in India. The rest is in Bangladesh. The Indian Sunderbans is split between the tiger reserve and the South 24-Parganas division.

The Sunderbans Tiger Reserve, one of the first nine tiger reserves that came into being following the launch of Project Tiger in 1973, is spread across 2,500sqkm. It comprises the Sunderbans National Park, marked as the core area, and the Sajnekhali Wildlife Sanctuary and the Basirhat Range, which form the buffer zones.

The part of the forests in the South 24-Parganas division, spread across 1,600sqkm, accounts for a third of the total tiger population in the Sunderbans.

“Unlike other tiger reserves, in the Sunderbans the tiger population is not confined to the reserve area. The similarity in terrain and the presence of the prey base enable tigers from the reserve to spread to the forests in the South 24-Parganas division,” a forest department official said in Calcutta.

Yadvendradev Jhala, a senior scientist at the Dehradun-based Wildlife Institute of India, cited the growing prey base as one reason for the rise in the tiger count.

The current herbivore prey base mostly comprises wild boars and spotted deer. “We don’t have the exact number but it has gone up several times,” said Ravi Kant Sinha, Bengal’s chief wildlife warden.

The census report — prepared by National Tiger Conservation Authority of the environment ministry, in collaboration with the Wildlife Institute of India — has divided tiger habitat in India into Shivalik, Central India, Western Ghats, Northeast and the Sunderbans. The lost tiger habitat — where tigers were found in 2014 but not in 2018 — stood at 7,364sqkm.

Around 400 pairs of cameras were placed at strategic locations across the mangrove forests for the count.

Sunderbans: Arjun Mondal, a Sunderbans resident who worked with women who lost their husbands to tiger attacks, was feared to have been taken away by a big cat on International Tiger Day, two men accompanying him said. The two said Mondal, 40, was catching crabs in the Pirkhali Gazi forest when he was taken away.