While the govt wants the politician's oath to be administered by governor Dhankhar or Speaker, the governor has appointed deputy Speaker Asish Banerjee to do the job 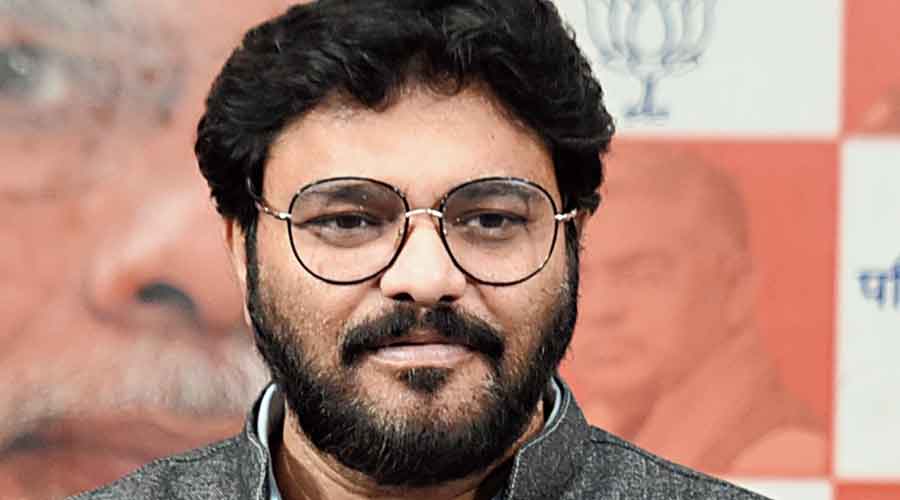 Speaker Biman Banerjee on Monday said governor Jagdeep Dhankhar might have reservations about an individual but should administer oath of office to Trinamul’s Ballygunge MLA Babul Supriyo as soon as possible.

Banerjee, who was speaking to journalists at the Assembly, said the delay in administering the oath to Supriyo, who won the bypoll last month, was uncalled for.

“One may or may not like someone. That shouldn’t be a reason for the oath ceremony being delayed. It is uncalled for... The governor himself can administer the oath and be done with it… It is his constitutional obligation,” Speaker Banerjee said.

Supriyo, who is a former junior Union minister and a BJP MP of Asansol before he left the party and joined Trinamul last year, won the Assembly bypoll from Ballygunge on April 16 but is yet to take oath as an MLA.

While the government wants Supriyo’s oath to be administered by governor Dhankhar or Speaker Banerjee, the governor has appointed deputy Speaker Asish Banerjee to do the job.

Following the governor’s nomination, deputy Speaker communicated that he would not be able to execute the job because of his illness.

“This is not a matter that concerns me, but the governor and the parliamentary affairs minister... I think it should have been over by now. It is surprising that it isn’t,” Speaker Banerjee said.

A few days back, Dhankhar on the sidelines of an event at Haldia had said that by nominating the deputy Speaker to administer the oath on his behalf his duties were over.

“I have chosen, in the fitness of things, to nominate the deputy Speaker for the job,” he had said. “So far as I am concerned, my constitutional job is over.”

Sources in the government said parliamentary affairs minister Partha Chatterjee has already spoken to the Speaker on the issue and decided that a fresh letter would be sent to the governor urging him to administer the oath to Supriyo.