Sixty years of the dream conquest 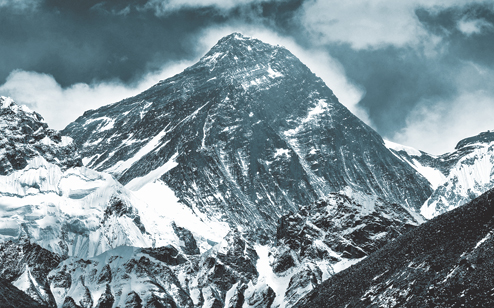 “… For what is Everest without the eye that sees it? It is the hearts of men that make it big or small.”

— Tenzing Norgay in Man of Everest

Sometime in 1971, a young lad aged around 10 years and his grandmother walked out of Das Studio, a premier photo gallery in Darjeeling. The boy clutched an envelope in his hand as though his life depended on it. The duo then walked past Glenary’s, Keventer’s, The Mount Everest Hotel and continued down to Tonga Road. They stopped in front of a modest- looking house and were greeted by the shrill barking of a number of Lhasa Apsos.

The door opened and my grandmother said: “Tenzing, can you please autograph this, my grandson is a great admirer of yours.” I gazed spellbound as the great man signed his name with a flourish and asked us in for tea. More than 40 years later that postcard is still with me today — a cherished possession!

The year 2014 marks the birth centenary of Tenzing Norgay and in all likelihood will pass unnoticed.

It is generally believed that Tenzing was born in Nepal in a village called Thami, a stone’s throw away from the Sherpa capital, Namche Bazaar. In fact, he was born in 1914 in Tibet on a grazing alp called Ghang La, surrounded by emerald lakes and high peaks. Tenzing was the 11th child out of 14 of his mother Kinzom. His father Mingma was a yak herdsman and Tenzing spent his early years grazing yaks in the Kharta valley with the shadow of Everest looming above him. Many years later in Darjeeling, Tenzing named his house “Ghang La” after the alp where he was born. Sadly, his father Mingma lost all his yaks in an epidemic and with no work to be had in Tibet, the young Tenzing was sent to Nepal.

Around 45 miles west of the Kharta valley, lies the high and glaciated pass of Nangpa La (18,750ft) which was a trade route between Tibet and Khumbu in Nepal. This was the pass which Tenzing crossed, when as a young boy he came to work for a sherpa family in Khumbu. However, Tenzing had set his sights on being a climbing sherpa and realised that he needed to get away to Darjeeling — the base for all expeditions. He also fell in love with Dawa Phuti who belonged to a wealthy family in Thami. Dawa’s parents were against the match and so the two of them, accompanied by some other sherpa friends, eloped to Darjeeling around 1932.

After the tragic disappearance of Mallory and Irvine on Everest in 1924, the British did not attempt the mountain for several years. In 1933 they returned to Darjeeling to select sherpas for the expedition led by Hugh Ruttledge. Lacking experience, Tenzing climbed the steps to the Planters Club to meet the selection committee. However, the “sahibs” dismissed him and he spent the summer tending cows in Alubari, Darjeeling.

In 1935, he appeared again on the same Planters Club verandah hoping against hope. He spoke no English and gestured to the committee that he did not have any certificate from the Himalayan Club. He was asked to step out of line. But by a peculiar quirk of fate, Eric Shipton, the expedition leader, decided to hire him. Shipton describes the moment: “From one hundred applicants we chose fifteen sherpas... but there was one Tibetan lad... a newcomer, chosen largely because of his attractive grin... Tensing Bhotia.”

Tenzing had never climbed before, but on that expedition he reached the Rapui La, 22,740 feet with Dan Bryant and Charles Warren. Tenzing says: “No one taught me to climb. I learnt from experience on every expedition. I soon knew which climbers to watch.”

Tenzing was again selected for the 1936 expedition under Hugh Ruttledge. However, the expedition did not have much luck and got as far as the North Col as the early monsoon had covered the mountain in deep snow.

Bill Tilman who made the first ascent of Nanda Devi, with Noel Odell the last man to see Mallory and Irvine alive, led the British expedition in 1938. Tenzing excelled on this expedition, making a carry to the highest Camp VI at around 27,200 feet for which he received the Tiger Medal, given to the most outstanding sherpas. Tenzing recounts that he saw oxygen equipment for the first time, known to the sherpas as “English air”!

The war years ended the British expeditions to Everest.

In the spring of 1947, a solo climber, Earl Denman arrived in Darjeeling to make a clandestine attempt on Everest and asked Tenzing to accompany him. Denman had no permit and his chances of success were bleak. Tenzing says: “But I couldn’t say no. For in my heart I needed to go and the pull of Everest was stronger for me than any other force on earth.” Denman did not get higher than the North Col.

Nepal had opened its doors to climbers in 1949 and in 1952 the Swiss attempted Everest for the first time. In a daring attempt Raymond Lambert and Tenzing reached 28,250 feet on the south-east ridge when bad weather forced them back. The Swiss were back with Tenzing that autumn but strong winds and extreme cold prevented them from getting a little higher than the South Col.

The British returned to “their mountain” in 1953. Tenzing had forged a special relationship with the Swiss and was reluctant to accompany the British. However, he was persuaded by Lambert to join and so for the seventh time he returned to Everest under Colonel John Hunt. Before leaving Darjeeling, he confided to his friend Rabi Mitra that this time “it was do or die”.

Evans and Bourdillon, the first summit party, made a Herculean attempt from the South Col and reached the South Summit (28,700ft) on May 26, 1953. It was the highest that men had climbed. On May 29, 1953, at 11.30am, history was made and Hillary and Tenzing stood on the summit of Everest. Life would never be the same again for Tenzing!

Though Tenzing is primarily remembered for the ascent of Everest, his exploits in the rest of the Himalaya are worth recounting. He attempted, unsuccessfully, Tirich Mir (25,200ft) in 1939 and Nanga Parbat (26,660ft) in the autumn of 1950, where two climbers were lost. In 1947 he climbed Kedarnath (22,770ft) with a Swiss team. In 1950 he climbed Bandarpunch (20,720ft) with Jack Gibson on his third attempt and in 1951 he summited Nanda Devi East (24,389ft) with the French — a climb he rated harder than Everest!

The success on Everest made Tenzing a hero. He received the George Medal from Queen Elizabeth, while Hunt and Hillary were knighted. Pandit Nehru took a special interest in Tenzing’s welfare and he was the first field director of the Himalayan Mountaineering Institute, Darjeeling, a post he held until he retired in early seventies. On May 9, 1986, Tenzing suffered a brain haemorrhage and passed away at his home in Darjeeling.

Sixty one years after the first ascent of Everest, it is more than fitting to recall Tenzing’s words: “Like the Buddhist Wheel of Life, my own life had made its great turning. I was back with Everest — with Chomolungma — where I started; with the dreams of a boy who looked up from the herd of yaks. Only now the dream had come true.”

The writer is a Calcutta-based photographer and mountain aficionado