Miruna Magar, the actress, was allegedly seen slapping Phurba Lama, a monk, at a promotional of the film in Nepal, whom she accused of touching her inappropriately 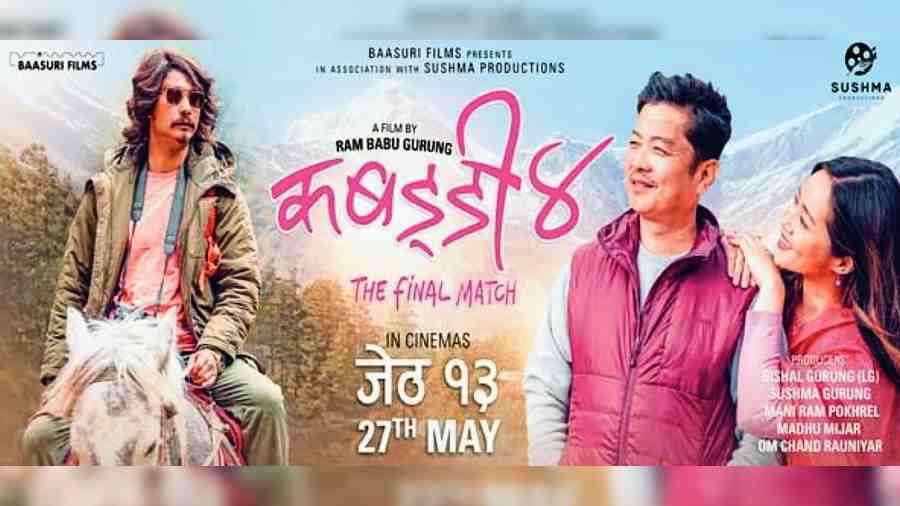 The Sikkim government on Tuesday banned the release of Nepali film Kabaddi 4: The Final Match in the state to “respect” the sentiments of Buddhist organisations which had taken offence at an alleged incident of assault on a monk by one of the lead actresses during a promotional event.

The producers had said the film would be released in Sikkim on June 17.

Announcing the conditional ban imposed on the film on his Facebook page, Sikkim chief minister P.S. Tamang (Golay) said the decision had been taken to respect the sentiments of the people. “The state government has decided to impose a ban on the release of Kabaddi 4 in the state until the dispute is resolved in an acceptable manner,” he said.

The dispute Golay is referring to arose after Buddhist organisations in Sikkim were affronted by the incident in which Miruna Magar, the actress, was allegedly seen slapping Phurba Lama, a monk, at a promotional of the film in Kathmandu, Nepal, last month. She accused the monk of touching her inappropriately.

The Sikkimese Buddhist organisations, however, claimed there was no evidence to suggest Lama had groped Magar and demanded she publicly apologise to the monk or provide credible proof of the incident before the film was allowed to be released in Sikkim.

The producers of Kabaddi 4 indicated that an amicable solution between Magar and Lama was imminent. “The entire team of Kabaddi 4: The Final Match respects the decision of the honourable chief minister of Sikkim P. S. Golay and upholds the sentiments of the Buddhist people all over the world,” said Sushma Gurung, one of the producers.

Gurung added: “An amicable solution between Miruna Magar and Phurba Lama is underway very soon. Until then, Happy Saga Dawa to all.”

Saga Dawa is one of Buddhism’s sacred festivals and was celebrated on Tuesday.

The day commemorates the birth, attainment of enlightenment and nirvana by Lord Buddha. The festival is a state holiday, and there is a ban on the sale of meat throughout the former Buddhist kingdom for a month leading up to Saga Dawa.