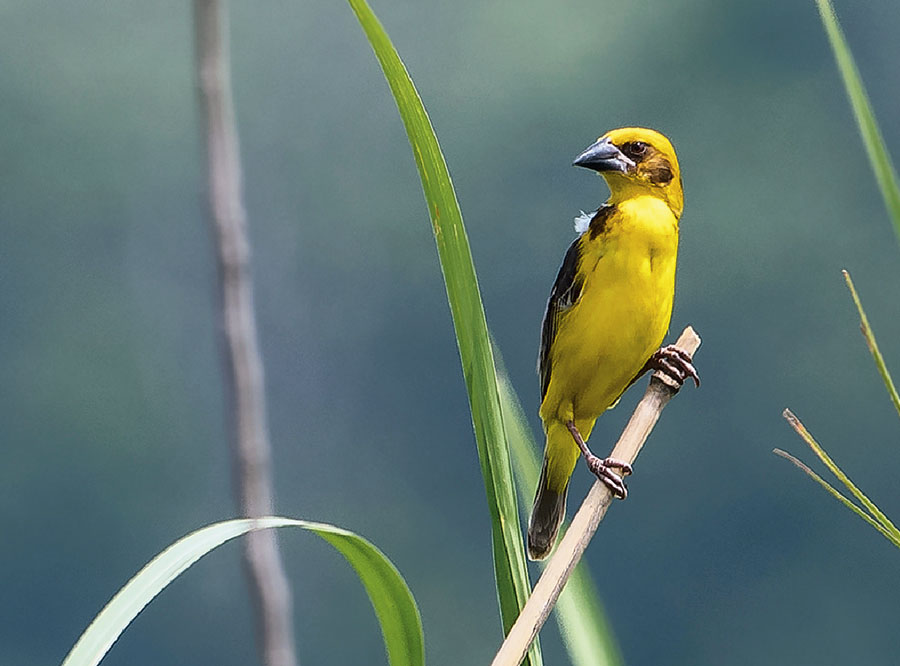 Some of the birds labelled as “high concern” in a report released at a UN conference in Gandhinagar, Gujarat, on Monday could be seen in Calcutta even a few years ago, birdwatches have said.

The Finn’s Weaver, which has found a special mention under the “Neglected Species” head in the report State of India’s Birds 2020, was visible on a wetland behind IIM Joka seven or eight years ago, Sujan Chatterjee, one of the conservationists behind the report, said in Calcutta on Tuesday. It has not been spotted since in the city, he said.

The bird is categorised as “vulnerable” on the International Union for Conservation of Nature (ICUN) Red List.

There are about 1,000 Finn’s Weaver globally and close to a half are in India, according to the report.

The report has been compiled based on about 10 million observations sent by 15,000 birdwatchers from across the country on Cornell University’s e-Bird platform. 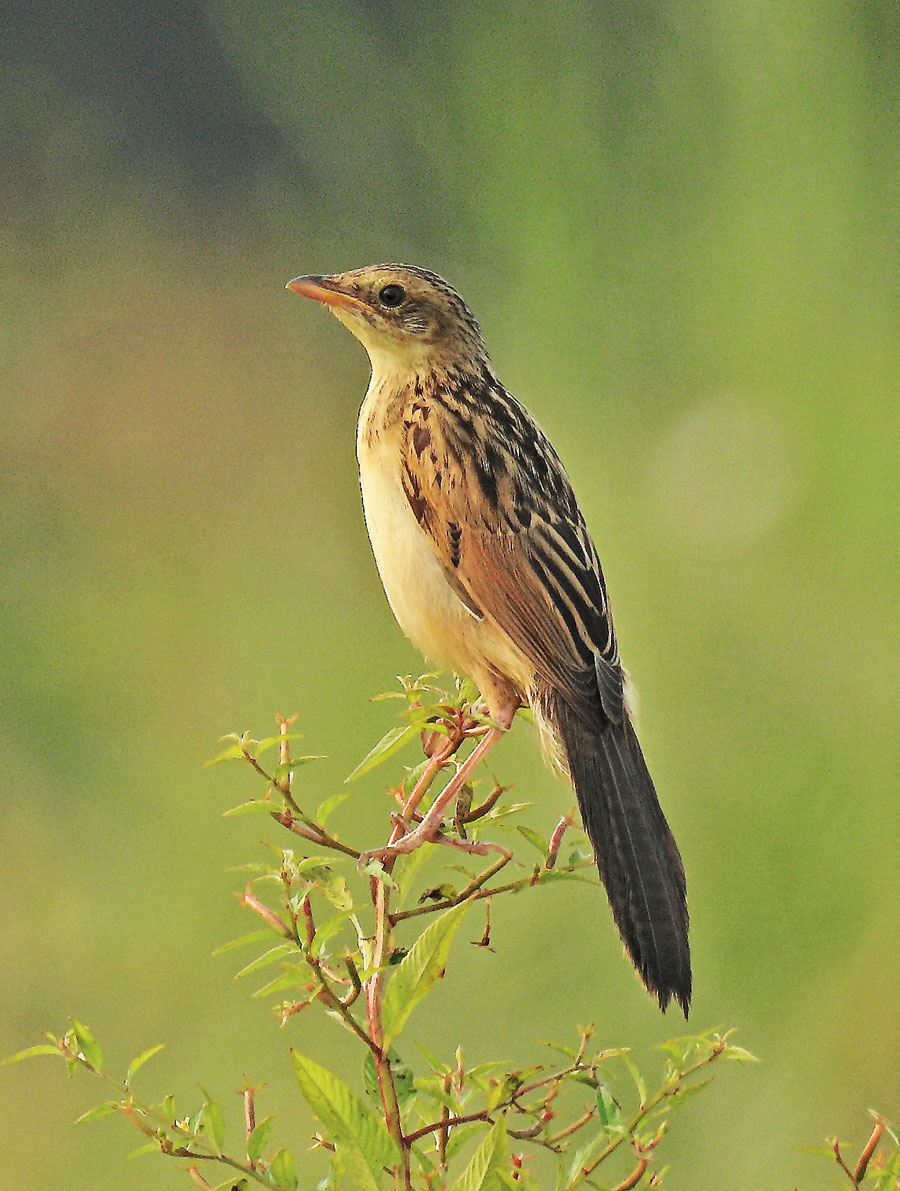 Bristled Grassbird: The number has come down drastically

Experienced and trusted birdwatchers worked as reviewers and sent their reports that helped in the compilation of the report, which was released at the Conference of the Parties to the Convention on the Conservation of Migratory Species of Wild Animals (CMS COP13) in Gandhinagar.

Some of the partner organisations that helped prepare the report are the WWF-India, the Bombay Natural History Society and Wetlands International.

Chatterjee, who was one of the reviewers cross-checking and authenticating the data sent by 15,000 birdwatchers, said the Finn’s Weaver was a Calcutta bird. “There are two races of the bird — a north Indian race that is found in and around Kumaon and the eastern race, first spotted in Calcutta in the 19th century.” 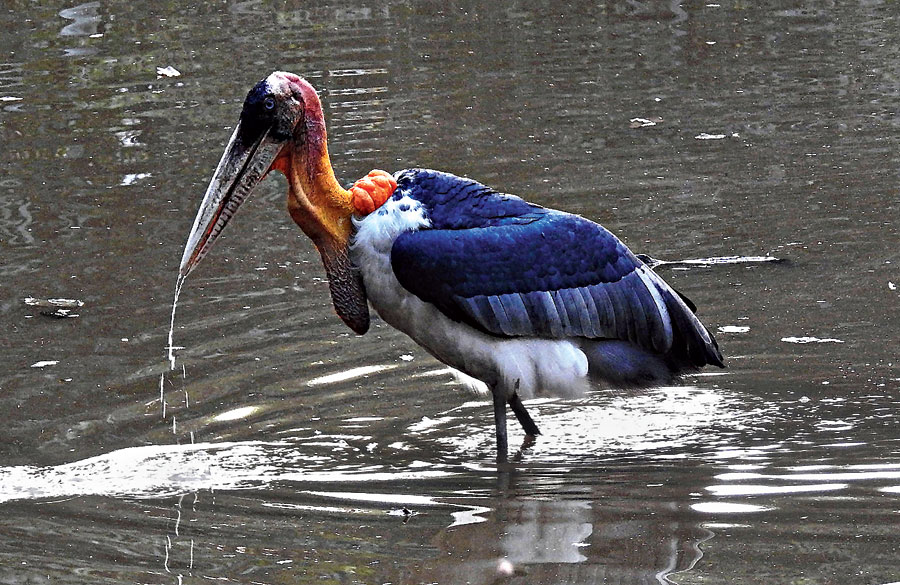 Greater Adjutant: Not spotted in the city in several decades

One of the reasons the bird is hardly seen in the city nowadays is the absence of large trees surrounding a wetland where it nests, he said. The eastern race is now found in small numbers in Kaziranga and Orang — two protected areas in Assam.

The number of Bristled Grassbird, another bird that could be seen in large numbers in the Dankuni wetlands or in the wetlands in the Rajarhat-Kharibari area, is dwindling in the city because of rapid urbanisation in Dankuni and Rajarhat, according to birdwatchers.

The bird can still be seen but in fewer numbers compared with some years ago.

The IUCN’s website mentions “wetland, grassland and shrubland” as the bird’s habitat.

Another bird with a Calcutta connection, the Greater Adjutant, has not been seen in the city for decades.

“There could be some birds that were seen in Calcutta and in other parts of the state several years ago... they have been not been put on the list of ‘birds of high concern’ in Bengal because we have kept birds under a state’s head only if they have been sighted in the past five years,” Ashwin Viswanathan, a research associate of the Nature Conservation Foundation, said. 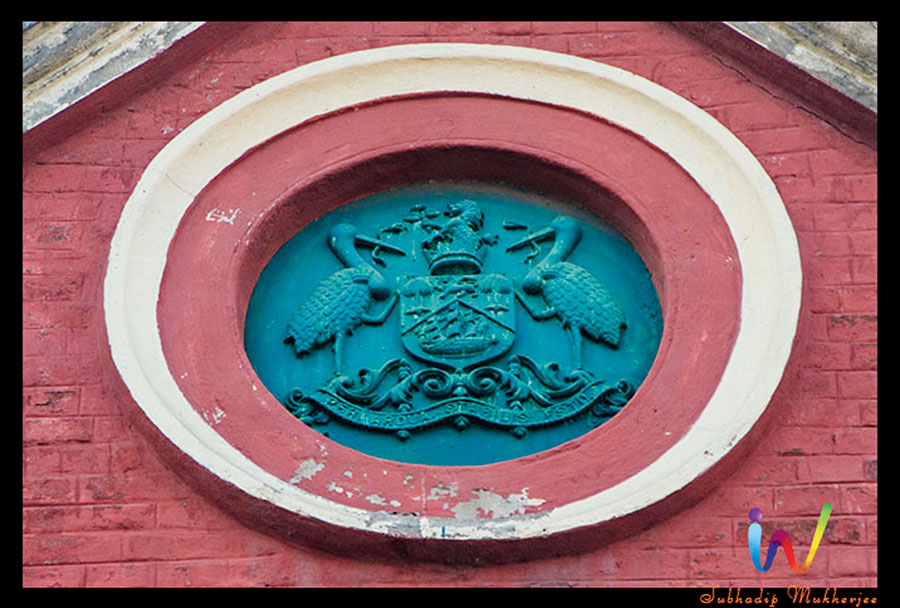 The old emblem of Calcutta Municipal Corporation that had two Greater Adjutants in it.
Picture courtesy: Subhadip Mukherjee

The organisation had partnered in preparing the report.

The Greater Adjutant, also called Calcutta Adjutant, was present in the old emblem of the Calcutta Municipal Corporation because it used to feed on garbage.

The CMC website mentions the “first emblem of the corporation came into existence in 1896. It represented two adjutant birds holding serpents in their beaks and carrying a crown on their shoulders”.

Chatterjee said the bird was known as hargila in Bengali. “The Greater Adjutants were valued as scavengers. There was a law to protect them... anyone who injured or killed the bird had to pay a fine,” he said. The IUCN Red List categorises Greater Adjutant as “endangered”.

Many birdwatchers told Metro that rapid urbanisation in Narendrapur, Rajarhat and Joka has destroyed the habitat of some birds, which used to be seen in Calcutta. Some of the birds of high concern are from north Bengal’s forests and hills, where their habitat is under threat.

The report has listed other birds that need close attention and conservation efforts in Bengal for their survival. These include Pale Capped Pigeon found in the Sunderbans and Malda.