Tikait to meet Mamata for greater involvement in farmer's movement 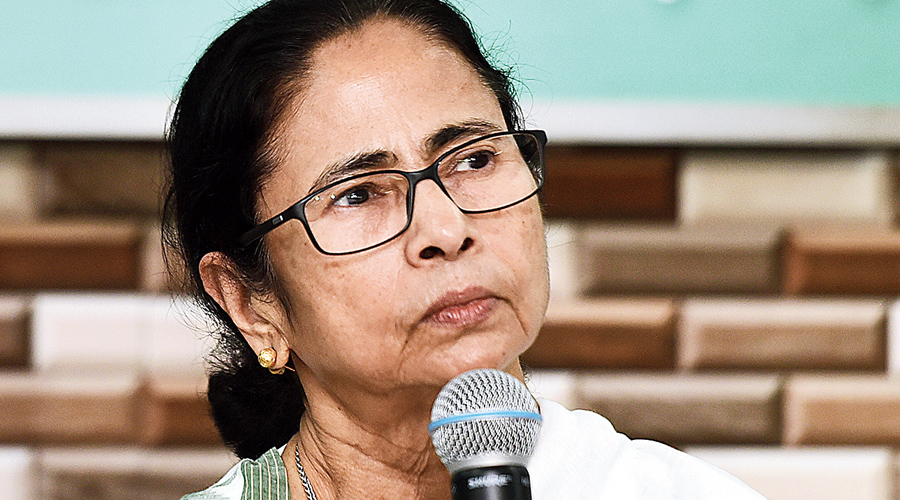 The BKU is part of the Samyukta Kisan Morcha that is leading the resistance against the farm laws.

“Netaji (Tikait) will visit Calcutta on June 9 to congratulate Mamata on her handing a crushing defeat to the BJP and to urge her to join the battle farmers have been waging on Delhi’s borders against the Modi government since last year,” a close aide to the BKU chief told The Telegraph on Sunday.

The aide added that Tikait and the Morcha leadership wanted to mobilise farmers in the states, and meeting Mamata was part of that plan. The source, however, did not confirm whether Tikait would meet Mamata in his individual capacity or as a Morcha leader.

The Trinamul Congress confirmed that Tikait and a few others were likely to meet Mamata on Wednesday.

“They see Mamata as a pro-poor, pro-farmer, pro-people mass leader who is a street-fighter capable of felling many a Goliath. They see a wider role for her now, beyond Bengal’s borders. That is why they are paying her a visit,” said Trinamul national spokesperson Sukhendu Sekhar Roy.

The BKU source said the BJP’s defeat, despite the aggressive campaign by Prime Minister Modi and Union home minister Amit Shah, in a predominantly agrarian state like Bengal reflected the farming community’s anger against the saffron brigade.

According to state government data, Bengal has 71.23 lakh farmer families, of whom 96 per cent are small and marginal farmers.

“The victory of Opposition parties in Bengal, Tamil Nadu and Kerala in the recent Assembly polls has given a big boost to the fight against the BJP. The farming community looks up to the leaders who have made these victories possible to further strengthen the fight against the Modi government’s farm laws,” a Morcha source added.

Roy said Mamata’s firm opposition to the farm laws and her unflinching support for the farmers’ movement was appreciated by those spearheading it.

In the early stages of the movement, Mamata had sent several delegations to the protest gatherings, spoken to many farmers there over the speakerphone and expressed her unconditional support.

All India Kisan Sabha general secretary and Morcha leader Hannan Mollah said Tikait could be calling on Mamata in his individual capacity or on behalf of the BKU.

“He (Tikait) is not meeting Mamata on behalf of the Samyukta Kisan Morcha. SKM leaders will travel to the states where polls are due next year and ask people not to vote for the BJP. As they had done in Bengal, the SKM will not ask for votes for any particular party or let any political leader use its platform,” Mollah said.

Siege of police station in Haryana after farmers' arrests