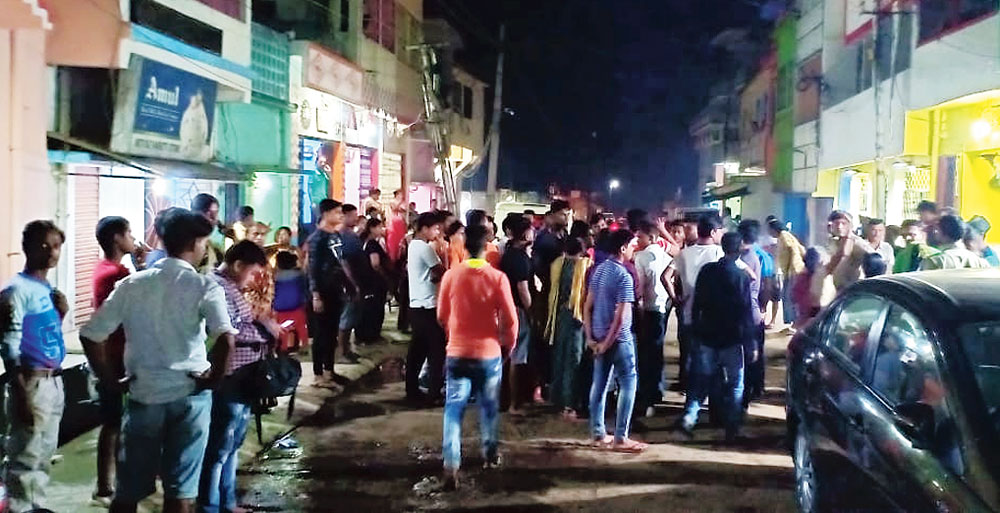 Two youths from Dhanbad posing as Jharkhand policemen with pistols in hand entered a dance room at the ancient Sitarampur locality in Asansol’s Kulti — famous for its baijis since the British era where young girls now dance to the tune of Bollywood chartbusters — and shot at a Bihar resident on Sunday night.

Sources said hundreds of people from Jharkhand and Bihar came to the area in West Burdwan known as Baiji para, close to the Bengal-Jharkhand border, to enjoy young girls’ dance.

The gunmen’s target was Amit Gupta, 30, who hails from Aurangabad in Bihar and a frequent visitor to the area. When he shouted for help, local people came rushing to the spot.

The two youths opened fire to scare them away and tried to escape on the motorbike they came.

However, more local people arrived and caught them and beat them up before handing them over to the police. The police arrested them and seized two improvised revolvers.

The arrested duo were Sanjay Mandal and Chintamani Mandal, both in their mid-20s and resident of Tundi in Jharkhand.

The police said they had come to the area to abduct Amit Gupta.

“When Amit resisted, they opened fire and tried to escape when local people came rushing. We will interrogate them to know why they had come to abduct Amit,” said a police officer.

Amit and the other three injured men were admitted to the Asansol district hospital. Doctors said all of them had received bullet injuries to their hands and legs.

“One of them, Mohammad Azad, was injured in the head when one of the miscreants hit him with a revolver butt. But the injuries are not serious,” said a doctor.

The police said the miscreants had told them that Amit was not returning Rs 1.5 lakh that he had borrowed from them.

“They came to Sitarampur to kidnap Amit to recover the money,” said the officer.